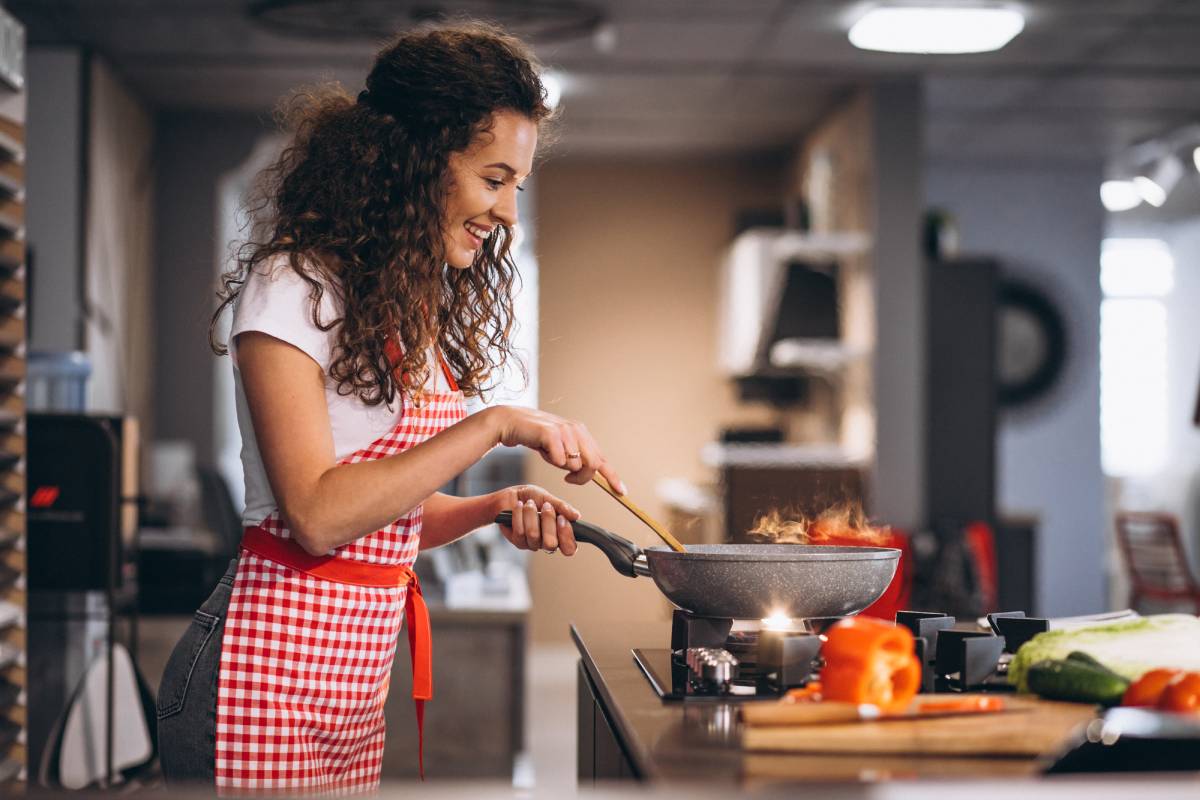 Since the quarantine began, we’ve all been trying our hand at some homemade dishes. We found ourselves stockpiling our cupboards and, instead of eating out, believing we were the next Chef Gordon Ramsay in our homes when we were encouraged to visit the grocery store less regularly.

Unfortunately, this was not the case. Whether I was following a recipe from my favorite vegan cookbook or just winging it in the kitchen, I have to admit that not all of my cuisines were spectacular (or even edible).

Fortunately, during quarantine, I discovered one tool that has assisted me in becoming the mediocre plant-based chef of my dreams: YouTube!

YouTube videos are phenomenal: you can learn anything from how to fix your hair to how to locate the derivative to how to prepare the ideal vegan dinner for free.

After sifting through the plethora of vegan cooking videos on YouTube, we’ve compiled a list of the top 7 vegan cooking channels for you to subscribe to or just watch.

Shaluz Love Book Shalu Bansal produces easy-to-follow Hindi recipes ranging from the most basic to the most complex. Her YouTube channel focuses on giving you the finest of North and South Indian cuisine, as well as continental recipes with desi flavors. With over 2.12 million followers and over 1000 dishes, she has developed a strong community on YouTube where she shares her enthusiasm for all vegetarian cuisine.

Jenne Claiborne is the wunderkind behind this channel. When she decided to go vegan in college, the Los Angeles-based chef found healthy eating. She says the change made her happier, more active, and better fed. She provides a lot of vegan recipes and healthy eating recommendations on her YouTube channel for anybody who wants to join her in living a better lifestyle. She even includes “meaty dishes” for those who like heavier taste bud fulfillment, vegan snacks, and where to locate the best goods for a vegan family.

Chef Chloe Coscarelli is best known for her participation and victory on Food Network’s “Cupcake Wars,” but she also serves up a delectable vegan fare on her dedicated YouTube channel.

Her latest cookbook, Chloe’s Vegan Desserts, and her collaboration with the well-known Official Hungry YouTube channel are helping her acquire recognition. Coscarelli’s personal channel now has 5.55k subscribers, but that figure is expected to climb!

Candice, who is from Canada, captured my heart when I discovered her playlist devoted to “veganizing” some of the most well-known fast food items.

You can learn how to prepare vegan versions of Chick-Fil-A, In-N-Out Burger, and Taco Bell orders from an ever-expanding library of recipes. She also prepares Pumpkin Spiced Doughnuts and Fondue.

If you want to see how delicious may be done in a healthy way, check out Archana Doshi’s YouTube channel. In addition to YouTube, Archana has a large fan network on Facebook and Instagram, which she uses to drive attention to her own website. She presents traditional Indian vegetarian cuisine from all throughout the country.

Her ‘Do-It-Yourself’ ideas and skills for everyday cooking set her apart from the competition. She began by posting about baby food on her website, and over time, she was able to accomplish some great work with Vikas Khanna and other prominent businesses, making her path extremely inspiring.

Ryoya Takashima hosts this very appealing channel. This channel’s concept is to “consume foods that are beneficial for all people, all wildlife, and the environment,” with the belief that “global peace” is achievable “through the dietary choices we make.” Takashima’s channel is visually and auditorily appealing, with a 2.4 million subscriber base.

IVR, founded by Meenakshi, includes 350+ vegetarian dishes ranging from breakfast to supper and snacks. Indian cuisine abounds, with everything from pakoras to curries and everything in between.

Here are seven of the most delectable plant-based YouTube cooking channels to make your vegan journey 100 times easier and more delicious. Good luck in the kitchen!