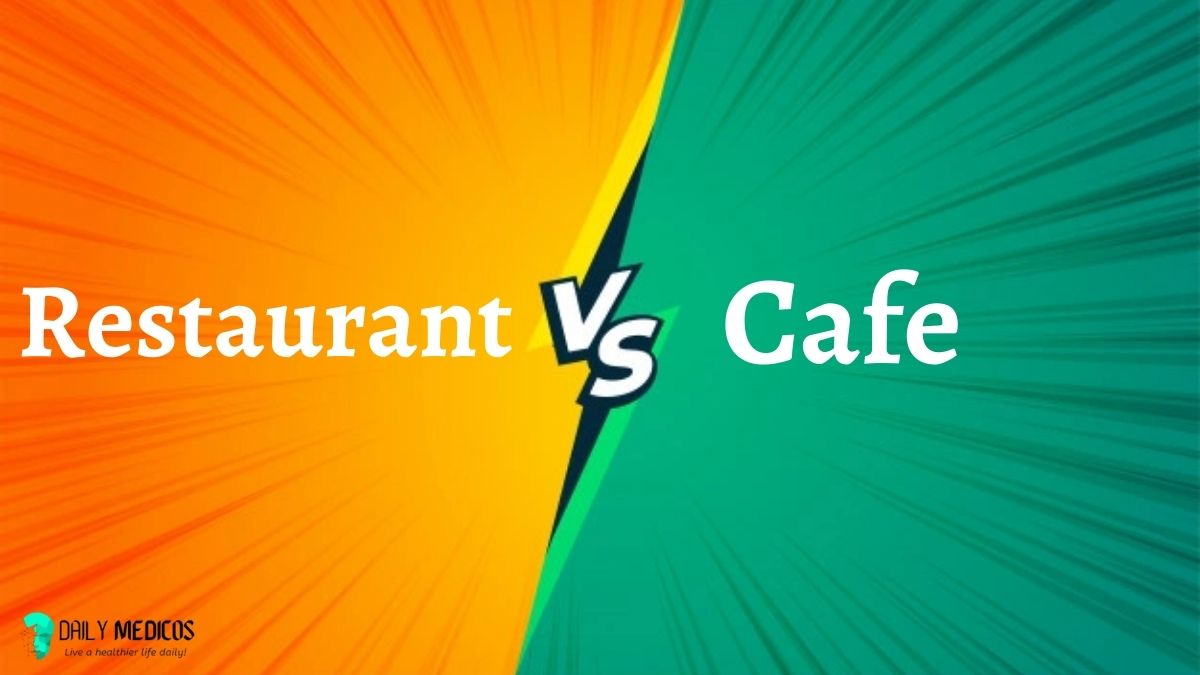 When it comes to food and where to buy it, certain terminology is frequently used. Restaurant and café are two of these words. Cafe Vs Restaurant, these two words are so closely interrelated that many people are either unaware that they have different meanings or just do not recognize the difference between café and restaurants.

What is the difference between a café and a restaurant? You may have wondered about it in the bathtub, or the question may have kept you up at night.

While some may say that coffee is only served at cafes, it is also available on the menus of several restaurants. Isn’t it true that if both of them provide food and beverages, they’re fundamentally the same thing? In general, any place that provides food and beverages is referred to as a restaurant. Cafes, on the other hand, are shops that provide various sorts of coffee and beverages.

Cafes are restaurants, but not all restaurants are cafes, according to this argument.

Don’t worry, we’ve got you covered before you have an existential crisis. Let’s start from the beginning and figure out what features differentiate the cafe from the restaurant.

What Exactly Is a Café?

A café is a small restaurant that serves light meals and drinks. It’s easy to confuse it with a restaurant on the surface, but when you look at its distinct qualities, the notion of a café becomes much more obvious.

However, the history of cafés may be traced all the way back to Mecca and the Arabian peninsula. By the time coffee became popular in the Ottoman Empire, the area had a plethora of coffeehouses where people – often intellectuals – would gather, discuss, and play board games over a cup of coffee. That doesn’t seem too far away from your favorite neighborhood cafe, does it?

Coffee has long been connected with energizing individuals and igniting their creative juices. It seems to be the reason that cafés were a favorite gathering place for artists and writers in England. The Café Procope in France, in particular, cater to the brightest minds of the Enlightenment, with Voltaire, Rousseau, and Denis Diderot as regulars.

Cafés are typically found in business districts or near city centers. This is because people who go to cafés for coffee generally do so at lunch or shortly before work. They’re also sometimes found in shopping malls to make it easier for their target demographic to get to them.

They specialize in the selling of modest meals and light refreshments rather than full course dinners. Coffee, hot chocolate, pastries, and pies are among the most popular items served at cafés.

Cafés generally have a relaxed environment and, depending on their location, offer both indoor and outdoor seating. They normally feature fewer seats and tables than other eating facilities, and they don’t provide extended meals, preferring instead to serve a fast bite to eat.

They normally sell reasonably priced snacks and beverages. A typical meal at a café would consist of a cup of coffee and a pastry and would cost between $5 and $15.

What Is the Definition of a Restaurant?

A restaurant is a place where people pay to sit and eat, and it is meant to offer whole meals, as well as meals with many courses in certain situations.

Although people have been selling meals all over the world for a long time, the name “restaurant” first appeared in 18th century France. In 1765, A. Boulanger, a French chef, started a company in Paris that served soup and other “restaurants” on its menu.

While they were not the first restaurants, they did offer a common term for the various sorts of food enterprises that popped up across the world. Restaurants can now be distinguished by their specialty (cuisine), quickness (fast food), formality (fine dining), and other novelties.

Restaurants vary from cafés in that they have a wider range of locations. They can be found in business districts, shopping malls, city centers, and other places. They are not specifically directed at travelers, hence they are not required to be situated in commercial districts.

They vary from cafés in that they sell whole meals rather than small snacks. There are restaurants that provide Chinese, Indian, gourmet, and other sorts of cuisine.

Customers are encouraged to sit down and enjoy their meal rather than rush through lunch or get a cup of coffee to go to these places, which are more formal than cafés. Restaurants may have a rigorous dress code depending on the type of restaurant.

Prices are higher at restaurants than in cafés since complete meals (often with numerous courses) are ordered. A full supper at a mid-tier restaurant can cost anything from $25 to $50 per person, whereas high-end gourmet restaurants can cost several hundred dollars per person.

Apart from hunger and diet, the difference in atmosphere between a café and a restaurant may be the deciding factor between the two.

Cafes offer a more peaceful, personal atmosphere in the conventional sense. Cafes are typically a haven for students, workaholics, and introverts due to their pleasant lighting, WiFi, and charging connections.

Almost every cafe has that one customer who is engrossed in a book. There would also be that one group of (not-so-quiet) coworkers discreetly discussing a project or work issue. Along with the ambient guitar music playing in the background, the strong aroma of coffee unites the entire experience.

The environment of a restaurant, on the other hand, promotes larger groups of people to engage. You wouldn’t go to a restaurant buffet to “wind down.” People would look at you strangely if you took a book to a fast-food restaurant. As a result, restaurants are more inclined to hold large gatherings such as reunions, get-togethers, and send-offs. After all, who wouldn’t want to create memories over a delicious meal?

Reuniting with pals you haven’t seen in a while, on the other hand, would be more thrilling and eventful at a larger place. Trying new foods on a first date might be a terrific way to keep the conversation going. It would allow for less awkward silences than simply hanging out at a cafe.

Although cafes are classified as a sort of restaurant, they are obviously distinct from other eating places. While a fast food restaurant and a buffet may have certain similarities, the same cannot be said for cafés.

Despite current tendencies that blend the two, there is still a definite line that separates them. Although cafés cater to the artistic community, social butterflies would still prefer a steakhouse or a bar.

Aside from the food on your plate, the experiences we have at restaurants feed our souls as well. When you’re torn between the two, just look inside to see what you actually need.