“Our soul may be seen via our eyes.” This is most likely a well-known proverb that we have all heard throughout the years. This is most likely correct, according to psychologists. They can know a lot about a person just by looking at them and gazing into their eyes since they are professionals in the subject.

The ‘Reading the Mind in the Eyes’ Test, devised by a team of academics at the University of Cambridge 20 years ago, is a test of ‘cognitive empathy’ (or the Eyes Test, for short). This showed that people can quickly deduce what another person is thinking or feeling just by looking into their eyes. It also revealed that some of us are better at it than others and that on average, women outperform males on this exam. The findings indicated that, on average, women do better on this test than males.

More crucially, the researchers proved that our genes have an impact on how well we do on the Eyes Test, and they went on to find genetic polymorphisms on chromosome 3 in women that are linked to their ability to “read the thoughts in the eyes.” 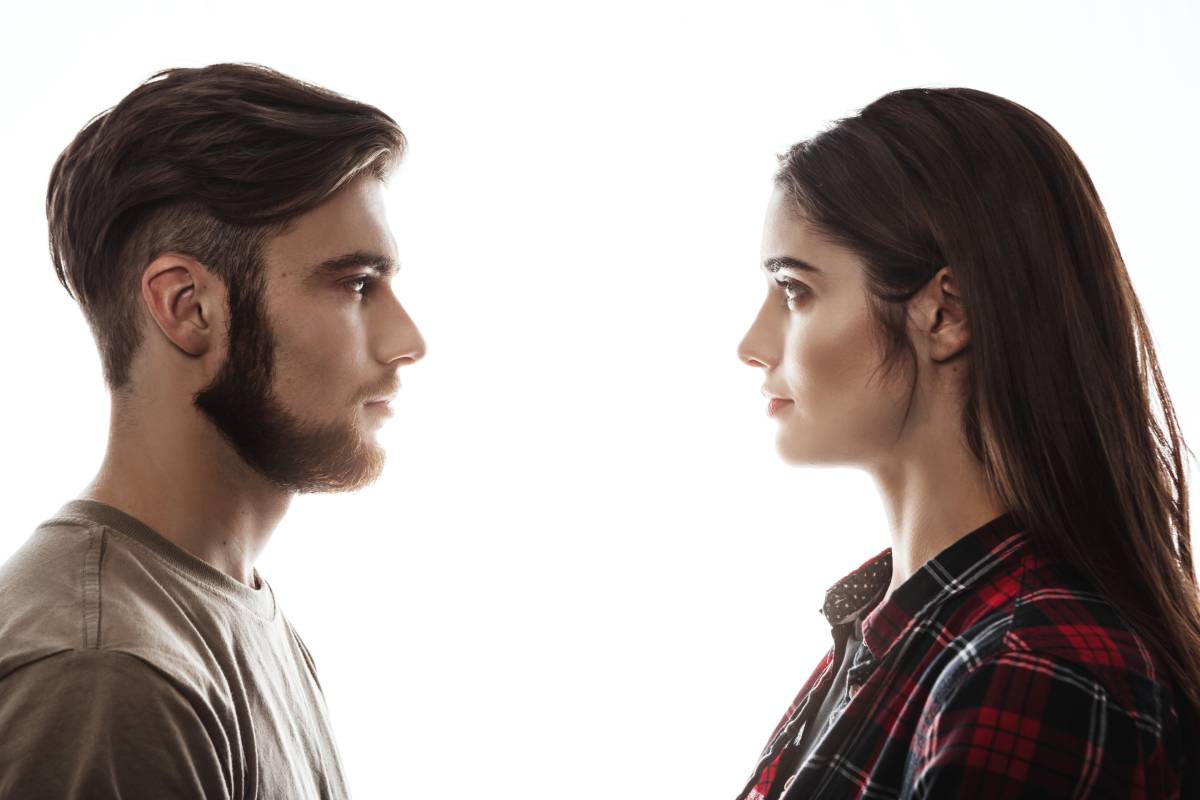 So, what is the science underlying the behavioral movements of the eyes? Let’s investigate this.

When it comes to our regular encounters with others, we must maintain eye contact. Establishing excellent eye contact with the person you’re speaking with is essential if you want to be as effective and personal as possible. “As long as the person being stared at wants it, eye contact may have a memory-boosting, prosocial, and stimulating effect.” If the person you’re looking at is returning your gaze, lighting up, becoming more conversational, straightening their posture, or relaxing as you look into their eyes, you’re doing fantastic,” says  Katherine Schreiber.

“We spend a great deal of time gazing at other people, particularly their faces. “We’re also taught to look people in the eyes when we speak to them, and it might be awkward if the person we’re speaking with keeps looking away,” says David Ludden, Ph.D., a psychology professor at Georgia Gwinnett College.

According to psychologists, people avoid looking at and making eye contact with others because they are either being dishonest, attempting to deceive a colleague, or feeling humiliated.

As a result, when they meet with their clients, the patients who avoid eye contact are generally the ones that need to be focused on. This allows them to be more open and honest with their psychologists.

Robert A. Lavine, Ph.D. noted, “When we gaze at a person or an image, our eyes pause, or focus, on one location at a time, generally on the eyes or lips.” “These fixations normally occur at approximately three per second, and the eyes then jump to another area,” he explains, “until numerous critical spots in the image are registered as a series of snapshots.”

Persistent eye contact is the other extreme on the opposite end of the spectrum. The goal of this body language is to frighten and fear others. The recipient becomes too studied and uncomfortable as a result of this overpowering body language.

Participants were invited to chat and engage with another person over a two-way video broadcast in a research done by Evan Risko, a psychologist at the University of Waterloo.

They discovered that individuals who they believe are socially inferior to them create greater eye contact with them. When speaking with a perceived social superior, individuals also have a tendency to turn away.

What is the most ideal length of eye contact based on this? Researchers used volunteers from London’s Science Museum to try to address this question.

By exhibiting faces in video clips, they were encouraged to provide a score based on how comfortable they felt per length of eye contact. The duration varied from a tenth of a second to ten seconds.

The individuals were most at ease with three-second eye contact, according to the findings.

When a person is thinking, psychologists analyze the direction of their eye. When they look to their right, it indicates that their minds are dominated by creative ideas. In a variety of settings, this conduct might indicate that someone is intending to deceive you (e.g., creating their own stories or version of individual events).

Looking to their left, on the other hand, indicates that they are trying to recall or relive memories. Looking in this way implies that what they’re about to say is founded on facts and reality. However, we should switch the signs if the person is left-handed.

In comparison to the other two, the pupils are an uncontrollable aspect of our body language. According to a 1975 research by Eckhard Hess, our pupils widen if we are engaged in the issue or the person with whom we are conversing. Psychologists utilize this to identify whether their patients want to attend treatment sessions or are simply there because they are required to.

At the same time, others use the pupils to determine whether or not they can trust a person. According to research, patients unconsciously observe the conduct of their psychologists’ students. If they dilate, the client will experience emotional stimulation and desire. They imply that their psychologists are reliable.

Patients, on the other hand, feel more intimidated when their pupils narrow, and they believe their psychologists are less trustworthy.

Yes, blinking is a natural reflex. The blinking rate, on the other hand, influences our feelings and emotions toward the individual with whom we are engaging.

A person’s typical blinking rate is between 6 and 10 times per minute. Blinking faster than the typical rate indicates that the person on the other end is interested. Blinking is a sign that you’re flirting.

We can honestly state, based on the principles above, that psychologists have a solid foundation for evaluating patients. They don’t only read people’s minds. They read ideas through their eyes instead.