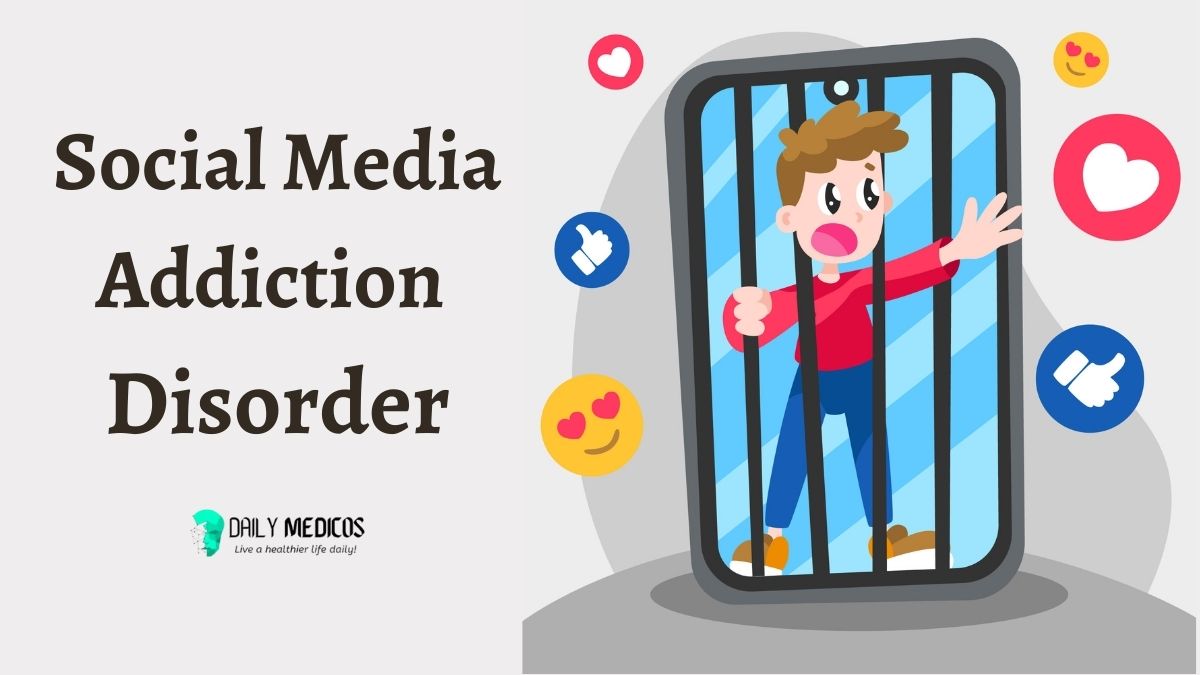 Since the growing popularity of social media a decade or so ago, online communication has undergone a spectacular transformation, creating a new pathway for human interaction. Although social media is still immensely popular, parents, the media, and even social media users are becoming more aware of its dangers. Researchers are trying to find out how prevalent social media addiction is and what that means for users and social media companies.

A formal diagnosis of social media addiction does not exist. Social media use is proliferating, however. Facebook, Twitter, and Instagram are examples of social media tools that allow us to keep in touch with family and friends who reside far from us.

There are lots of people who spend hours on Facebook updating their statuses, uploading new photos, leaving comments on others’ posts, and playing games. When a person is addicted to social media, he or she loses focus on the physical world and is less engaged in relationships.

The effect of social media on young minds

In both a physical and psychological sense, social media is addictive due to the effect it has on the brain. Harvard University researchers have found that people who make themselves vulnerable on social networking sites activate the same part of the brain that is activated when they consume addictive substances.

Biological and chemical messengers govern decisions and sensations in the reward area of the brain. Dopamine levels rise in the brain when someone experiences a positive experience or uses an addictive substance. Consequently, the brain is rewarded and associated with positive reinforcement with the activity or drug.

Those using social media can observe this phenomenon; when they get a notification, such as a like or mention, the brain releases dopamine into the reward pathways, causing them to feel pleasure. With social media, you can gain as much attention from others as you like for virtually no effort. In this way, the brain develops a desire for likes, retweets, and emoticon reactions and rewires itself.

In addition to the fact that people are most likely to talk about themselves when they are using social media, reward centers in the brain are also active whenever they use social media.

About 30 to 40% of the time, people talk about themselves in the non-virtual world. In social media, however, people are all about showing off their accomplishments and lives, so 80% of the time they will talk about themselves. Posting a picture to social media may result in positive social feedback. Dopamine is released in response, rewarding the person and causing the habit to persist.

If someone views social media as a coping mechanism for stress, loneliness, or depression, then their use of social networking sites becomes problematic. As a result, they are driven to engage in social media use more and more as they get continuous benefits they don’t receive in real life.

In the long run, continuous use of electronic devices can lead to a variety of problems, including neglecting real relationships, responsibilities at work, and physical health, thus exacerbating an individual’s undesirable moods.

As a result, people become even more engaged in social networking activities to ease dysphoria states of mind. Social media users often repeat this cycle of relieving unpleasant moods with the use of social media, resulting in an increased psychological dependency on the web.

A certain sense of addiction to social media is inherent to online media as a whole. Companies that operate today’s most popular social networking sites and apps work hard to increase the number of people they can attract onto their platforms as well as maximize the amount of time they spend on them.

If a person spends more time scrolling through social media, the more ads can be run, and the more likely it is that they will make a profit from their product. When it comes to getting people to stick with your platform, it comes down to business, and a great online platform is built for brutal efficiency.

It is possible to communicate quickly and easily through social media despite thousands of miles of distance, so it is a great tool for good. As well as engaging communities, receiving customer feedback, creating groups and meetups, and more, it can also be a useful tool.

As a result of social media incentives that encourage voyeuristic looks into people’s lives, while encouraging maximum curation and reputation edits, online media often paints a person’s life as much more exciting and tempting than yours, while in reality, it is the opposite. Social competition and belonging can be exploited in this way, leaving people feeling out of the loop or less desirable.

Online media is an excellent platform for people who have difficulties maintaining relationships or communicating in person. It’s a positive thing, but avoiding addressing the issues of social anxiety isn’t a good idea, especially since excessive screen time can have both negative psychological and physical health consequences.

In light of the rapid change and evolution of social media over a short period of time, parents may find it difficult to keep up with what their children are doing. It may even seem easier not to ask questions as some parents may be overwhelmed at the prospect of their teenager or adolescent participating in social media on so many platforms.

Keeping communication channels open with your child can help them establish healthy boundaries with their social media use. Keeping a child’s internet and social media use under parent supervision may become even more important than ever.

Social media, especially today, can easily become a type of process addiction, where time spent interacting on social media is taken from other tasks and functions, such as starting and maintaining relationships, doing schoolwork, or taking part in extracurricular activities.

Those who scroll through social media on their smartphones for hours on end instead of actually conversing with family and friends may seem more content, but that doesn’t mean their actions are positive.

What Can Parents Do to Help Their Child?

Parents who closely monitored their children’s social media accounts had a profound effect on their psychological wellbeing, virtually eliminating the negative implications of the online conflict for their kids.

When it comes to shaping the life of your child, you should look in the mirror and try not to be judgmental. Do your best to make sure you’re not walking the addiction path yourself, or worse, that you’re not already an addict.

As a parent, it is quite easy to take kids for granted and to assume you are omnipotent. Using social media irresponsibly is not a good idea for parents. You should instead use social media to achieve sound goals and for purposes that even children can understand. Your actions are being monitored closely by the kids who will use the lessons learned as building blocks in the coming years.

Setting boundaries is the key to managing screen time. Establish “no screen” intervals during the day, such as during dinner time, before bedtime, and after waking up. You should create boundaries not just about time, but also about areas of your home, like the bedroom, where screens should not be allowed.

When you are about to go to sleep, don’t pick up the computer or the television unless you absolutely have to. Every time we use our screens late at night or when we should be asleep, we’re inducing jetlag due to the bluish light that tells our bodies it’s daytime.

Whenever your children are angry, bored, or sad, it’s natural for them to feel that way, but if you comfort them with screen time every time, they won’t learn to cope with those emotions naturally.

As a result, they might become accustomed to — or even addicted to — their devices. You should instead help your child to change their bad mood rather than handing them a screen. All a child needs from you is a hug to show that they are important to you.

This shouldn’t be your first choice, but it could end up being the smartest one, depending upon the circumstances that you face. As parents, you would obviously want your child to listen to your advice and refrain from spending too much time on social media.

However, it’s also more than likely that your child would somehow want to find a way around and that’s where a good parental control app like Fenced.ai can come to your rescue. Apps like these allow you to monitor how much time your kids are spending on social media platforms and what kind of content they are engaging with while being active on the platform.

Keeping an eye on Internet logs and history, learning about parental control software, and installing filters all involve a certain degree of computer knowledge. Every parent should learn technical terminology (as well as popular language) and be comfortable with computers, at the very least enough to know what their children are doing. Learn where your child goes online by taking an active role in his or her online life.

While it may seem that this is an uphill battle, keep in mind that you can influence how your child views the effects of social media use. As opposed to forcing your teen to make a decision, you should encourage them to make the right decisions – but gently nudge them in that direction. The structure is key. You should limit your child’s screen time and monitor their phone usage if you’re still in control of their privileges.

You shouldn’t intrude on your child’s privacy, but remind them to balance their computer time with chores and homework. Also, encourage them to play outside rather than stay inside with their friends. Millennials today are digital natives and have grown up in an age where the Internet and social media play a huge role in their lives. There is a difference between social media use and social media abuse – but their concept of friendship and communication is very different from their parents.