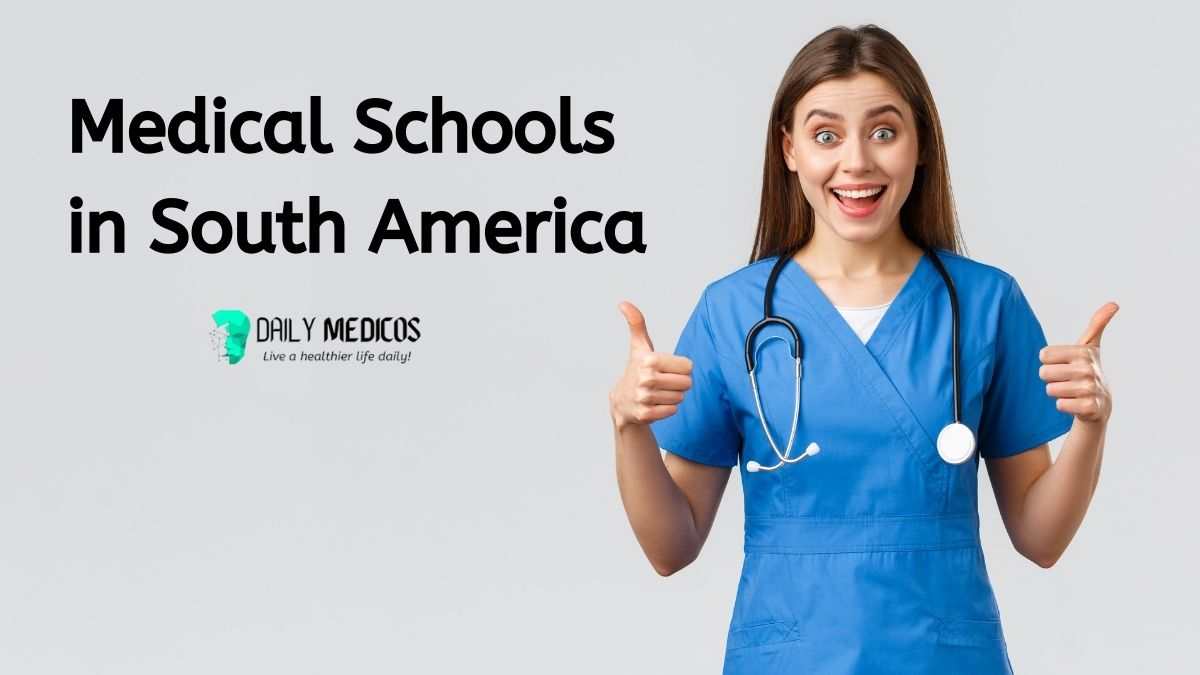 With the leading MBBS universities, the South American region is full of opportunities for students who are seeking their medical studies and need international exposure.

South America offers the most affordable MBBS programs compared to other countries around the world. Besides, many colleges award medicine degrees, but most of them fall way short in terms of awarding solid medicinal education.

Learning at reputable medical schools in South America tremendously benefits students in developing their analytical and communication skills. The learning then serves as a tool when applying for positions in medical organizations and institutes.

Because quality education entails much more than just researching for four years in school, it’s important that you make a wise choice.

No matter which university you pick, all of them follow the same admission criteria according to the medmission.

If you match these qualifications, it’s time to get to the next section.

So we have done rigorous research and arranged a list of top 10 medical schools in South America that you can join at a reasonable fee, without extensive English tests.

The Universidade de São Paulo (USP) is Brazil’s older most university founded in 1934. It’s one of South America’s most notable higher research and education institutes especially when it comes to medicine.

USP is in the province of Sao Paulo, Brazil with college campuses in eight cities. USP’s academic framework is divided into 42 schools, six specialized institutions including medicine and law, and four major museums.

Why University of São Paulo?

The University of São Paulo’s medicine curriculum is based on research precepts from medical education. It’s the outcome of multiple meetings with instructors and students, and is backed by international experts, and caters to various challenges that students face in medical training.

The Universidade de São Paulo reduced the amount of time given to lectures while increasing the time dedicated to mentoring conversations and clinical reasoning.

Without ignoring the need to gain insights and scientific foundations that guide medical practice, the school ensures that the syllabus is always rooted in the key findings.

The University of São Paulo decided to break its scholastic year into semesters. 1,000 USD per oд. A year of master’s education at USP typically costs $1,000.

Lincoln American University is among the fastest-growing medical campuses in South America. Its recognition in numerous countries worldwide gives medicos a golden chance to explore all its avenues, top-class medicine education, and competitive professional advantage in medical institutes.

Lincoln American University’s medicine degree increases your competitiveness as a medical professional because having a globally renowned school opens doors not just in your native country but also worldwide.

You can apply online to pursue your medical degree in Guyana, South America, for admission to Lincoln American University’s medical school.

The Lincoln American University School of Medicine has a fee structure based on semesters. First-year as $11,000 and following 4 years as $6000

The National Autonomous University of Mexico was founded on September 21, 1551. It is Mexico’s and South America’s largest, most prominent, and a cheapest medical university. In the QS World University Rankings 2010, UNAM was placed 261st for Life Sciences in Medicine.

Most university courses at NAUM are taught in Spanish, most graduate programs include a five-week intensive Spanish language program for international students who have to polish their language abilities.

NAUM has ties to three Nobel Laureates: one in peace, one in literature, and one in chemistry. Five Mexican presidents and several well-known journalists, intellectuals, and lawmakers are among the noteworthy graduates.

The National University (UNAM) costs roughly 25 peso cents per year for a Mexican student, which is comparable to one hundred euros annually. It is expensive for international students, although it is less expensive than any European university.

Why Catholic University of Chile?

PUC’s top popular programs include Life Sciences and Medicine. It is well-known for consistently placing in the best 5% of universities across the world. The university is regarded as one of the greatest in terms of educational quality, ranking in the top 100.

Traditionally, the academic year is divided into semesters. Fees for bachelor’s degrees are approximately 9,000 USD each year. PUC’s master’s medical program is not inexpensive; a year of study will set you back $9,000.

UBA’s most successful programmes are:

The University of Buenos Aires operates on a quarterly basis.

Why University of Buenos Aires?

In terms of educational quality, the University of Buenos Aires is among the top 100 in the world. Buenos Aires’s university graduates are in high demand among businesses in Argentina and around the world due to their excellent teaching standards.

UBA offers cheap bachelor’s degrees for less than 1,000 USD per year. A master’s degree may charge an applicant approximately $1,000 every academic year. Online degree programs are available at the university.

The Universidade Estadual Paulista (Unesp) was established in 1976. It is a reputable medical university with accomplished staff members, fully accredited programs for medical students, and a solid research basis—all of which will continue to be priorities.

UNESP is among Brazil’s biggest and most influential medical schools due to its notable teaching, research, and extension activities. UNESP is Brazil’s most productive multi-campus university program.

UNESP offers cheap bachelor’s programs for less than USD 1,000 per year. A year of master’s coursework at UNESP will cost around $1,000.

The Universidad Nacional de Colombia, or the National University of Colombia, was first established in 1867 by order of the Colombian Parliament. Since then, it has expanded to be the state’s most prominent higher education institution.

These are among the 430 academic programs available to undergraduate, postgraduate students:

UNC is frequently ranked among the top colleges in Latin America for both its research and education environments.

The Universidad Nacional de Colombia’s rules, facilities, creativity, professionalism, and professionally competent professors solidify it as one of Colombia’s and Latin America’s most influential universities.

The National University of Colombia is one of the universities that splits the academic year into semesters. UNAL offers cheap bachelor’s degrees for a little less than USD 1,000 per year. A year of master’s studies at UNAL will cost around 3,000 USD.

PUJ is a private institution that was established in 1623. It is one of Colombia’s earliest and most conventional schools, with primary premises in Bogotá and a sectional branch in Cali. The Society of Jesus administers it.

Pontificia Universidad Javeriana is among the 31 medical schools in Latin America committed to the Society of Jesus and 114 worldwide.

The Pontificia Universidad Javeriana was the first institution of higher education in Colombia to be granted institutional accreditation by Resolution No. 1320 issued by the Colombian Ministry of Education on June 12th, 2003.

The University selects students with the finest academic credentials from among its candidates. Its alumni are noted for their professionalism, teamwork abilities, and valuation of human governance.

Tuition for bachelor’s degrees at Pontificia Universidad Javeriana is approximately 7,000 USD per year. Those wishing to pursue a master’s degree in this country should budget at least 9,000 USD per year. Students can participate in a variety of scholarship programs at the school.

The University of Chile was established on November 19, 1842. It is Chile’s oldest higher education institute. The mission and foundation of the University’s objectives are to generate, develop, integrate, and communicate information in all aspects of research and civilization.

The University of Chile is rated 392nd in the list of Best Global Universities for medicine based on its performance throughout a multitude of disciplines regarded as excellence factors. Universidad de Chile contributes with their profession and drives the learning they provide.

The University of Chile owns one of Latin America’s first astronomical observatories, The National Astronomy Observatory, founded in 1852. The school is certified with accreditation in all categories from management, undergraduate teaching, graduate teaching, research, infrastructure, equipment, to outreach (2018-2025).

The academic year is divided into semesters. A year of bachelor’s study will set you back about USD 5,000. A UC master’s degree will cost a student approximately 7,000 USD each year.

The Federal University of Rio de Janeiro, also referred to as the “University of Brazil” and shortened to UFRJ, has been one of Brazil’s greatest and well-known medical universities.

The university, built by the Brazilian state in 1792, has had a huge impact on public life in Rio, being in charge of labs, libraries, and hospitals.

UFRJ was named the second-best institution in Brazil and the nicest Federal University in the country by the Ranking Universitário Folha (RUF) in 2015.

Federal University of Rio de Janeiro has been in continuous operation since 1792, when the “Real Academia de Artilharia, Fortificação e Desenho” (Royal Academy of Artillery, Fortification, and Design, precursor to the university’s current Polytechnic School) was founded and has served as the foundation for the country’s college system since its officialization in 1920.

The academic year has a semester system at many other Brazilian institutions. The fee for the first year is  1,000 USD per oд. A master’s program will charge an applicant approximately USD 1,000 every academic year.

We did our best to cover everything that came under the umbrella of the top South American universities.

If you are an aspiring medical student and need any assistance, you can reach out to the school’s counselors to get direct help with the admission process.