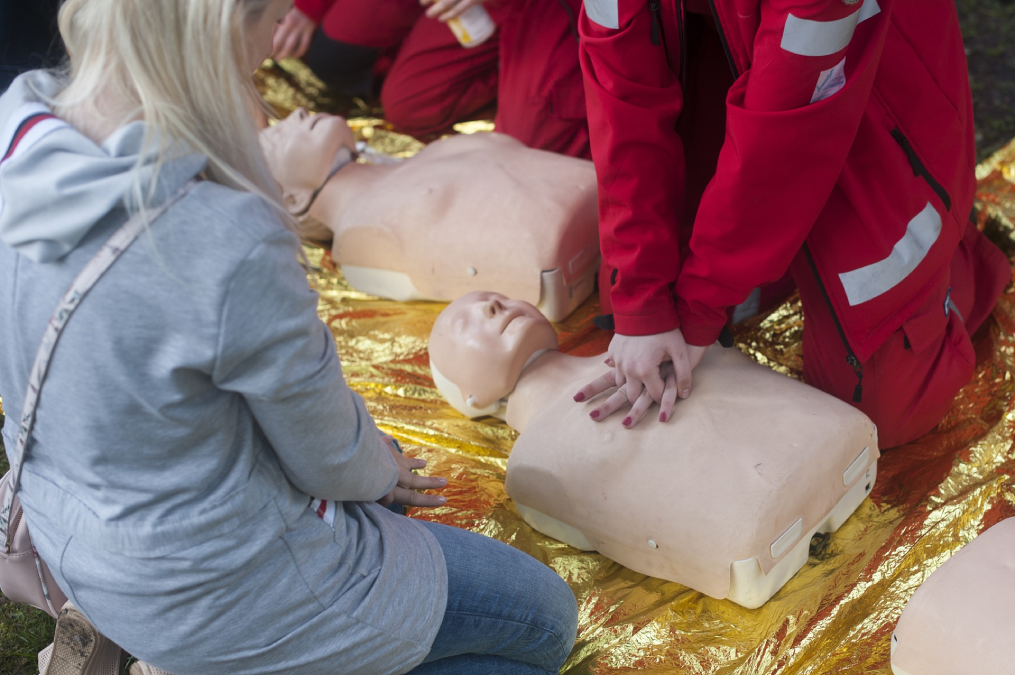 Italy, often regarded as one of the most beautiful landscapes, remains among the most popular tourist and educational sites.

Some people enjoy the stunning views, ranging from Rome’s classical grandeur to the Shakespearian elegance of Verona, from an ageless stroll in Florence to restful evenings in Cinque Terre.

Some people enjoy the meals and the excellent coffee, some will like the rich historical architecture, but Italy is not just for pleasure and enjoyment. There are some awesome medical schools in Italy that you’ll love to study in.

Getting medical education from prominent universities like the Sapienza University of Rome, University of Bologna, Politecnico di Milano, University of Turin, or The European School of Economics offer you a wide range of med programs and specialization options.

Talking of medical school in Italy in terms of tuition (about 1000/year) and overall expenditures (around 1000/month), it may be less expensive than studying in France, the United Kingdom, or Germany.  This economic advantage can be a consideration for medicos who are still deciding on their scholarly location.

Medical schools in Italy offer medicine, International Relations, Architecture, and Fashion Design are just a few of the degrees in English. Most institutions include Italian classes in their curricula, making it easier for prospective students to adjust and learn the language.

Studying in Italy is hands down an amazing experience. The region is highly varied in terms of heritage, culture, and sense of well-being. This is a significant factor in terms of multiculturalism and is full of worthwhile exposure for a medico.

Here’s our list of top 10 medical schools in Italy.

This was a shortlist, we are now going to get into details.

List of Med Schools in Italy for International Studetnts

The University of Pavia, established in 1361 in Italy, is one of the oldest medical schools in Italy. It is located 35 kilometers from Milan.

It was the major university in Milan and the broader region of Lombardy until the twentieth century.

The University of Pavia provides medical students access to the San Mateo Medical Center, one of Italy’s most renowned and innovative research centers. Students can choose from around 80 undergraduate programs, 42 master’s programs, and approximately 20 Ph.D. programs. These are available through 18 departments and are supplemented by the school’s 30 libraries.

Around 1,500 of University of Pavia’s students are international, and the instruction medium is English. Pavia takes pride in its global view and has over 400 relationships with universities and institutes worldwide and over 700 ERASMUS exchange programs.

It’s impossible not to mention the University of Milan when talking about the top medical schools in Italy.

The University of Milan is a research and educational university that is characterized by its wide range of disciplinary subjects. It has eight faculties and two schools, as well as teaching staff of over 2000 instructors.

The University of Milan’s medical school, along with several other facilities, was established in 1924, and this distinguished medical school has since cultivated the world’s top medical professionals.

This medical school in Italy has an unshakeable international reputation as a medical school that offers both graduate and postgraduate medical degree programs. It does, however, have a distinct medical program, which is organized primarily into two distinct programs.

The University of Naples was founded in 1224. It is still one of the world’s oldest universities founded by a president after Frederick II, Holy Roman Emperor and King of Sicily, sought to build an academic establishment that the Church did not greatly influence.

However, it wasn’t until 1987 that the university was renamed Federico II in honor of its patron.

The University of Napoli Federico II is a more appealing alternative for non-EU candidates than the other medical school because it has more non-EU slots. Furthermore, the IMAT score necessary for admission is lower than that of other colleges. Napoli Federico II was Italy’s unique Medicine and Surgery school that prioritized non-EU applicants above Europeans.

Learning medicine in Naples provides all of the advantages of the South, including a warmer climate, friendlier people, a lower cost of living, fewer rules, and more opportunities for retirees.

4. The University of Milan-Bicocca, 6 Years Program

The medical school of the University of Milan-Bicocca, also known as Bicocca and Bergamo due to the location of its teaching hospital, was introduced in 1998. For a medic who’s searching for top rated medical schools in Italy, this school is the way to go.

The teaching technique of the University of Milano-Bicocca medical school is considerably distinct from that of any other med school in Italy. This med school employs a learning technique based on problem-based learning (PBL) (Problem-Based Learning) to increase educational quality even further.

The teaching approach is more effective than the teacher-classroom teaching methodology because it improves group collaboration and team learning. The University of Milano-Bicocca provides multiple types of physio-pathological linked networks, including the ones mentioned.

The University of Turin has been one of the oldest and most prominent medical schools in Italy.

The University of Turin, with approximately 74.000 students (undergraduate and postgraduate) and 120 buildings in diverse sections of Turin and significant towns in Piedmont, might be regarded as a “city-within-a-city” supporting culture and providing research, development, education, and employment.

Many courses are given in English, and prospective students can receive Italian language instruction as well.

The University of Bari Aldo Moro is an open, state-supported institution for higher learning. Like most medical schools in Italy,  Bari Aldo Moro was also founded in 1925, with the leading site in Bari, which also houses the medicine department.

Bari Aldo Moro university has 12 faculties spread across three locations and serves almost 50,000 students. Being one of the most prominent in Italy, the university is a top option for international medicos.

The Aldo Moro Faculty of Medicine in Bari solely provides a 6-year med course in English. Its goal is to train medical students to be medically autonomous and capable of making vital decisions independently.

The University of Bologna is a state university that dates back to 1088. One thing about most medical schools in Italy is they are as old as the hills.

Over 85,000 students attended the Italian university in the most recent academic year, with approximately 7% of the student body being global. The university includes five facilities in Bologna, Cesena, Forli, Ravenna, and Rimini.

Their ultimate focus from conception has been to produce qualified doctors in their particular fields and have all of the required skills and procedures to help them be the strongest they can be.

They are well renowned for their clinical practice guidelines and core principles. They are a medical program following the Bologna process, EC Directive 2005/36/EC, and the Thematic Network on Medical Education in Europe (MEDINE) which drafted the European Specifications in Medical Education.

The University of Rome La Sapienza, a medical school that offers a variety of courses, has three primary medical departments. These comprise the faculties of Medicine and Dentistry, Medicine and Pharmacy, and Medicine and Psychology. They build a medical fortress that is a dominant player throughout the world.

With over 200 years’ worth of expertise in education, this medical school truly has what it takes to train individuals who will bring about improvement in the health industry. Furthermore, the University of Rome La Sapienza has a reputation for graduating outstanding medical students.

Among all other medical schools in Italy, studying medicine at the University of Rome La Sapienza will open doors of professional opportunities for you.

The University of Rome Tor Vergata is Italy’s leading medical school, with 640 hectares. This med school, based in a south-eastern suburb of Rome in the heart of Italy, is an excellent starting point for any student aspiring to be an amazing medical professional.

Besides the primary care and surgeon degree, the University of Rome Toe Vergata also provides Medicine and Dentistry, three-year Bachelor of Health Science programs, and various other Ph.D. lessons.

When it’s about medical essentials, this medical school has made significant advances in sectors such as:

Both EU and non-EU candidates must have their secondary diploma, when applying to medical schools in Italy, in addition to their IMAT test score. If you are ultimately awarded the admission to study medicine there, you will be on your way to Rome.

Luigi Vanvitelli University in Naples’ is a recognized medical school in Italy. With 16 faculties spread across five territorial areas (Naples-Caserta), it brings on high research, encourages the formation of business initiatives and academic researchers, and maintains a constant focus on internationalization and intercultural communication with other community colleges.

Luigi Vanvitelli, like other colleges and universities in Campania, provides a variety of services to first-year students, including free Italian classes, a buddy system to greet students upon arrival, and an international student app that allows students to communicate with their peers and the students enrolled.

The Luigi Vanvitelli medical program’s goal is to prepare a healthcare practitioner with a biopsychosocial cultural context. They work to provide medicos with an interdisciplinary and embedded vision of the most common chronic diseases and illnesses.

Studying at Luigi Vanvitelli University, a medical student can get a degree of specialization, judgment power, operations efficiency, and maintenance independence that enables the effectiveness of all the processes related to healthcare system organization.

Italy is a fantastic place to study medicine because of its top-notch medical schools and its rich historical legacy, gastronomy, overall ambiance, and kind people.

Getting selected to any of these medical schools in Italy will let you enjoy la dolce vita just where it was invented while learning information that interests you the most.

You can sip the best coffee in the world while trading stories with your fellows. Go out and eat yummy ice cream in a chic restaurant or savor great pizza, lasagna, and pasta at a trendy restaurant.
Medical schools in Italy will undoubtedly offer you an experience you will never forget!