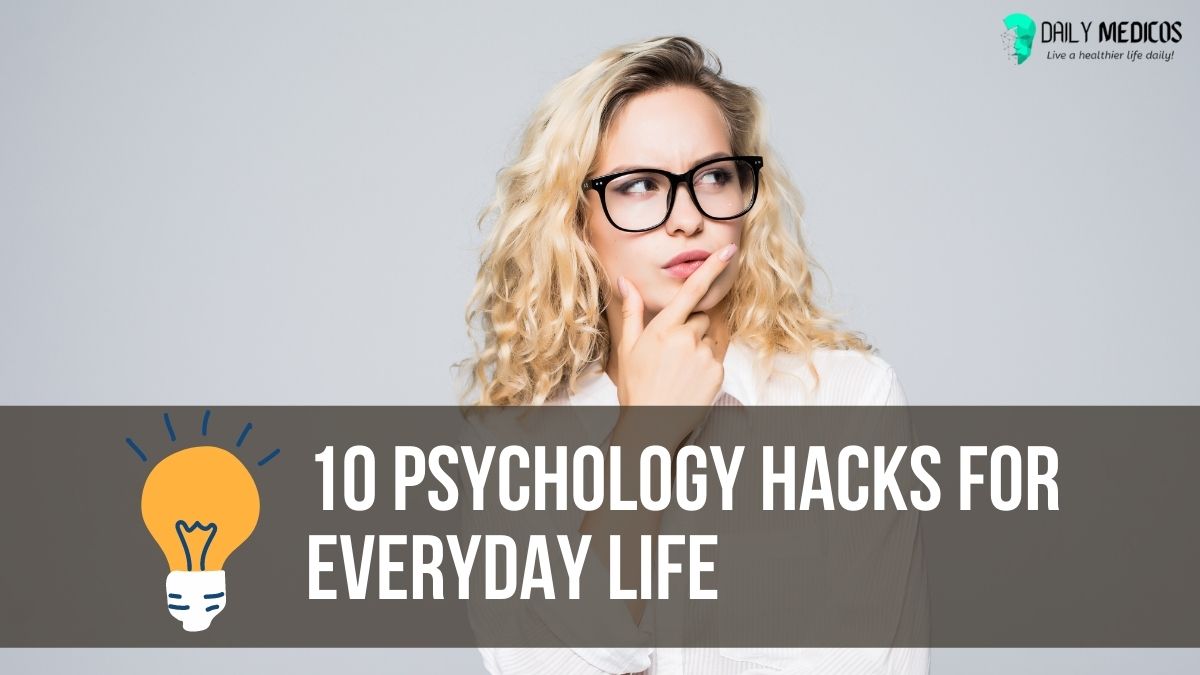 People are strange, fascinating creatures. If you haven’t studied human psychology, this fact can make handling social life difficult. However, the opposite is also true.

In our daily lives, we all encounter stressful or emotional scenarios, whether it’s a fight with a friend or lover, or a toxic coworker that brings everything down. And, if you’re lucky, you could have a tried-and-true method for dealing with these situations.

You may give yourself a tremendous leg up when it comes to thriving at work, finding love, and achieving what you want in life by knowing a few simple psychological realities about how our minds function.

In addition, learning fundamental psychological tricks will offer you a significant advantage over most people, who rely only on instinct and emotion to navigate the world.

The study of human behavior is known as psychology. As a result, it is clear that it helps us in comprehending (or decoding) others around us.

Here are 10 psychological tricks for everyday life that might benefit us in our daily life.

But if you do, there’s a psychological technique that can help you win every time (probably).

Before you begin the game, ask the other player a question. Start chanting “rock, paper, scissors” just after you ask the question. They’ll most likely choose scissors.

It turns out that it’s a lot simpler to vent your rage on someone who is physically far away from you. It’s just embarrassing to turn to the person right next to you and start crying. Take command of the situation and sit right next to your boss (or partner) if you notice steam pouring from his ears before a meeting. The fact that you’re close by will assist to keep the anger at bay.

According to one study, listening to rap and hip hop has a negative impact on GPA, but listening to classical and soft music has a good impact. The reason for this is considered to be because the music’s voices are naturally distracting — we, as humans, are more receptive to vocal sounds than non-vocal sounds. As a result, if you’re learning something new, listen to classical music or songs without lyrics.

This may be a highly effective approach to gain people’s trust more rapidly.

Try mirroring their body language while striking up a discussion with them. Don’t do it in a way that’s too obvious; otherwise, it’ll irritate them more than anything else.

Subtly mirroring people’s body language, on the other hand, gives the impression that you’re in sync, which is great for developing trust.

Are you going to do anything that makes you worried or tense? First, try putting a piece of gum in your mouth. “Chewing gum essentially deceives your brain into believing you are at ease.

According to scientific evidence, this procedure significantly lowers cortisol (the stress hormone). This might be due to a variety of factors. One of them is that your blood rushes to your brain, causing you to relax. Another theory claims that we are happier and calmer due to our pleasurable connections with eating and chewing.

Furthermore, chewing gum can help us divert our attention and break undesirable habits such as overeating when we are anxious or biting our nails.

Rather than being agitated and panicked (which takes a lot of energy), your brain rationalises that you can’t be concerned or scared because you’re chewing gum—if you were, you wouldn’t be chewing gum.

It’s a good idea to be conscious of other people’s foot position, whether you’ve just entered a standing conversation between two or more people or you’re having a one-on-one chat. Obviously, you don’t want to stare at them—that would be odd, and it would most likely make them uncomfortable—but sneaking a micro-glance or keeping an eye on them in your peripheral vision is OK, as long as you’re not overpowering.

First impressions matter a lot in any situation, whether it’s commercial, social, or romantic. When deciding between two similarly competent applicants, the CEO of a Fortune 500 business famously remarked that he always chose the one with the better handshake.

Although this story has most likely been greatly embellished through time, there is some truth behind it: Handshakes are more influential than agreeableness, conscientiousness, or emotional stability, according to studies. It’s not that having warm hands makes you attractive, but having chilly or damp hands does. Wet and/or chilly hands suggest anxiety and weakness, while dry and warm hands encourage confidence.

If you’ve ever been in a scenario when you’ve been furious at someone, you’ll realize how aggravating it can be when they remain cool. They are communicating that the issue isn’t bothering them—and that they are better able to regulate their emotions—by not appearing concerned. You don’t want the other person to just sit there and play it calmly while you’re a screaming ball of anger.

So, as difficult as it may be, the greatest thing you can do while someone is yelling and abusing you is to stay calm and collected. The misalignment of your emotional state with theirs will make them even more upset—and subsequently, a little ashamed.

Use the Ben Franklin effect to make someone like you. According to a study conducted by Ben, we like individuals who help us and dislike those who hurt us or for whom we haven’t done anything.

Make someone do a favour for you if you want them to like you. Ask for a favour the next time you want to make a buddy. It may be as simple as borrowing anything from them or seeking their honest thoughts on any device. If they offer you their belongings or give you honest feedback, there’s a good likelihood they’ll like you. But watch out! If they reject you the favour, there’s a good probability they’ll despise you.

Every day, give people compliments and say pleasant things to them. Even if you’re having a bad day. Even if the day has been particularly stressful.

It will be difficult at first, but you will become used to it and will no longer have to force yourself to say good things. And this will make others like you a little bit more.

Furthermore, while practising, you may say nice things not just to your friends and coworkers, but also to strangers, store staff, and drivers. These remarks help others feel better and create a positive atmosphere.

Fear of talking in public? Here are a few psychological tips and tricks that might help you overcome your Public Speaking Anxiety.

It turns out that no raised brow, nose scratch, or foot positioning is random. However, let’s be honest: no amount of body language can make your date fall in love with you or your ideal employer hire you. Some of these psychological tactics, on the other hand, are quite simple and may be used on a daily basis. So, how would these life hacks benefit you? Well, you might give the impression of being more confident than you are, which is a good start.