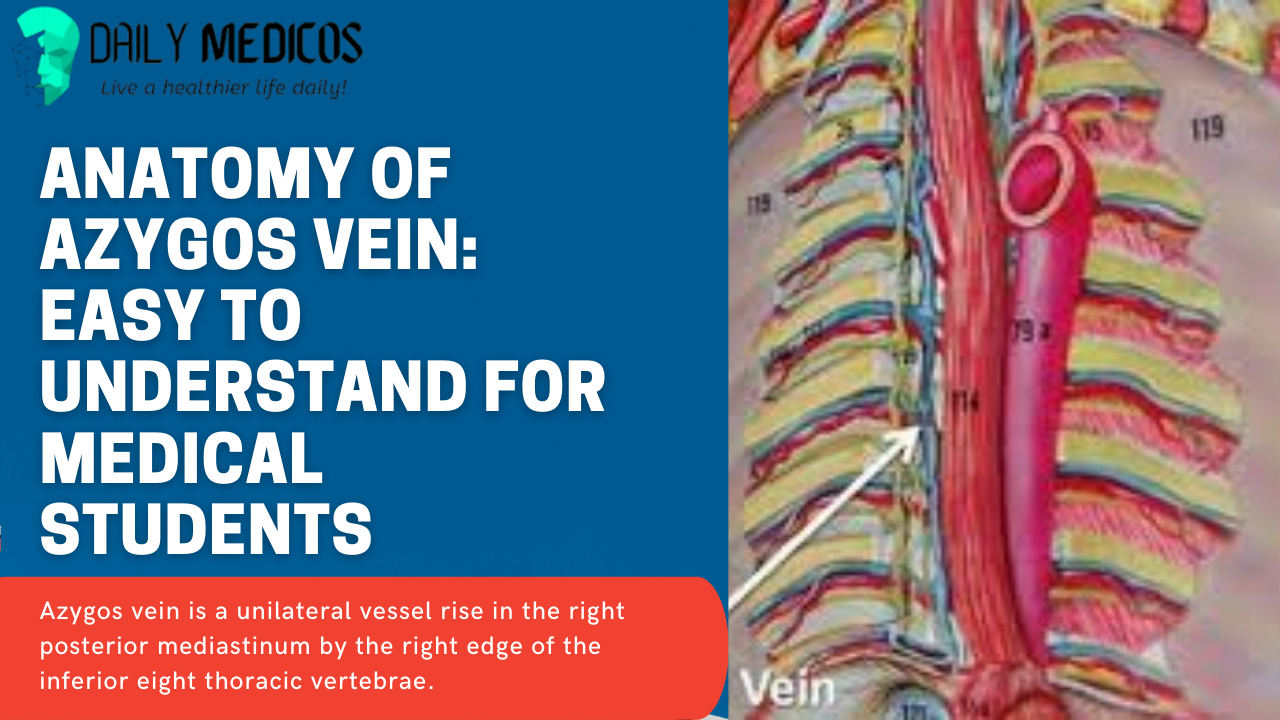 Did you ever hear about the Anatomy of Azygos Vein? If you have read our previous article then you guys have an idea about this. But if not so don’t worry we will give an amazing article for you on this platform. This article will let you know about the anatomy of the azygos vein, courses, termination, drainage, etc.

We agree that medical students have known about azygos vein. It might be difficult for the layman to understand more rapidly than medical students but it’s not unlikely for you. If you are interested in the anatomy of your body then this article is for you. Before going toward the azygos vein let’s have a glimpse of the azygos venous system. The azygos (venous) system is a combined term set to the H-shaped arrangements of the azygos, hemiazygos, accessory hemiazygos veins, and left superior intercostal vein.

It is accountable for clearing the thoracic wall and upper lumbar region by the lumbar veins and posterior intercostal veins. It also supplies chief collateral circulation in the middle of the superior and inferior vena cava.

What is an azygos vein?

The azygos vein makes from the joint of the right subcostal veins and the ascending lumbar veins. Azygos vein is a unilateral vessel rise in the right posterior mediastinum by the right edge of the inferior eight thoracic vertebrae. In some cases, the azygos vein can proceed in the midline with the head of the thoracic vertebrae. It carries deoxygenated blood forming a collateral pathway between the superior vena cava and the inferior vena cava.

The Function & Structure of Azygos Vein

The azygos vein is made by the fusion of the ascending lumbar veins and right subcostal veins at about the T12-L2 vertebral level.

The azygos vein commonly pierces the chest throughout the aortic hiatus (T12 vertebral level), whereas might invade by entering the right crus of the diaphragm. The azygos vein often begins from the dorsal side of the inferior vena cava at the level of the renal veins.