Whenever you read or watch a video about millionaire spending, it’s fairly easy to notice that at one point money does become less valuable and meaningful for them.

Putting a benchmark on when this happens can be a very difficult task, but it may be right to say that if a person is a millionaire, they will have enough financial freedom to not worry about the basic expenditures of daily life.

This relates to groceries, food, transportation, healthcare, etc. If any of these categories do face a price hike, the rich people would barely realize the difference. 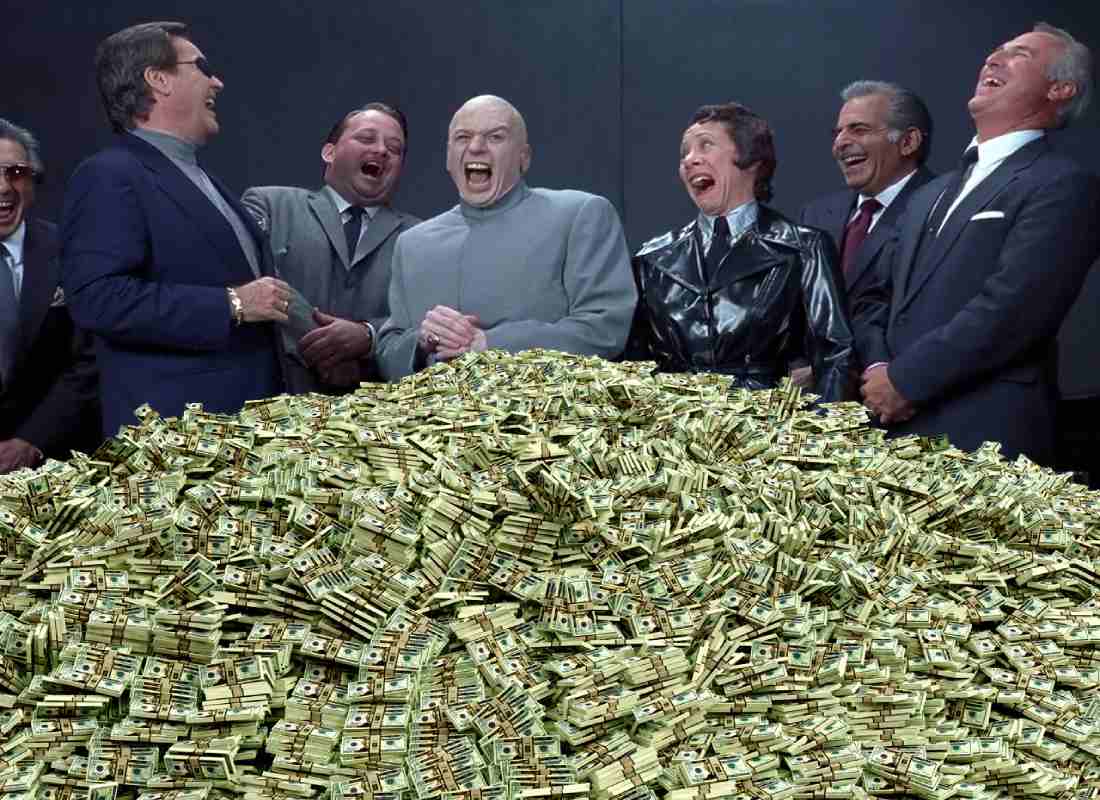 This is the reason most rich people don’t even know the prices of common goods that middle-class people purchase every day. If you were to ask a celebrity about the price of a gallon of milk, I’m sure they’ll have no idea how to even estimate it correctly.

Which brings us to the big question: If rich people don’t care much about the financial aspect of basic necessities, do they get medical insurance for healthcare?

Spoiler alert: They do. But to understand the whys and hows of it, we need to jump into more detail.

Rich people don’t need health insurance, per se, if by the term rich people we’re classifying millionaires and above.

But, even if they don’t need it, it is still a very rational investment to partake in no matter how rich you are.

The main reason for this is the rising costs of healthcare all around the world.

Unlike other basic necessities, medical costs are relatively expensive. Many countries, like the US, are known to even have impractical medical costs that no middle-class person would be able to pay.

The average ambulance ride cost in the US, which is the most initial cost of a medical emergency, is $1,300 while the minimum wage of working labour is a mere $7.25/hr.

And this isn’t just restricted to the US. UK is praised for inexpensive healthcare only because of their cooperative NHS insurance plans.

The truth is, in any place around the world, whether it be the Scandinavian countries or the Third World, healthcare is extremely expensive to a middle-class person without insurance.

Which brings us to the point of WHY rich people get health insurance. The primary reason is saving money on expenditures that could cost a lot.

Hospitals can cost hundreds and thousands of dollars! Millionaires can easily pay that off- for some rich people that might even be an extremely insignificant amount, but why do that when there is a better alternative available?

Hospital Costs Without Insurance vs. With Insurance

To help you grasp a better understanding of how impactful getting insurance is even for rich people, a cost comparison may help.

An average hospital overnight stay costs around $12,000 in the US. This is an extremely expensive bill for a middle-class person but would be an immaterial amount for a rich person.

An important factor to note here is that hospitals differ for the rich and the poor. The average cost of an overnight stay may be $11,000, but for a rich person who wants the most premium doctors and hospitals, it may be 5-10 times higher.

Now, the average insurance plan cost for a person in the US is around $7,000 per month.

This shows a big pattern of savings, even for a rich person.

For just $7,000 a month, a rich person can insure themselves for the most expensive healthcare expenditures, which may cost hundreds and thousands, if not more in some cases, annually.

This shows, even for someone ridiculously rich, it is a wise decision to get medical insurance. Staying uninsured would just be like burning money.

Another big motivator for rich people to go for health insurance is discounted bills.

When going for premium healthcare options, a rich person would expect heavy bills to pay. But for an insured rich person, not only would their bills be covered, but they will also be charged for less than an uninsured person would be.

Here’s a table for better understanding:

Do Rich People Spend More On Healthcare Than Poor?

There have been many theories going around this highly debated socio-political topic to understand the difference in the spending patterns of both classes.

A common belief, referencing the famous ‘boots theory’, identifies rich people are healthier than poor people because they have better resources to keep themselves fit, and even when they do require medical attention, it is always of the premium quality to ensure good health.

On the other hand, poor people tend to get sick more because they’re surrounded by poor resources to keep them healthy and require more frequent medical attention.

This scenario should indicate that the poor must be spending more on healthcare because the rich so rarely need them, right? Wrong.

In fact, the latest trends provide a rather sad picture.

Globally, with rise to new diseases and sicknesses, the rich have been healthier than the poor, but still do require frequent visits to hospitals.

On the other hand, poor people are facing the worst situation. Due to rising prices of healthcare all around the world, the poor class is seen to be actually forgiving healthcare in an attempt to be able to afford other basic necessities.

Even though the poor need more medical attention, because of their limited income, they often compromise and forgo hospital visits.