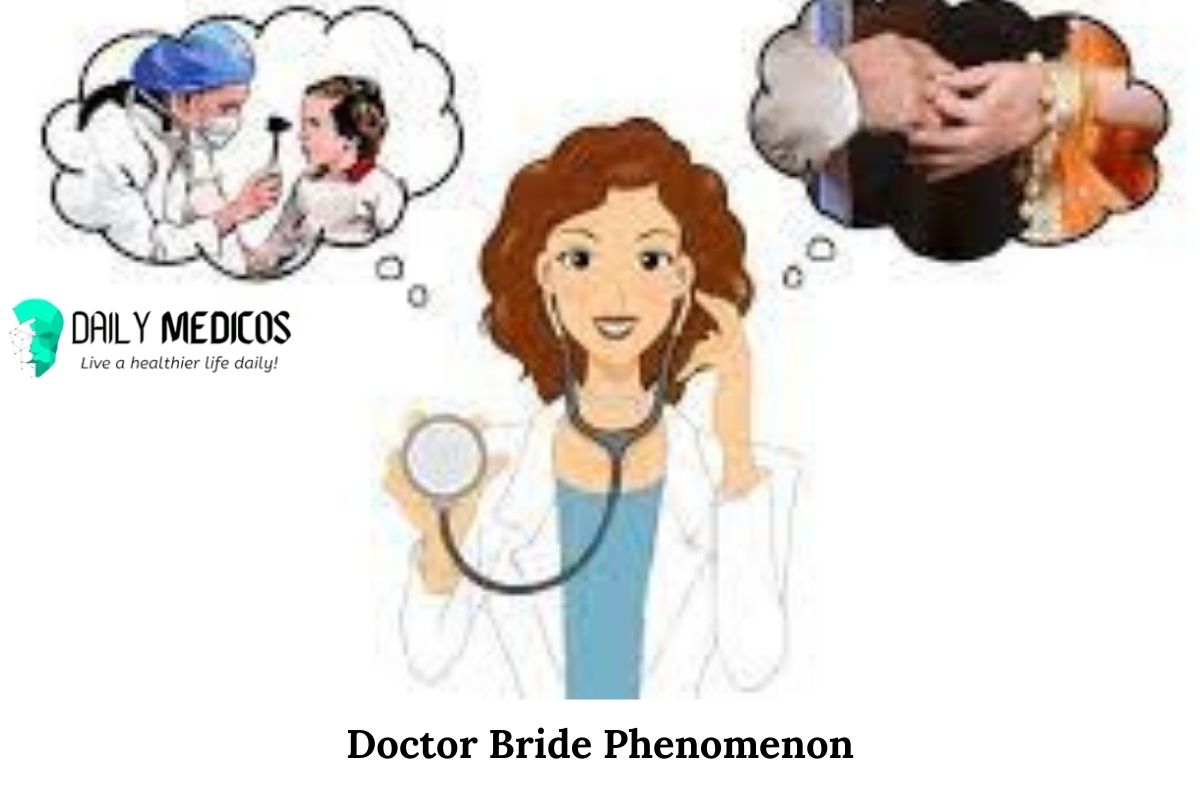 When I came across the term “Doctor bride Phenomenon,” I stopped for a second and thought about how much I have observed this in our society but never got around to having a term describing precisely what was done. But here it is, it’s called Doctor Bride Phenomenon, to have a daughter-in-law who is a doctor. If you want to find out more regarding this, keep reading further because you’ll be quite surprised how commonly this phenomenon has been taking place in 1 out of 3 households looking for a bride for their sons.

What is Doctor Bride Phenomenon?

When a teenager turns 18, their eyes open to a completely different world, they’ll see that world inside as well as outside their households. A world where the society becomes choosy and picky towards what they need and looks away with what they don’t think is up to their mark. This includes seeing rejection towards career choices that are built on passion and choosing girls who become doctors.

Picture this; when you enter a museum, you will observe the place, and it has quite a few things. If the area is related to the war, you will find swords and various other items used in the olden days during tough times like war. But today, they are kept away because they have no use and are taken as a preservation of history and historical artefacts.

But imagine a girl working day and night and has graduated as a doctor and married off in thoughts of pursuing her career as a doctor after marriage, but she’s stopped and told to stay put and in the house and manage the household. No harm is done. But imagine every individual that steps in her family, the members sing the song of how the bride is prestigious; she’s a doctor, she’s capable, she’s everything a girl could be. Yet she remains there, making no use of her degree.

What’s the difference between her and that historical artefact kept for the preservation of history? None. Both have a purpose yet of no use because they are not used where needed, the sword at an advantage. After all, it was used for quite some time, but the bride is at a disadvantage because she is kept away to show off even before she stepped out.

These are some of the common problems a doctor bride faces in our society. Let’s read more to find out how it prevails in Pakistan at a broader range.

Doctor bride and how it prevails

The power this phenomenon holds in today’s society is uncanny; you’ll observe people talking about a ‘Doctor bahu’ and how it’s essential, and the points they’ll have to prove their belief will take shock to a new level:

1. Doctor Bride means having an educated girl in the house, she’ll know what medicines need to be prescribed, and automatically she’d become the go-to Doctor of the house. People from the neighbourhood or nearby family would smoothly ask her to prescribe medicines for their respective conditions. Society claims that they are letting her practice her degree; she prescribes medications to everyone around them, whether family or friends, they don’t know they are just disrespecting the girl’s degree and making use of it for free. Medical degrees are costly; the cost is not paid by parents, so their daughter makes nothing out of it.

2. Doctor bride Phenomenon remains in power in a medical classroom too, where a teacher builds a perspective amongst students on how a girl, in general, is just sitting here wasting a seat of a well-deserved because she will probably get married as soon as she graduates. Teachers circulate questions in classes like, “What is the use of asking questions when you won’t be practising in the future? “, “Medicine is a degree that needs its time and hard work, and you’ll waste that and get married!”, “You have snatched a seat of a boy who would have gained benefit and later onwards contributed in the field as well as supported his family by becoming a doctor.”.

Having a mindset in an institution set to educate kids and help them become doctors of tomorrow, one should stop and think about what they’re doing? These words play an influential role in a society like ours where facts and figures aren’t given more attention but what people would say has its separate category and importance.

How Doctor Brides are abused

Abuse that women have to go through because of this is quite difficult to deal with too, they are name-shamed in so many ways like:

1. They are called out various names, such as some people blatantly call doctor brides ‘hot tickets’, scoring the best proposals out there.

2. Doctor brides are said to be trophy wives, who have a pretty look, talk knowledge and not practice anything.

3. Women are not looked on as physicians or doctors. Still, they’re told to become doctors to improvise their prospects later in the marriage market. Every mother looks around for a doctor bahu to bring back as a decorative object in their household.

How can we get rid of this mindset?

It all comes down to what can be done to eradicate this? What means could be taken to discontinue what’s been going on so strongly in our society?

Even if men are working in the field, they mostly leave to work abroad. Do you know how many men practice as doctors in the US, UAE, KSA, and Australia?

Studies show that out of 1100 students from reputable institutions like Aga Khan University, 900 left to work in various places abroad. Better opportunities drag people away. But we don’t even showcase that because what the country lacks is proper data representation, which would put a better and bigger picture out there if they gain. ‘Doctor bahus’ aren’t just to be taken as objects of pride but let the girl, and you’ll see how much she’ll bring to the household, not only in terms of money but in terms of practicality and benefit your generation in the long run.