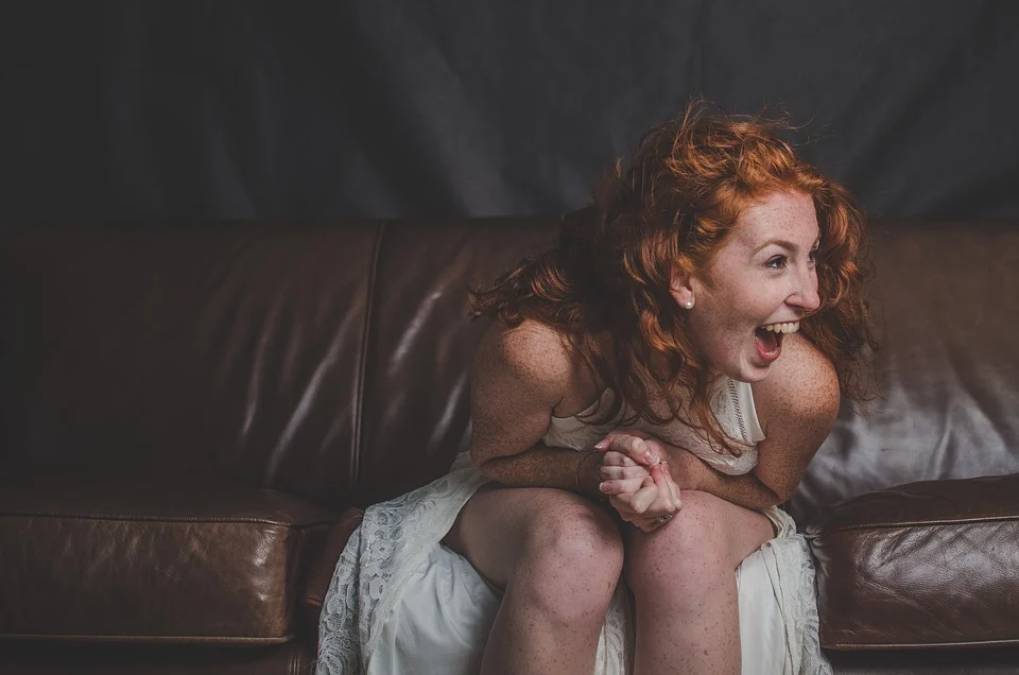 Have you ever heard about kuru or laughing sickness disease or laughing death or Negi-Negi? Or any neurodegenerative disease which is contracted by eating a human infected dead brain? In this article, you will find complete information about kuru, from where this disease is introduced, and what are the causes and symptoms of this disease.

Kuru- A neurodegenerative disorder is very rare and incurable. It was common among the Fore people of Papua, New Guinea, which is an independent state of Oceania that occupies the eastern half of the island of New Guinea.

Transmissible spongiform encephalopathy is usually caused by a misfolded or abnormally folded protein of CNS, which leads to mental and physical deterioration abilities like tremor and loss of coordination. Many small or miniature holes also appear in the cortex producing it to look like a sponge under microscopic study.

Kuru – what does this word mean?

The Fore people named this disease and KURU (Kuria or Guria) means “to shake or trembling”, because the body involuntarily presents the twitching and vibrating movement that are well-known symptoms of this disease. Kuru is commonly known as “laughing sickness or laughing death” due to the pathological or involuntary crack of laughing. The Fore tribe also called this disease Negi-Negi meaning foolish individuals because of involuntary laughing cracks.

Origin of Kuru. How does Cannibalism become an Epidemic?

Now the world accepted that kuru was transmitted through funerary cannibalism among the Fore tribe of Papua. Funerary cannibalism is the custom in which a dead family member was traditionally cooked and consumed by family or tribe. They ate every part of the dead body except the gallbladder.

The laughing sickness disease (kuru) began when the villagers ate the brain of an ill dead patient who died with the sporadic Creutzfeldt- Jakob disease. And it became an epidemic when villagers ate the brain of other infected people (who consumed the brain of sporadic Creutzfeldt- Jakob diseased patient). Carey was the first who named “kuru” to this epidemic disease and noted that Fore tribe women and children are more prone to kuru. And nearly 200 people per year died with this epidemic kuru.

History: from Fore tribe Cannibalism to Origen of the Prion disease

In the early 1950s, an Australian patrolling officer of the eastern highland of Papua “John McArthur” explained this disease in official reports, where he stated that kuru was merely a psychosomatic episode emerging from the witchcraft practices of the tribal people in the region. Fore tribe also believed that kuru patients are caught by ghosts because of shaking and trembling movement, endeavoring to cure this they would serve victims pork (exocannibalism) and casuarinas bark for food.

In that epidemic situation  Daniel Carleton Gajdusek, a virologist, and Vincent Zigas, a medical doctor, began an investigation, and in 1957 published a study in the Medical Journal of Australia, in which they proposed that Kuru had a genetic origin, and that “any ethnic-environmental variables that are compelling in kuru pathogenesis have not yet been discovered but cannibalism was still speculated as a possible cause.”

For understanding the pathology of laughing death disease (kuru), Daniel Carleton Gajdusek performed an experimental test on Chimpanzees at the National Institutes of Health (NIH) with his collaborators Michael Alpers and Joe Gibbs. In the experiment, they fed the chimpanzees an infected brain material with kuru to document the behaviors of the animal until the negative results or death could be observed. The sample of brain tissue of 11-years old Fore girl who died with Kuru was given by an Australian doctor Micheal Alpers, who collaborated with Gajdusek in the Kuru experiment. Around 2-years, one of the chimpanzees, Daisy had shown kuru symptoms and confirming that a foreign disease factor was transmitted via infected biomaterial and factor was competent in crossing the species barrier to other chimpanzees. This experiment was the first which confirmed the true transmission of Kuru, for these findings Daniel Carleton Gajdusek got a Nobel Prize in Physiology or Medicine in 1976.

E.J. Field was a researcher who also spent a large part of his life (the late 1960s and early 1970s) in the investigation of Kuru disease, in New Guinea. He noted connections between  Kuru disease to scrapie (fatal and degenerative disease of CNS) and multiple sclerosis and also saw similarities in the disease interaction with glial cells, including the crucial observation that the infectious process may depend on the structural rearrangement of the host’s molecules. This observation was to later become the prion hypothesis.

In 1961, Alpers and Lindenbaum are done historical research and demonstrate that the kuru epidemic may have originated around the 1900s when a person died with the  Creutzfeldt–Jakob disease and kuru spread easily in the Fore tribe people because of their endocannibalism (eating own dead family member) funeral practice. According to The demographic division apparent in the infection rates – kuru was 8-9 times more widespread in women and children than in men because Fore men thought eating human meat to weaken them in times of battle, while the women and children were more prone to eat the bodies of the dead people, including the brain, where the infectious prion particles were unusually concentrated. It is also a strong chance that it was passed on to women and children more efficiently because they do the task of cleaning relatives’ dead bodies and may have had open sores and cuts on their hands. In the mid-1960s, the Kuru epidemic was already declining among the Fore tribe.

Signs and Symptoms of Kuru

Kuru is a transmissible spongiform encephalopathy (TSE) condition of the Central Nervous System (CNS) that produces physiological and neurological effects that can drive to death. Kuru’s characteristic symptom is the progressive loss of control and coordination of muscle movement which is also called cerebellar ataxia. The average incubation period of laughing sickness disorder (kuru) is 10-13 years, whereas the asymptomatic phase can be as short as 5 years or as long as 50 years or more after onset exposure.

The early non-specific symptoms include headache, joint pain in the extremities. While signs and symptoms of kuru disease are divided into 3 different stages, they are;

An infected person ordinarily dies around 3 months to 2 years after the first terminal stage symptoms reappear, and often because of pneumonia or other secondary infections.

Kuru is largely localized to the Fore tribe people because they had the custom of intermarriage. The Fore tribe had a tradition to cook and consume their family members’ dead bodies as a symbol of love, respect, and mourning. The infected people’s brains are enriched with an infectious prion, then whoever consumes the brain and viscera, has a much greater probability of being infected. However, women and children were more infected than men because men preferentially consumed muscles.

What is Prion? What is the role of prion in Kuru disease?

Prions are the infectious and misfolded type of protein that can transmit their misfold shape and material onto normal ones of the same protein. But it is still unknown what causes a normal working protein to misfold. In Kuru, the prion is the misfolded class of a host-encoded protein, it is denoted by PrP.

The two-class of prion is characterized as PrPc (a normally folded protein) and PrPsc (a misfolded one who gives rise to the disease). The two classes of prion are not different in amino acid sequence but the isoform of pathogenic PrPsc is different from normal  PrPc in secondary and tertiary structure.

The PrPsc infectious isoform of prion is highly rich in beta-sheets and allows PrPsc to aggregate and be highly repellent to protein degradation by enzymes or by other chemical and physical means. While on the other hand, normal PrPc isoform is enriched in alpha-helical structure and is receptive to complete proteolysis and soluble in non-denaturing cleansers.

Therefore, it has been proposed that pre surviving or acquired PrPsc has the ability to the conversion of PrPc into PrPsc, which goes on to transform other PrPc. This begins a chain reaction that provides a rapid propagation and results in the pathogenesis of prion diseases.

How laughing death (kuru) is diagnosed?

Laughing sickness is unable to diagnose until the initial symptom appears and then the doctor may perform some neurological examination which includes:

Sometimes, people suffering from Kuru may lapse into coma within 6-12 months just after enduring the initial symptoms.

Can Kuru be treated?

There is no known therapy for kuru because infectious Prion that causes neurodegenerative disease – kuru can not be damaged easily. The dead brain contains the prion for years even when we preserve the brain in formaldehyde.

How can I assess if someone is suffering from laughing death (kuru)?

A person who suffers from laughing death (kuru) will show you the signs and symptoms like irregular or involuntary movements of the body like twitching, tremoring, cloning, jerking, and laughing attacks. And these symptoms get progressive with the time which can lead to loss of coordination in the body – cerebellar ataxia.

Kuru is a rare and genetic disease that was aroused by the ingestion of an infected brain in the Fore tribe people of New Guinea. New Guinea people also call kuru disease as Negi-Negi due to involuntary laughing attacks and body movements. Governments and societies start to eliminate the disease in the mid-20th century by disinclination the social practice of cannibalism.