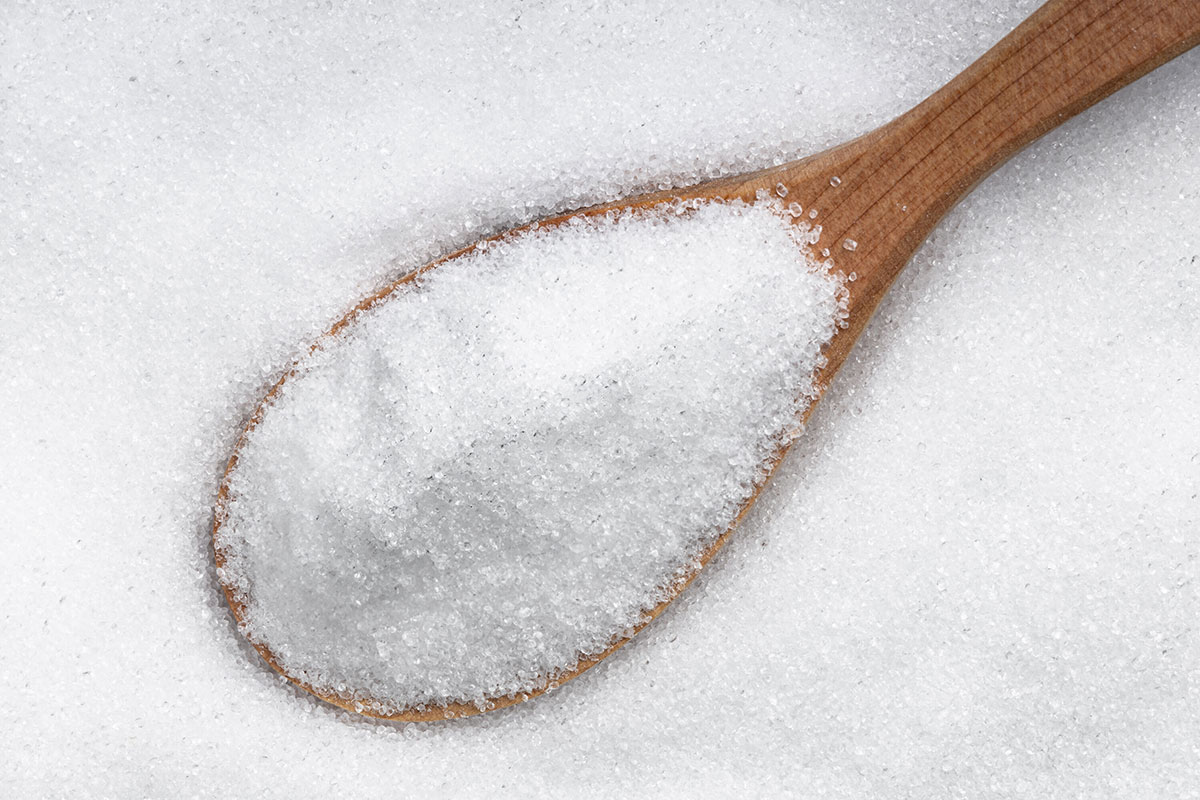 What are the Side Effects And Dangers Of Erythritol? People love sugar all around. Hundreds of thousands of dessert recipes are found that are appreciated by people. Every region has its own special desserts and for some people, a sweet dish is a must-have after their meal.

But unfortunately, sugar has been labeled as dangerous for health. Ingesting high sugar levels are considered one of the main culprits of many health conditions including heart conditions, stroke, diabetes, and some cancers.

Avoiding sugar is often the first recommendation of physicians for many diseases. But for the love of sugar, we came up with artificial sweeteners that brought the taste we all loved without the negative consequences.

people opt for erythritol to add sweetness to their food without getting the side effects of high sugar levels.

It is a naturally occurring substance in fruits including watermelon, grapes, peaches, pears, etc. But erythritol may not be as safe health as we once thought.

In this article, we will discuss what erythritol is and the side effects and dangers of erythritol that can negatively impact your health, so keep on reading! 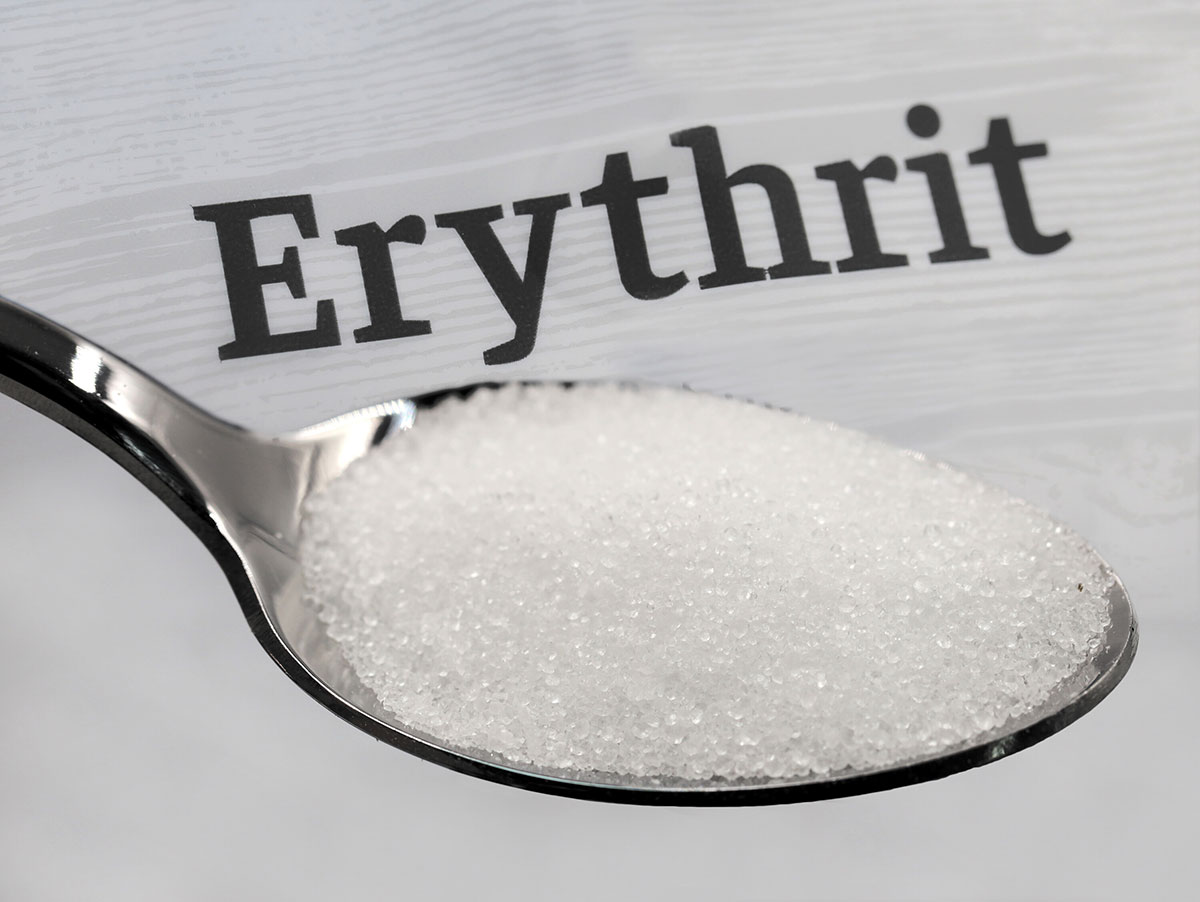 Erythritol is a natural sugar alcohol just like xylitol, sorbitol, and maltitol (Godswill, 2017). It is a carbohydrate that contains the properties of both alcohol and sugars. Erythritol is considered a sugar-free low-sugar sweetener that contains nearly to zero calories.

It is naturally found in foods like wine, beer, cheese, etc. In laboratories, it is created with the help of genetically modified organisms or GMOs. Due to its peculiar structure, erythritol can produce a sweet taste on your tongue.

Although it is approved by FDA as a carbohydrate, it does not make you lose weight as it is not absorbed by the body. Due to this quality of erythritol, it is advertised as a suitable substance for people fighting obesity and diabetes.

U.S Drug and Food Administration declared erythritol to be safe to use. It is a popular choice for artificial sweeteners that contains almost zero calories.

There are a few studies that report the negative consequences of consuming excessive amounts of erythritol, but it is unlikely to cause any harm if ingested in moderation.

Consuming 0.45 of erythritol per pound of body weight per day has been proven to be safe for results. According to this, if you weigh 150 pounds, the recommended daily intake of erythritol will be 68 grams or 5.5 tablespoons per day for you.

Side-Effects and Dangers of Erythritol

Although our bodies cannot break down the erythritol, it still can cause many harmful effects on our health.

Following are the side effects and dangers of erythritol that you can experience due to the high consumption of this artificial sweetener.

As mentioned earlier, erythritol passes out from the body almost untouched. It is not digested by the digestive system and is poorly fermented by bacteria in your large intestine which can result in abdominal gas, bloating, and diarrhea in some people.

Gastrointestinal disturbances are considered the most common side effect of erythritol, especially in children (Mäkinen, 2016). In addition to giving, you can upset your stomach, and eating high-quality erythritol can cause diarrhea too.

Diarrhea is caused when the undigested erythritol is accumulated in the large intestine and attracts water through the internal wall. Diarrhea can become a potentially dangerous condition as it can cause dehydration and electrolyte imbalances.

These effects are even greater when you ingest erythritol and fructose together (Kim, 2017).

Consuming 50 grams or more of erythritol daily can cause significant nausea and stomach gurgling (Storey, 2007). Other digestion side effects that can be caused by high erythritol consumption include:

These effects are especially more prominent in people who are sensitive to sugar alcohol. If these effects continue, they present a danger of dehydration and can turn into a serious medical illness.

Additionally, erythritol can also potentially disturb the gut microbiome. It is advised to consume erythritol in moderation to avoid these side effects.

Stress can be considered a secondary side effect of ingesting a high amount of erythritol. Stress has been log linked with digestive problems.

As continuous usage of erythritol can cause some serious gastrointestinal disturbances, it can eventually result in stress. Research has shown stress to be a crucial factor in stomach abnormalities.

So, binging on sweet products laden with erythritol when you are feeling stressed can be a terrible idea that can worsen your condition.

One of the main reasons behind the popularity of erythritol is that it can add sweetness to food and beverages without side effects. Ironically, eating erythritol in substantial amounts can cause you to gain extra pounds.

According to a 2017 study, a high concentration of erythritol was found in young adults who gained weight in the last 9 months. This was the pioneer study to suggest a link between obesity and high erythritol ingestion (Hootman, 2017).

Using products produced with the help of GMOs can potentially cause the following side effects and dangers as shown by a few studies:

However, these studies are limited and are only in animal trial phases. More studies are needed to establish a concrete link.

Erythritol can potentially cause allergic reactions. Although the incidence of such cases is extremely rare, a case of allergic skin reaction was reported in 2000.

A 24 old woman experienced allergic urticaria after drinking a glass of canned milk. Urticaria is characterized by hives or raised skin areas that can either be caused by consuming or coming in contact with something.

Later investigations found that the woman’s allergy was caused by erythritol present in that beverage (Hino, 2000).

Most people opt for artificial sweeteners due to their low caloric content so they would not gain weight, but this might not be the right reason to choose erythritol.

As discussed above, erythritol is not metabolized by the body. Therefore, it can leave you feeling hungry even after eating. Erythritol does not provide enough energy to cause satiety and leaves you craving more food.

This is another reason, erythritol can cause you to gain weight than lose it.

Erythritol is only 70 to 80% sweeter than table sugar. To make it sweeter, it is often combined with other artificial sweeteners that can be dangerous for your health.

For example, erythritol is often combined with aspartame, which can cause many side effects including:

What are the Sources of Erythritol?

Erythritol is naturally found in some fruits and a few fermented foods. It is also a common ingredient in most packaged food and drinks. It is found in the following products:

It is often used in combination with other artificial sweeteners like sucralose. In addition to providing a sweet taste to these food items, erythritol is also a way of adding texture and bulk to them.

It is a popular ingredient in baked food items as it has the ability to retain moisture that helps keep them from drying out.

Tips to Avoid the Side Effects and Dangers of Erythritol

There are a few simple habitual changes that you can make to avoid excessive erythritol consumption, including the following:

Erythritol is an excellent and popular choice of artificial sweetener. The major benefit of erythritol is that it does not cause you to gain weight.

According to a few studies, this might not be the case. Gastrointestinal troubles are the most highlighted side effects of consuming erythritol for a long time.

You should be good if you only eat a moderate amount of erythritol. Some people might be more sensitive to erythritol, while in most people it is well-tolerated.