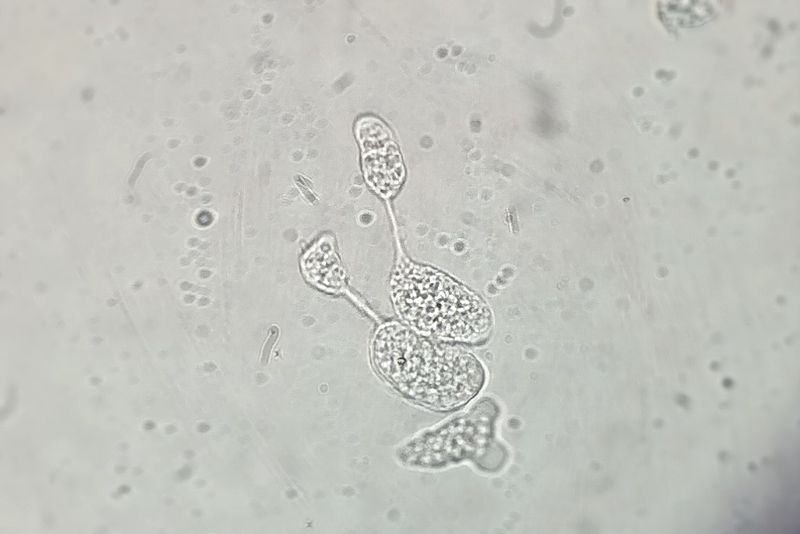 The division of cells and types of division is mostly a confusing topic to understand. By reviewing this content you may clearly understand about binary fission, its process, and the main difference between binary fission or mitosis.

Binary fission is a type of asexual reproduction where parent cell cleave or split and developing two identical cells which are probable to increase in the size of their original cells. Asexual reproduction means, the reproduction which happens without the necessities of sex cells. As an alternate, somatic cell (non-sexual cell) goes through a sexual process and produces a clone (genetically identical individual) of parents. The progeny is clone because its genome will be similar to that of parents. Binary fission is the most common form of reproduction of duplication in Prokaryotes (such as archaea, cyanobacteria). Binary fission takes place in some single-cell named eukaryotes (such as amoeba, paramecium). In the process of binary fission DNA, replication and aeration occur simultaneously.

Binary fission is categorized into four types which are based on the division of cytoplasm.

Process of binary fission in Prokaryotes

The proceeds of binary fission is pretty much simple, and consisting of several steps to form Jew cells. During the division of cells, the DNA molecule of Prokaryotes is uncoiled before existene replicate to produce two chromosomes. Binary fission in Prokaryotes divided into four stages.

Molecules of DNA that hold on or clasp the genetic code for cells of bacteria are usually tightly coiled. In this stage, this single chromosome is uncoiled and duplicated to form a new chromosome (doubling the genetics content).

Cell growth is increasing in size for the preparation of binary fission. This increase in growth goes along with increases in the volume of cytoplasm with various organelle by increasing in numbers than the two strands begin to migrate or wander to opposite poles of cells.

In this phase, cells are elongated as a septum (dividing portion between tissue or capacity) form of the medium transversely. At this stage, the chromosome is separated completely.

Splitting of cells is the last phase in which a cell wall is formed. Eventually, cell splits along the center (at septum) divide the cell into two daughter cells, which contain nuclear material and cell organelle.

Archaea are classified as bacteria and they have a lack of nucleus and membrane-bound organelle. The reproduction process in archaea is asexual and it can reproduce by process of binary fission where parent cell split, it divides into two identical daughter cells.

Archaea also reproduce by budding and fragmentation (in which cells break off and form new cells).

In eukaryotes sexual reproduction is the most common process. Nevertheless, various of them can reproduce asexually. This fission can take a number of forms amid these are:

i. Budding: in which two daughter cells marked by unequal in size.

ii. Intracellular budding: in which daughter cell appear inside the organisms rather than splitting.

iii. Multiple fissions: Multiple fissions named as segmentation. in this the number of consecutive cycles of nucleus replication is followed by cytokinesis which may result in a multinucleated cell giving rise to numerous children at the same time.

Amoeba are tiny, non-shaped,  single-cell organisms and they live in moist conditions (such as freshwater, saltwater, and soil).

Paramecium is a single cell protist and is found in aquatic habitats. Paramecium is covered with a hairy structure called cilia and they feed microorganisms (such as bacteria, algae, and yeast). The characteristic of parameciums is animal-like because it moves and looks for its own food.

Is binary fission the same as mitosis?

The division of cells and its process of division is somehow confusing to understand. Binary fission is not the same as mitosis. The similarities and dissimilarities between binary fission and mitosis are summed up,

Binary fission: In binary fission asexual reproduction is take place in which one organism divided to form two daughter cells.

1. Binary Fission: This occurs in prokaryotes, while some protist, eukaryotes (protozoan) divided by process of binary fission

Mitosis: This only occurs in eukaryotes.

3. Binary Fission: Binary fission is a simple or rapid process.

Mitosis: Mitosis is a complex or complicated process and it may require a longer time as compared to binary fission.

4. Binary fission: Spindle fiber is not formed and DNA attached to the cell membrane for division.

Mitosis: In mitosis formation of spindle fiber occurs, and DNA attached to these fibers for division.

6. Binary Fission: Replication of DNA and their separation occur at the same time.

Mitosis: Replication of DNA takes a longer time for division.

In prokaryotic or eukaryotic cell division genomic DNA is replicated and each copy is allocated into daughter cells. The content of the cytoplasm divided evenly to form new cells. Although, there are many dissimilarities between the prokaryotic and eukaryotic cell division. The binary fission and mitosis are both formed asexually in which parent cells divide to form the genetically identical cells. Binary fission occurs in prokaryotes and some time in eukaryotes by simple and rapid process while the mitosis occurs only in eukaryotes and they take longer to reproduce.