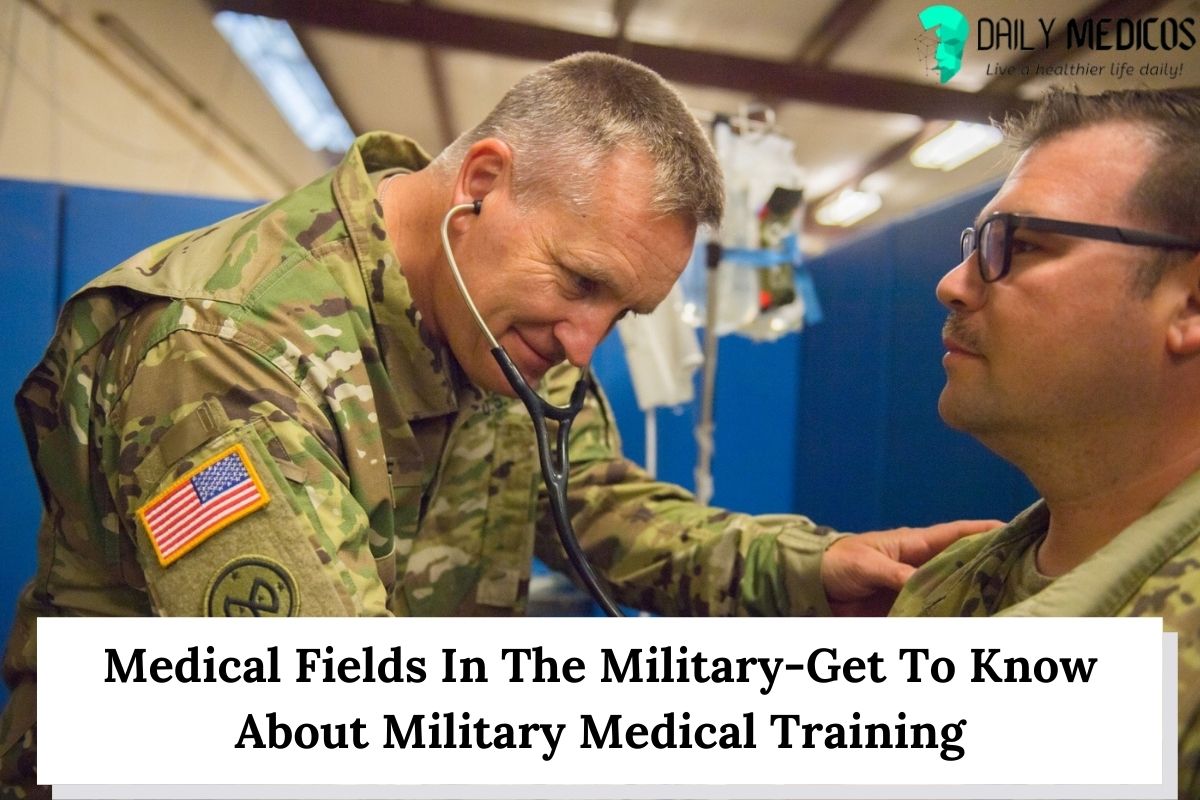 Did you know that there are already hundreds of medical fields in the military of any country that you can join? If you are a pre-medical student you can join the army after high school. There are a lot of opportunities in the army and this article aims

So take out your notebooks because we will discuss some best medical jobs in the military that you can join.

How does it seem to be a medical doctor in the military?

The medical profession is considered one of the topmost noble and decent professions in the world. But what if it is combined with the military ?. It seems like two life-saving professions combine to give the most demanded and respectable career-oriented job that can be the dream and desire of anyone. Well, medical and military fields are very stressful and challenging but hard work pays off.

Why to step in the military after being a doctor?

Wearing a uniform doesn’t mean surrendering to your personal life. Entering the Military is a massive commitment, but you will make more friends, contacts, and opportunities than you can imagine.

Along with the benefits, facilities, and opportunities of the military, we cannot skip the hardship and struggles that run parallel with this job. The charm and discipline of the field are highly addictive and once it becomes a passion, it’s so hard to give up on it. Benefits of the military in nutshell can be mentioned as follows:

Salary of a Military Doctor

Following the statistics reported by  Payscale.com, an army physician’s income is expressed for those working in the military with a Doctor of Medicine position, getting between $100,000 and $275,000 as of January 2020.

Military medical training aims to train an individual having a  medical background with military discipline. Now here you are not only trained to be a doctor or physician but also a military man.

Officially you join the military as a military officer so definitely you will get engaged to study the leadership skills as the topmost demand of being an officer. Military medical training will immerse you in military culture and you have to participate in physical officer training as well.

1. Joining the military as an officer

Being an officer in the military will transform you into a leader. As an office, you are supposed to manage, support, and inspire other service members during military medical training. The discipline and communication skills that you learn at this position will apply to not only the military but also to the civilian career.

Commissioning and rank in the military depend on the status of your medical education whether you join the military during medical school or after completion of graduation or as a licensed physician. In general,  on joining the military, you will be commissioned as an officer.

2. Joining the military during medical school

In case of joining the military during medical school either through dental and medical students stipend program,  health service scholarship program, or uniformed services university of the health sciences, you will step into the military as the second lieutenant in the army, or the air force or as an officer in the navy.

3. Joining the military after completion of graduation

When you enter the military as a licensed physician, your rank will typically start at captain or major in the Army/Air force or lieutenant or lieutenant commander in the Navy. Your rank in the military may be higher. It is based on where you stand in your career.

When you apply in the military, an expert evaluation board will assess your work experience and previous service, if any. Once your rank or position is determined, it must be recognized by Congress or the Secretary of Defense. This process may be lengthy and may take several months.

What to expect from your military medical training?

Military medical training for physicians is not similar to the basic training required for enlisted service members but physicians must part participate in officers’ physical training. You may not need to attend officer training if you have prior commission service in the branch to which you are applying.

The military medical training may take two to ten weeks but it is suggested to complete officer training as soon as possible otherwise it will interrupt medical studies or career.  The duration and location of officer training are entitled differently according to the services. It can be summarized in the following table

How to become a Military Doctor in the U.S.

A military doctor gives health care services to military personnel and their families. Medical careers in the army can be highly functional, productive, and appealing. including hospital ships and foreign therapeutic centers. Doctors who served in the military might take part in international assistance efforts by giving care to martyrs and victims of natural hazards.

Before starting the stepwise guide, here is a summarized  view of the mandatory requirements for being a military doctor

Step 1: Get a bachelor degree

The initial step of becoming a medical doctor is to get a bachelor’s degree. Which is mandatory to step into medical school. Premedical students build their academic backgrounds based on biology and chemistry. Students who want to pursue their careers by studying medicine must engage themselves as a volunteer in medical centers. This will help the students to gain work experience and strengthen their candidacy.

Step 2: Get a medical degree

There is an opportunity for students to get benefited from military financial aid to support them financially during medical school with a documented commitment that they will join the military as commission officers after completion of the degree.

It is somehow similar to civilian medical training with a difference that here students get some basic military training and are allowed to become “ active duty. They have their clinical rotations and ward rounds at a local military hospital. Advantages of this program are

Few disadvantages associated with this program are also important to highlight

On the other hand, this program also possesses some disadvantages that need to be mentioned along with benefits

The accurate admission requirements for joining the military will differ between various divisions of the military; however, all candidates require to satisfy health, personality, and age requirements. In extension, a security clearance might be needed. Doctors might need to have a present state medical certificate or license and currently work in the United States. Typically all military representatives endorse a contract that adds a minimal amount of service time.

Well, medical and military fields are very stressful and challenging but hard work and struggle never go in vain. The medical profession in association with the military becomes more appealing and worthy concerning its nobility and payscale. Facilities and opportunities associated with the military are yet another favorable aspects for career-oriented candidates.

However basic skills of self-discipline and the ability to handle stress and pressure are key to step into the military for a successful career and life.