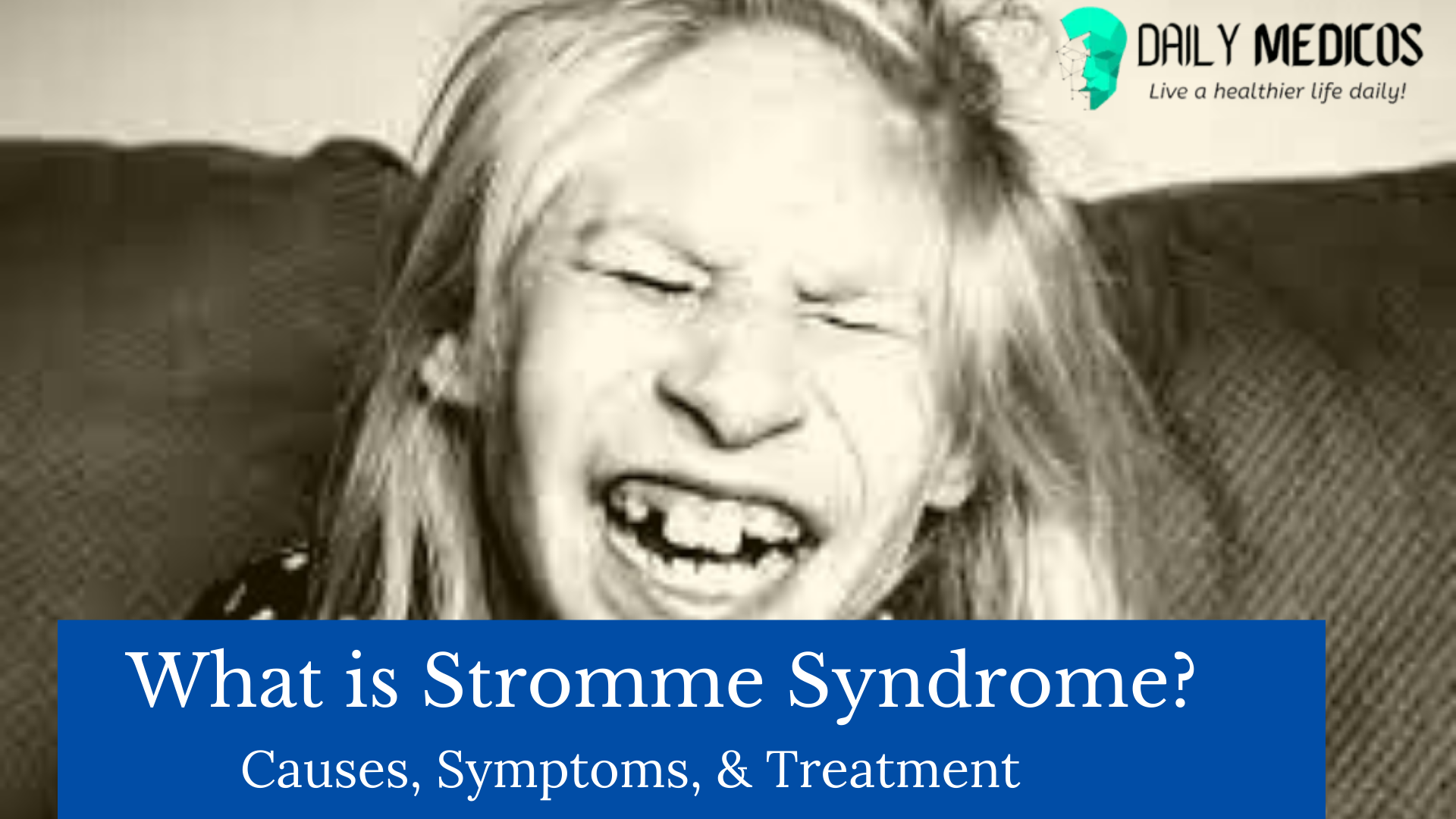 A very rare genetic syndrome, Stromme Syndrome affects the body systems along causing irregularity in body parts such as the eyes, skull, and intestines. It can also cause harm in other areas such as the cardiac system and renal.

As mentioned in the previous paragraph, it is a rare syndrome and not many people have knowledge related to it. Hence we have gathered information about Stromme syndrome, to make it easier to understand we will be talking about the syndrome in detail. This article about the Stromme syndrome is divided into the following parts.

Keep reading to learn everything about the Stromme syndrome!

What Is Stromme syndrome?

Stromme syndrome is a genetic condition in which a part of the intestine is missing that causes intestinal atresia, eye abnormalities, and microcephaly. It is a rare autosomal recessive state.

Newborns who are born with incomplete intestines, irregularities, and having a skull smaller than average size (which happens in most cases) have Stromme syndrome. In such cases, the condition is characterized by intestinal atresia of the apple peel type, where the intestine is twisted around the main artery.

Petter Stromme, a Norwegian pediatrician along with his associate first recognized and discovered the syndrome while examining two newborn girls Initially, it was nameless but later Yolande van Bever, a clinical geneticist proposed the name Stromme Syndrome in 2007. Stating it to be an inborn condition that has similar clinical symptoms. These sisters were born with the following:

What Are The Causes?

CENPF gene, a gene code for centromere protein F when mutated, causes Stromme Syndrome. Protein F plays an important role in chromosome segregation(click here). Chromosome segregation happens when chromatids (two sisters) migrate to opposite poles of the cell nucleus once they separate from each other.

What Are The Symptoms?

Here is an example of ocular anomalies. Babies born with underdeveloped eyes or any sort of eye anomalies have Stromme syndrome. These eye disorders can include any of the following conditions:

This is an eye anomaly wherein the cornea mixes with the white external layer of the eyeball, causing there to be no obvious limit between them.

This concerns the eye size of both the eyes. That is, either of the two eyes are smaller than the other one.

This is a condition wherein either of the corneas are tiny.

This means the hanging or falling of the upper eyelid.

This means to an overlap of skin on the upper eyelid that covers the internal corner of the eye.

Other than the above mentioned complications, newborns with Stromme syndrome sometimes also have renal and cardiac system accompanying problems.

Stromme syndrome is generally diagnosed by observing an infant’s or newborn’s body at the time of birth or after. However, a detailed genetic test can help in providing a full confirmation of whether the infant has Stromme syndrome or not.

In the presence of intestinal atresia, it is possible to diagnose it before birth, during pregnancy period. This can be done through prenatal ultrasound or MRI scan of the fetus.

In some cases, the diagnosis also takes place after the delivery due to the presence of intestinal atresia. The symptoms can include the following:

Stromme syndrome prognosis is not clear yet. There were newborns who had initially gotten Stromme syndrome who survived birth and infancy and continued to live their childhood and adolescence. However, many of those affected by Stromme syndrome died before or after birth.

Treatment of Stromme syndrome usually depends on the kind of symptoms a person suffers. In the case of intestinal atresia, surgeries can help, in the case of eyes, no surgery has been reported since 2017.

13 individuals have been diagnosed with Stromme syndrome, however, the prevalence of the syndrome is not known yet.

Ruby was diagnosed with Stromme Syndrome when she was in the NICU. However at that time stromme syndrome was commonly known as the apple peel intestinal atresia, ocular anomalies, and microcephaly syndrome(listing the symptoms one has in stromme syndrome).

Ruby’s major symptom was ocular anomalies. She has normal eyes but her corneas were extremely clouded at the time of her birth which made the doctors believe that she was totally blind. However, as she grew up she could feel and see colors around her meaning that she was only partially blind.

To get to know more click here to hear the journey from Ruby and her mom.

Specialists originally recognized Stromme disorder in 1993, so there has been little examination into the impacts of the condition further down the road.

It is described by three fundamental side effects: intestinal atresia, ocular anomalies, and cranial abnormalities. Nonetheless, cranial anomalies are absent in some babies with Stromme condition.

Stromme disorder can be lethal for infants. Notwithstanding, some have a decent condition.