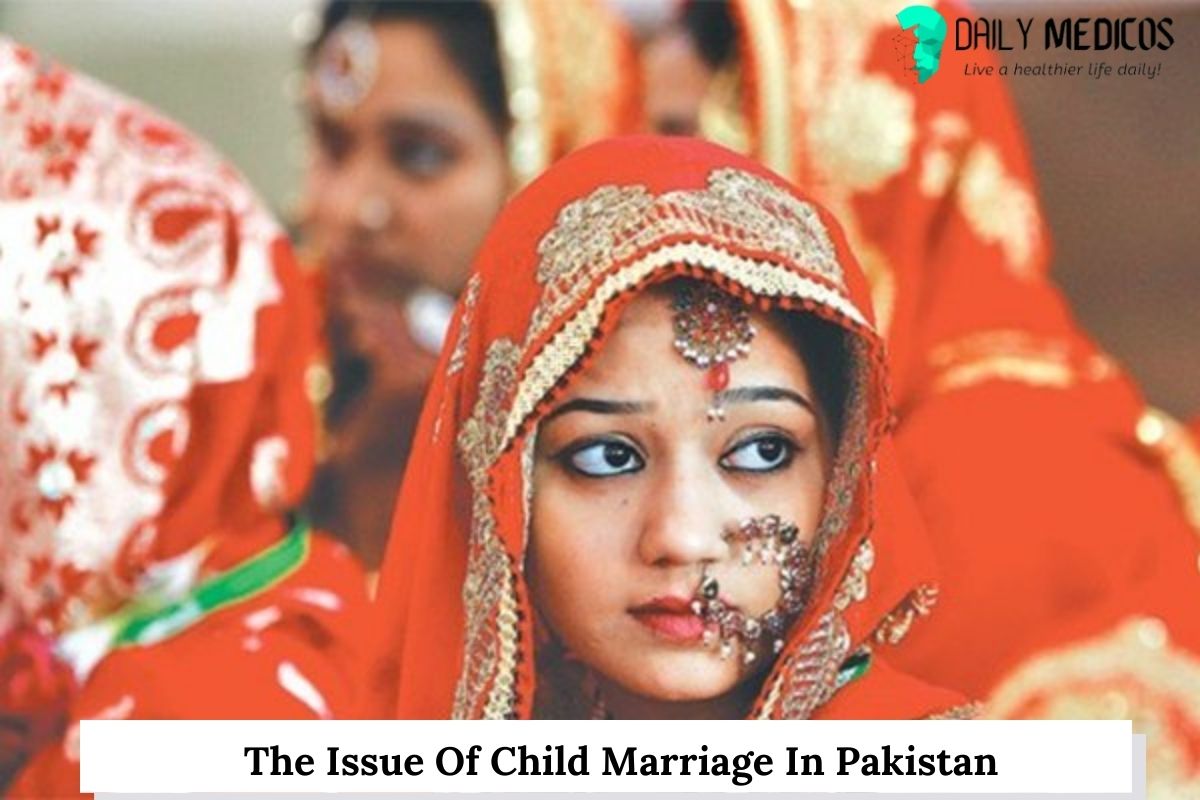 The Issue Of Child Marriage In Pakistan

Child Marriage or Forced Marriage? That’s the question every other girl asks herself when she’s pressured into a marriage with a man and has no consent in it. The issue of child marriage in Pakistan is way too common.

Child Marriage is a commitment between two individuals; it could be that both individuals are under 18-years-old or one could be under 18, and the other may be older. Research states that approximately 11% worldwide are married before they even reach the age of 16. It’s agreeable that boys could also be affected by child marriage, but it’s mostly girls who suffer the consequences of shackles the parents tie the kid too.

Why does the issue of child marriage in Pakistan exist?

From several rising issues, Child Marriages remain a complex one and occur due to various reasons. Child Marriage in Pakistan exists because of:

Coming to think of it, it’s rooted in the hearts of many that women as a gender are inferior to men, hence resulting in gender inequality between male and female both. When importance is given to only one gender, the other somehow gets neglected and is a disadvantage. Girls are subject to Child Marriage in Pakistan since they are taken as the burden of various Pakistani households and need to be married off as quickly.

Another reason why Child Marriages occur is because of a man’s dominance and how he believes his wife or the women in his household should be influenced by him only. A man wants a young girl who eats, sleeps, and breathes according to his terms. He dresses the women of his house the way he seems appropriate, wants them to speak what he thinks is right, and builds an opinion according to his standards.

Various Pakistani households believe that a woman’s purity is her most precious asset. Not her education, not her thinking but her purity, and they justify this mostly by using religion. Islam believes in consent, and if that isn’t involved, then it’s taken as a bad doing and oppression.

Some households follow their ancestors’ ways by marrying their kids at a younger age only for the sake of ancestral culture and how following it deems them good in the eyes of their elders. As soon as a girl hits puberty, she is considered of age to become a wife and later a mother to children.

Some households follow Child Marriages to lay off on expenses that they face difficulty fulfilling, so by marrying the girl, a member in the family is reduced hence giving them an easy way out of poverty.

6. Security of the future

Some communities believe that securing a girls/boys future is most important when they come of age. Some families set up their children’s marriages when they are little to attain a benefit of their own. Child marriage in Pakistan is done to secure a good future in a wealthy family, and it is most likely she gets married to a rich older husband because she is less educated and young, which is deemed as perfection.

Some of these ways are followed without questioning and considering the outcomes of such marriages later onwards. With that being said, read below to find out what is the take of people on Child Marriage in Pakistan.

Concept of Child Marriage in Pakistan: A take by the general public

The Religion Islam has laid down various principles for its believers to ensure a good and better living. Islam is a religion of peace, not of oppression, but various people have their own takes on it.

Islam deeply believes in consent and hence has given the practice of Nikkah where amongst a room full of witnesses, and family members, a male and female both are questioned if they are willing to get married to the chosen male/female giving them a right to deny or say yes.

People including both women and men believe that Child Marriages, especially in our country, are a way to protect the girl, so she doesn’t live a life of Liberty and does not do what she pleases. In some households, women’s opinions do not have the same importance as a man to date.

A girl is still told to stay put and not pursue education, whereas the male kid of the family is given a king’s life. This, on the other hand, is unjust and fair to gender, and our religion does not allow it.

Which areas does it occur mostly?

In today’s era, where so many people have a progressive mind, some families still believe the marriage of a young boy/ girl is the answer to every problem. Child marriage mostly happens in rural areas, where there is a lack of knowledge and awareness and a high rate of poverty.

The problem exists in households in the city too, amongst the rich and the poor households both, depending solely upon their lack of education and oppression since it is taken as a good deed for a woman to subject to men.

This has become one of the rising problems and needs to be stopped because it affects the individuals involved in a marriage and even the upcoming generation. Read more to find out the impact of a Child Marriage: socially, economically, and politically.

Everyday in Pakistan some girl or boy is the subject to child marriage. The number keeps on increasing, but do we stop and think about the impacts economically at the cost of the child.

When a girl is married earlier in life at a young age, she automatically becomes a young mother. These marriages lead to a girl having kids early and more children over time.

As an increase in population, various households cannot support the rising number of kids and needs are not met, thus leading those households towards poverty.

Child marriage in Pakistan occurs when the kids are younger, and at an early age, they lack the skills and knowledge many others do have at their age because instead of focusing on their education, those children may have kids. When there is no proper education source, the mothers can not educate their kids in the way they are supposed to, which results in their kids facing problems and backwardness in thought. A mother should be educated so she can educate her son and daughter for a better future.

Girls in Child Marriage are at a higher health risk and become subjects to various problems and diseases such as cervical cancer, sexually transmitted diseases, and even death during childbirth since they are young and weak. These young girls’ offspring are most likely to be premature and die as a neonate and infant.

From all the gathered information, we understand how child marriage is not a positive contribution to a nation. It has a greater impact, and not only that, but it results in population growth and delays the demographic dividend that could be achieved if there were fewer births and more focus on education.

Ending this custom would help break the cross-generational paradox of poverty by giving both genders a chance to contribute to society’s well-being economically and politically. There are two genders for a reason because both have the capability to contribute to the well-being of a nation.

If we empower these children and educate them, then later onwards in their lives, they will be able to nourish and give the same amount of care and even more to the upcoming generations, which will be healthy in the long run.