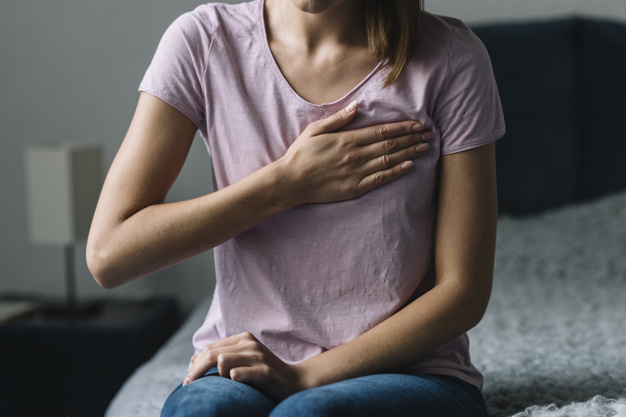 Breast cancer is the type of cancer that starts to develop by abnormal growth of cells in the milk-producing tubes or breast. It develops in lobes and ducts that carry milk to nipples. It is the second most common cancer causing deaths around the world, among women. Breast disorders are sometimes benign and sometimes get worse into cancer. Breast cancer creates fear because it results in the loss of a breast or a life.

Early diagnosis and good treatment can help in maintaining health as well as a successful cure.

Breast cancers can also be found in men but are only 1%, and is most common in women. The risk of breast cancer increases with age.

Due to multiple types of research and awareness, the survival chances for breast cancer has increased. Due to early diagnosis, maximum knowledge and understanding, and early treatment lead to a reduced number of deaths.

Rare type of breast cancers are :

The kind of tissue

Many types of tissues are found in the breast but most often cancer cells start to develop in three main tissue that are:

The extent of spread

According to extent breast cancer can be classified into:

The type of tumor receptors

Breast cancer signs do not show up early. Sometimes it is not cancer but any breast disorder which is not treated, can become complicated into cancer which shows up with symptoms.

The most common and early symptoms of breast cancer are:

In advanced stages of cancer:

Most often, if cancer spreads to another organ then it shows clear symptoms.

In inflammatory breast cancer, the breast becomes visibly enlarged with redness and swelling. Its skin becomes leathery and can have ridges. And nipple gets inward with common discharge. No lump is formed in this.

As we know that breast cancer is the 2nd most leading cause after lung cancer in women. The death rate is now decreased but it still develops in 1 in the 8th women across the world. It is not early diagnosed so remembering the risk factors can help in the early diagnosis, treatment, and cure.

Several risk factors vary from one woman to another, for some the risk is high for some it is low, and depends upon the following factors which increase the risk.

However, with the help of exercise and diet the chances of cancer can be reduced.

The symptoms of breast cancer are not shown in the early stages so it is hard to diagnose this cancer early. But early treatment is successful and can be life saving. After noticing some differences in your breast size, color, nipple appearance, any lump formation, or any discharge kindly see your doctor.

The screening and diagnosis by multiple testing are as follows:

The staging of breast cancer is done according to the extent of its spread. As it is unknown in the beginning and known after it gets spread to other tissues or parts of the body. The stages are:

The treatment for the patient is decided after its evaluating her condition, her age, the type of cancer she has, the stage she is on, and how much the cancer has spread.

After examining these factors the physicians choose the procedures from the following:

Chemotherapy is done by using chemo drugs which inhibit the rate of fast growing abnormal cells and slow their multiplication or kills it. Chemotherapy is not enough for curing breast cancer, it is combined with radiation therapy or hormonal therapy. The drugs are given intravenously or sometimes orally.

Hormonal therapy is basically a hormonal blocking therapy. The hormones which are positive to cancer growth are blocked like progesterone and estrogen. Sometimes hormone therapy is done after surgery which helps in not returning cancer.

The surgeries involved in treating breast cancer are:

Breast cancer risk can be prevented if you don’t take drugs or medications for birth control. You may see your doctor after you notice some changes, or you match any of the risk factors mentioned above. Do not drink an excessive amount of strong alcohol. Be aware with the self-test examination of the breast. Exercise at least 30 minutes in 5 or 6 out of 7 days of the week. Avoid Postmenstrual or post-menopause drugs, keep all that natural. Maintain a healthy weight and a balanced diet. Avoid contraceptive medicines also.