What should you know about pharmacokinetics as a pharmacist? [Detailed Guide]

Do you ever think that whenever you consume any medicine, it affects your body? Will your body allow your medicine to absorb, distribute, and eliminate easily just like any other food, or treat it differently? If you are curious about it then pharmacokinetics will answer you what your body does when you consume a medicine/medicinal drug

Pharmacokinetics is the branch of pharmacology that deals with the brief description of the effect of the body on drugs. It is the opposite of pharmacodynamics that actually tells that will be the effect of the drug on the body. In a simpler way, we can say that pharmacology is an extensive study of drugs that is divided into two main sub-branches: 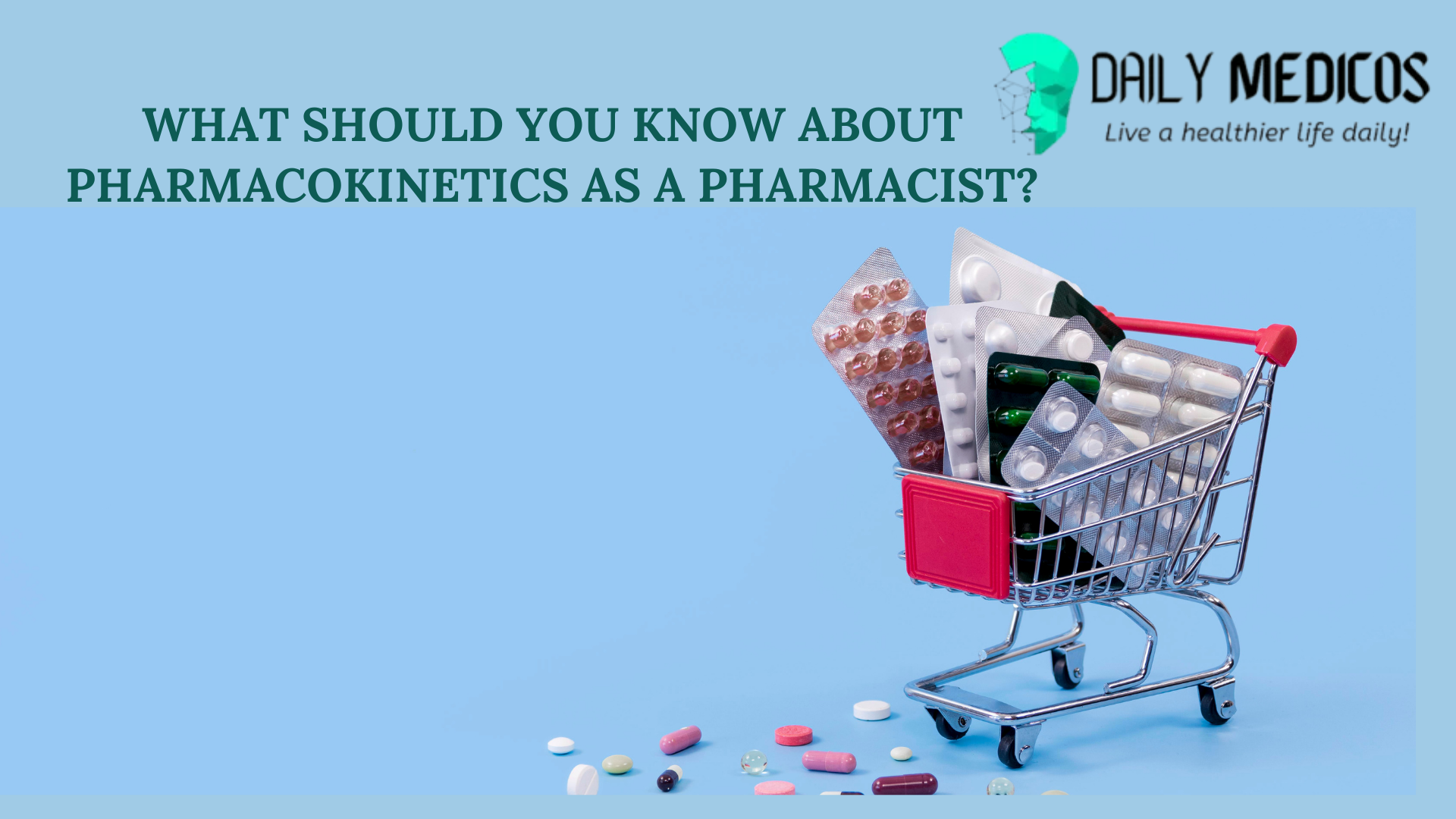 There are four main processes that are often known as principles of pharmacokinetics and abbreviated as ADME. Pharmacokinetics based  on the following four process

The volume of distributio

Clearance: It represents the amount and rate of elimination of drugs out of the body. It is the sum of hepatic and renal clearance.

Bio-availability: the amount of drug that reaches systemic circulation or drug is called its bioavailability. The bioavailability of drugs depends upon the route of administration and how fast the drug is being absorbed, distributed, and metabolized.

Dosing: It includes both the maintenance dose and loading dose.

Why do we study pharmacokinetics?

Here a question arises: why do we study it in pharmacy education? So the significance of pharmacokinetics in academic life as well in professional life can be highlighted through dew logical points:

What should we know about pharmacokinetics as a pharmacist?

Pharmacists are trained to become drug experts and they are expected to know about each and everything about a medicinal drug. As a pharmacist, we believe knowing that

Here we go through the main concept, process, and principle of pharmacokinetics. Of Course, pharmacodynamics is a vast subject that can’t be completely discussed on a single page. Every class of medicinal drug possesses its own characteristic pharmacokinetic properties or you can say that the body treats every drug differently depending upon the route of administration and other parameters.