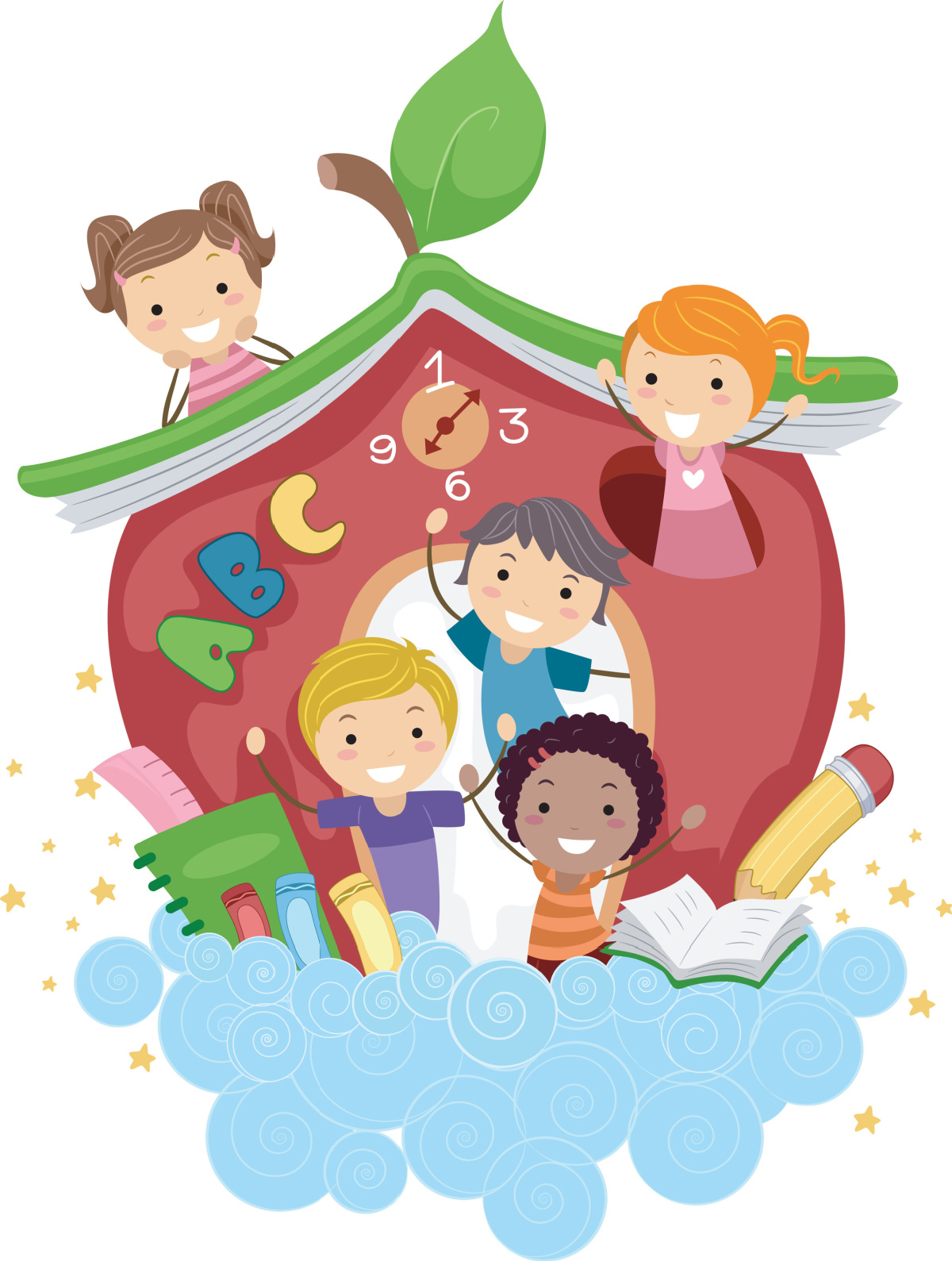 Who invented school, and why was it invented? We all know that every student has occasionally asked themselves that question.

Many students wonder why they are being punished in such a terrible and strange way, especially on days when tests are complex.

Schools were not recently created. You may have seen some historic one-room schools that date back at least two hundred years. However, the oldest schools have existed for thousands of years!

In actuality, education has existed since the very first humans ever to occupy the earth.

Why? Every generation has discovered that it is vital to transmitting to the following generation its acquired information, values, abilities, and traditions to live.

How is this even possible? Education! These concepts must be imparted to each succeeding generation.

The first humans did the transmission of knowledge without the use of schools. They educated each youngster individually within the family. However, as time passed, populations grew, and towns formed.

The institution known as a school is where teachers instruct students in a classroom setting.

The idea of spreading information in every way has always existed, and schools are where these concepts have been put into practice through particular methods that can aid students in learning more effective and structured way.

Every student considers the origin of the school, and more precisely, the person who created college, at least once throughout the school day.

Today, formal schooling is required in the majority of nations. But things weren’t always that way.

However, old schools were not the same as modern ones. Rather than emphasizing specific subject areas like today, early schools focused more on teaching skills and religious values.

In contrast to today, education in ancient times was centered on pottery-making, communication, and hunting.

Later, parents started teaching their kids one-on-one, passing on wisdom they had learned from the elders. As a result, education first began in families before going public.

Many educators had already started instructing pupils before Horace Mann’s proposal for modern education in schools.

People believed that educating big groups of pupils rather than one student at a time might more effectively convey education. It ultimately resulted in the creation of schools.

Since ancient times, formal education has been the norm in many nations, including India.

Reading, writing, and arithmetic were the main subjects of earlier schools. Soon, it included explicit goals like educating the soldiers.

Schools use these formal schools to teach kids about arithmetic, philosophy, and history. Education wasn’t required back then, yet it greatly impacted people’s lives.

Who Invented Schools: Roles of Different Civilizations in Modern Education

Even in classical antiquity, the idea of teaching students in one central area had existed.

The student body used to assemble in a learning space known as an academic at the time. The Byzantine Empire had created the primary education system by 425 A.D.

Greek philosophers acknowledged the military members with various topics in these lectures and imparted information on math, history, language, and even philosophy.

This Byzantine educational system persisted till the fall of the empire.

Since roughly 385 BC or 500 A.D., the history of the formal education system may be traced to ancient Greece, ancient Rome, and ancient Egypt.

In this educational system, pupils met in designated locations to get instruction from tutors.

The term “academy” was first used by the Greek philosopher and scholar Plato, who founded a school of philosophy at a place called Akademia and popularized the term.

Education in the Byzantine Empire:

With the founding of the University of Constantinople in around 425 A.D., the first school was created.

Compared to other civilizations, this education system was far more structured, thorough, and organized.

In both urban and rural parts of the Byzantine Empire, formal elementary school, secondary school, and higher education was initially offered.

The Byzantine empire’s citizens were significantly more literate and civilized at that time than individuals in other nations and civilizations.

Islam places a strong focus on the value of education and learning. Islamic civilization has had a significant historical impact on the development of the modern school system.

Islamic culture offered a systematic approach to education and strongly emphasized education for all.

For this reason, political leaders created madrassas and community centers in various cities.

Horace Mann is the creator of the modern notion of school. Mann was born in 1796 and later rose to Massachusetts Secretary of Education.

He is credited for being an innovator in implementing educational reforms.

Horace Mann was convinced that structured information transfer required public education, where pupils would adhere to a curriculum.

Additionally, he thought that education should focus on civic virtue and character rather than just teaching people how to progress in society.

Mann’s teaching strategies quickly gained acceptance and were used by other states.

He established several public schools in Massachusetts while he was governor.

Mann made it a point to stop at every Massachusetts school to observe how they ran while serving as the school board’s secretary.

Around 1838, he started the Common School Journal for educators to use as a guide and to stay at the same level in their lessons.

He also visited Europe to examine educational systems and research their approaches.

Why Was School Created?

Education transfer from one generation to the next has existed for as long as there have been people.

However, there were no specialized schools to receive an education like there are now.

In their ways, our forefathers passed on to subsequent generations what they had learned through their own lives.

As time went on, man’s advancements led to an increase in the human population.

People soon realized that teaching a bigger group of youngsters with the assistance of a smaller group of adults would be more straightforward and more effective.

Early in the school year, this was. However, calculus was not taught then; instead, students learned about survival and religious principles.

What inspired the development of all the dull material that kids are currently given in the educational system?

The entire goal of the existing educational system is to produce a workforce and employees for the military factories.

Such a force operates without hesitation from 9 to 5 like a machine. Although implausible, this is real.

The person from the USA known as “Horace Mann” is regarded as the most prominent and influential phenomenon of the current educational system.

He was a star student and was born in 1796. He was active in advancing education and was eventually elected to the Massachusetts legislature.

He began work on creating the educational system we had today when he was appointed Secretary of the Massachusetts Board of Education in 1837.

He insisted that educators be a well-educated and professionalized class of laborers, that the general populace fund schools, and that schools be non-partisan.

Mann also supported the idea that schools should educate students regardless of their social class since he believed that education was a way to balance out circumstances and that all students should have an equal opportunity to learn.

If you’re asking, “Who created the cutting-edge educational system in the United States,” Horace Mann would have a robust case for being its founder.

Remember that many institutions, colleges, and instructional frameworks were already established before Mann.

In any case, he was a pioneer and dependable supporter in the training industry.

A significant number of the components and characteristics of the innovative U.S. tutoring framework can be traced back to him.

Mann proposed six guiding principles for public education. Although they were adopted and put into practice, they were somewhat contentious at the time. These are them:

Along with these guidelines, Mann divided grades according to age rather than putting all pupils in one group.

The idea that lectures would be more conducive to learning was also well put forth by him.

As other states started implementing Mann’s views over time, the education system we have today was born.

Over time, various nations valued education and schooling more and more. Here are several countries that have made schooling compulsory:

Why Is Education Important?

Schools have played a significant role in the development and growth of people worldwide.

Almost everyone who lives in an urban environment has been exposed to schooling. They spent most of their early years in a school setting.

Despite its safety, schools exist to support you in life by providing you with the necessary knowledge and skills.

It is a critical time in your life as you are exposed to various social scenarios and academic settings.

These circumstances serve as stimuli to assist us in reaching our social, emotional, and cognitive developmental milestones. They are critical to our general health.

Today, several organizations dedicate their days and nights to ensuring that every child, whether they live in an urban or rural region, has access to education.

These organizations aim to finance and offer free education to children from low-income families.

In addition to knowing that going to school and learning new things are fundamental rights that should be granted to everyone equally, it is crucial to understand how important it is to go to school.

One must offer as much as possible to this cause as knowledgeable people!

Interesting Facts About the Invention of The School

Here are some interesting facts about schools.

Why Is School Necessary?

Schools instill in kids a sense of discipline and the skills necessary for reading and writing.

The student gets better at developing relationships due to interacting with other people.

Students learn how to co-exist with nature in schools. Schools instill in their students the values of responsibility, patriotism, and service to others through various activities.

People leave school with the information and abilities needed to function in their daily lives and deal with issues.

Over time, schools have produced successful professionals like engineers and doctors, as well as peacemakers who heal, love and assist others, improving the quality of life for everyone.

Many scholars contributed to the founding of the school, and the modern educational system was developed due to those contributions made by different people globally.

Therefore, it would be highly incorrect to attribute all the credit for the invention of the school to just one single person.

The foundations for creating a school—a location or institution where knowledge was shared—had existed since the dawn of humankind, but as time passed, the ideal model of the school changed.

Finally, around the 17th century, Horace Mann introduced the factory model school, which was later accepted in the United States and internationally.

However, even after the “Factory Model School” was acknowledged, the model has continued to change due to additions. It is a continuing, constant process.