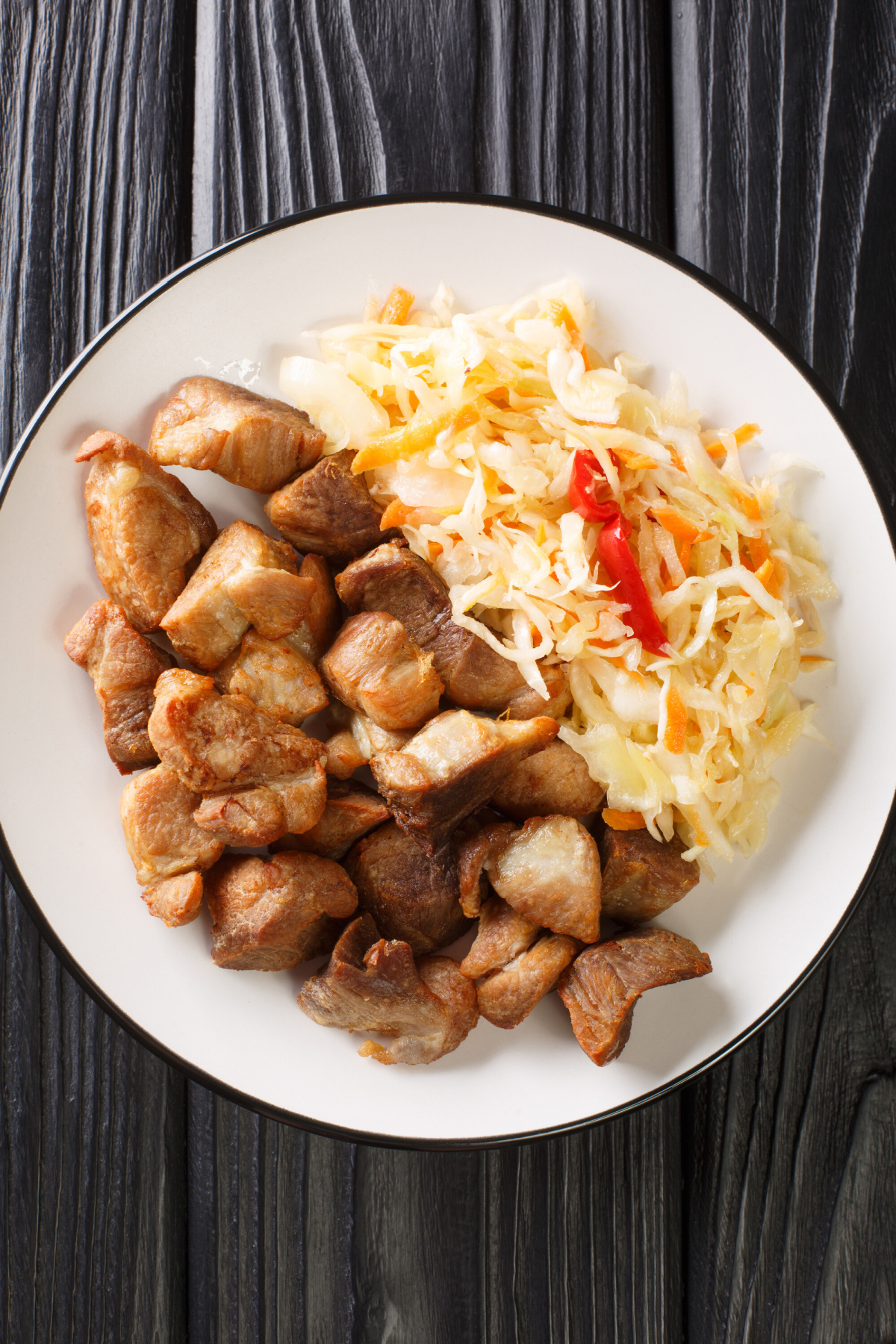 Haitian cuisine is so delicious and vibrant! We’ve found the best Haitian dishes for you to enjoy.

Haiti is a small island nation located between the Caribbean Sea and the North Atlantic Ocean. Haiti’s closest neighbors are Jamaica and Cuba!

Prior to independence in 1804, Haiti was colonized by France. Haiti’s interesting relationship with its neighbors and colonizers has blended into its cuisine. There are African, French, Spanish, and Arab influences in Haitian cuisine! 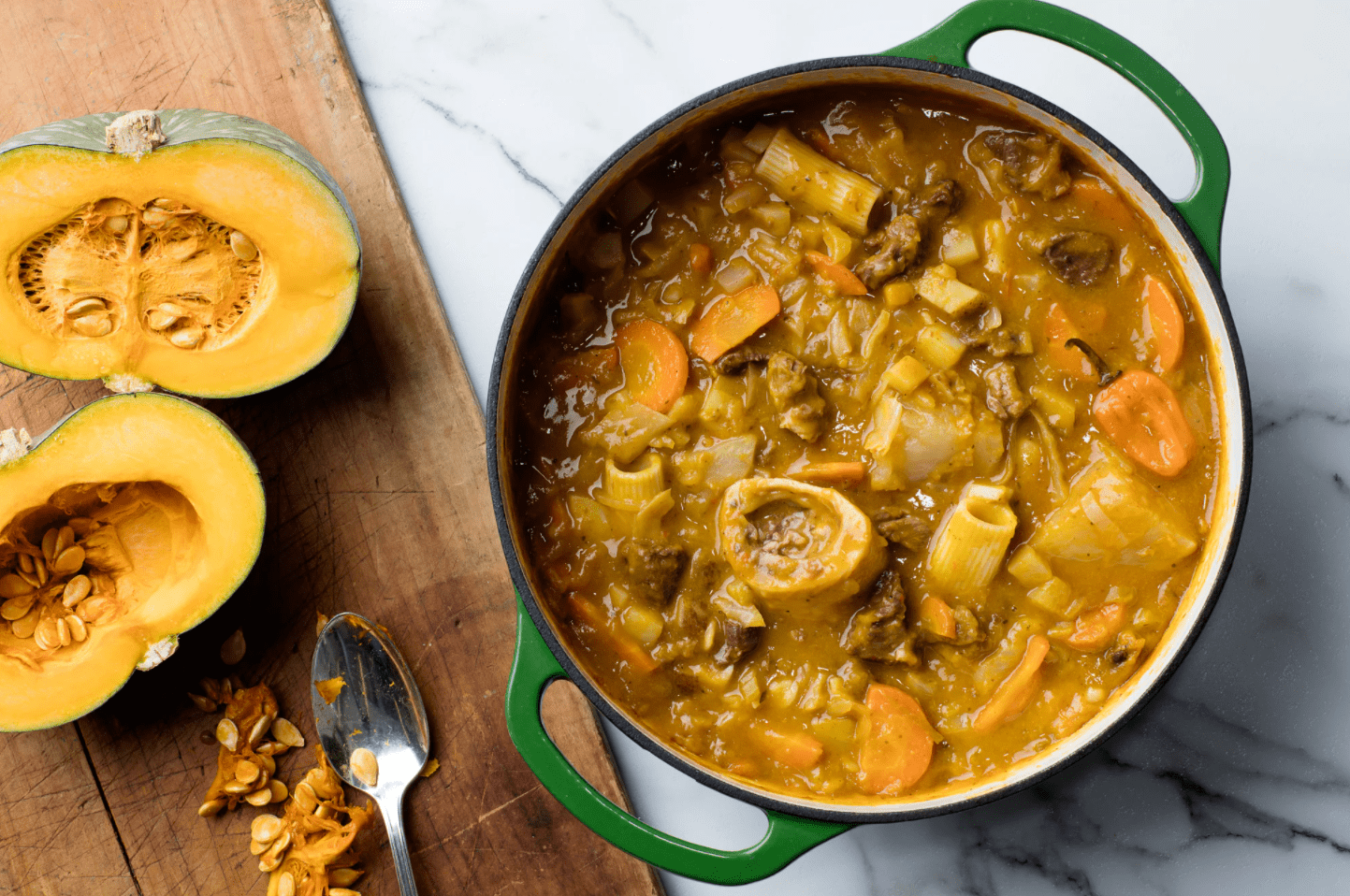 In 2021, soup joumou was added to the UNESCO Intangible Cultural Heritage List. This means soup joumou is regarded as being an important and invaluable part of Haitian cultural heritage.

Soup joumou is primarily made from local squash. During French colonial rule, Haitians were forced by their oppressors to harvest squash.

However, Haitians were prohibited from eating and enjoying it themselves. After Haitians gained independence in 1804, they ate to celebrate their freedom and liberty. Soup joumou is a deeply symbolic and extremely meaningful Haitian dish. 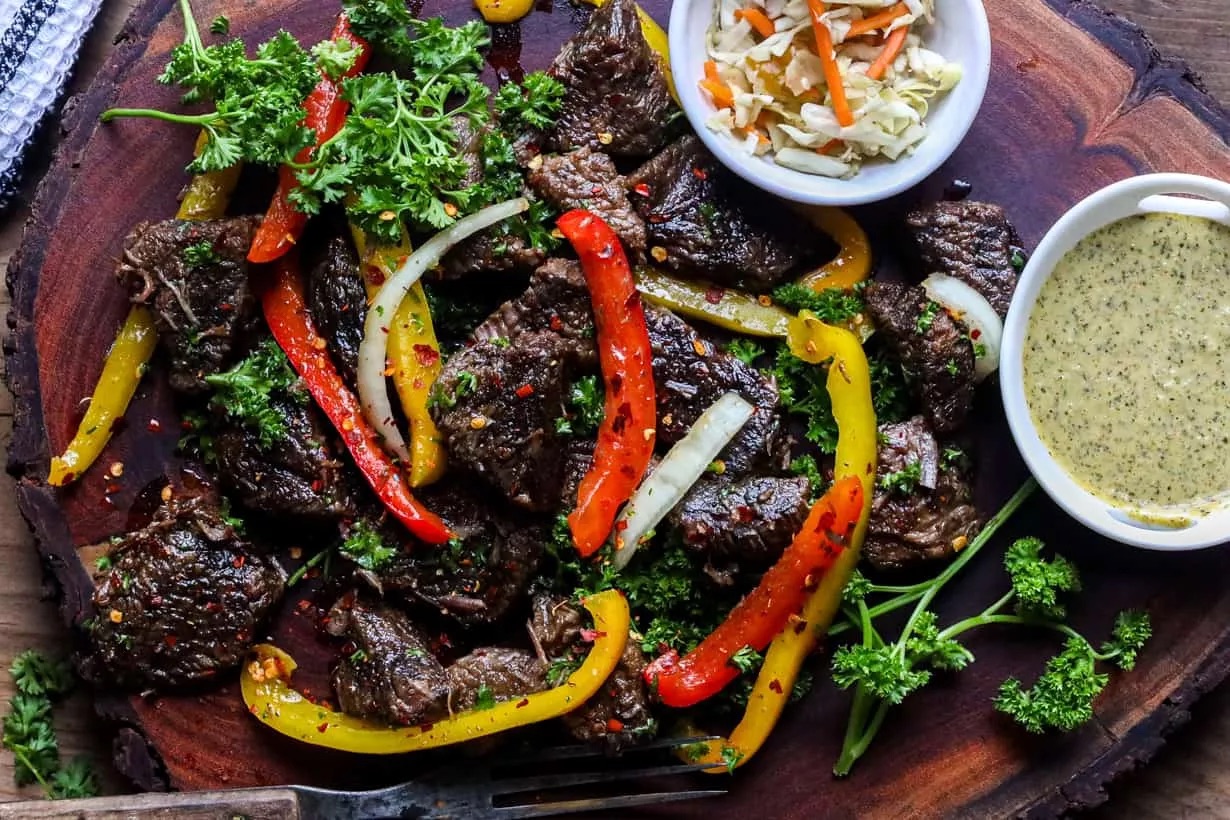 Tassot is a traditional Haitian dish made from goat or beef. It’s a very simple but very delicious meal. Cubed goat or beef is fried with onions, orange juice, and lemon juice.

Tassot can be eaten with rice or salad. It’s an easy-to-make and really popular dish everyone will love! 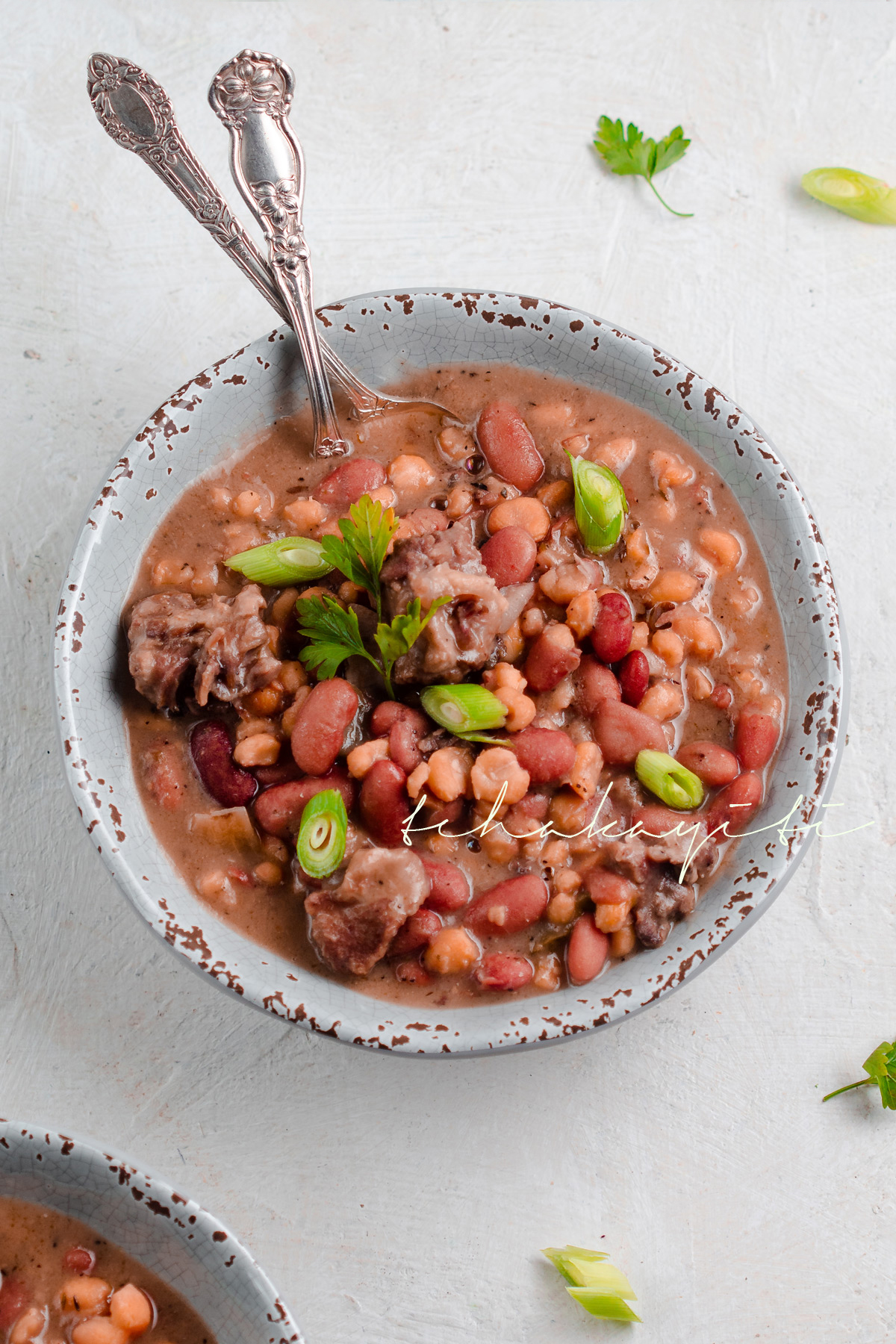 Tchaka is a Haitian stew made with hominy (dried corn kernels), beans, pumpkin, and pork. However, there are many local varieties of tchaka in Haiti. It’s common to replace pork with beef, mutton, or crab. Tchaka is a hearty and unique stew that is traditionally eaten in winter. 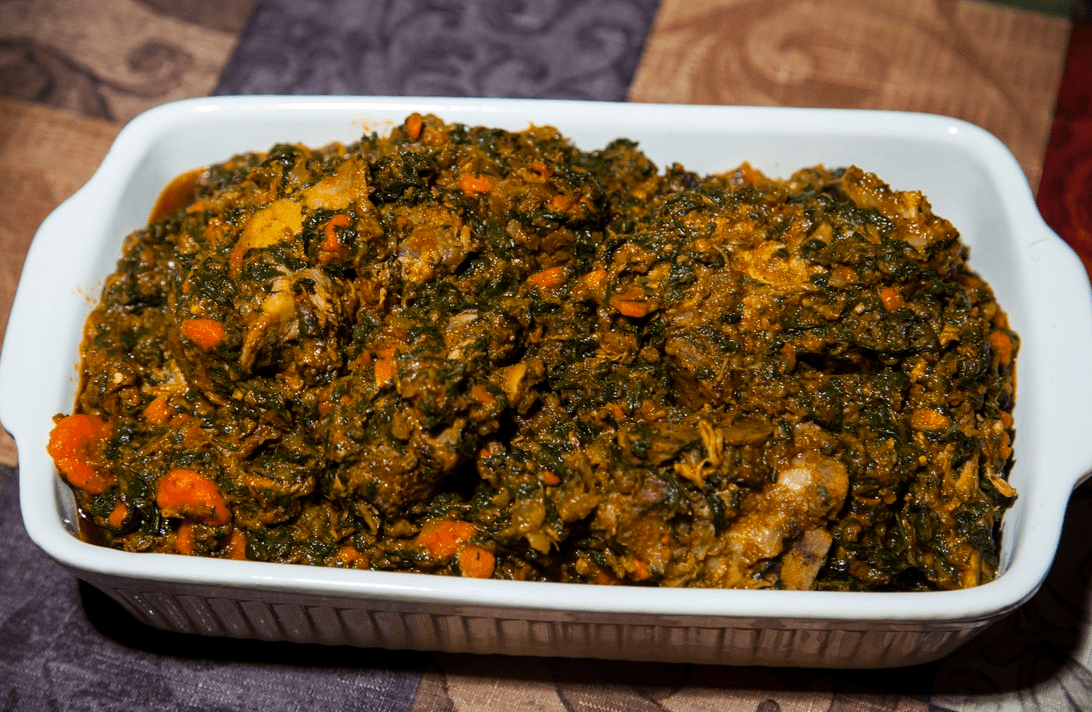 This is a thick, aromatic, comforting stew. It can also be made vegan by simply replacing the simmered beef with chunky pieces of eggplant. Haitian legume makes the perfect, healthy midweek dinner. 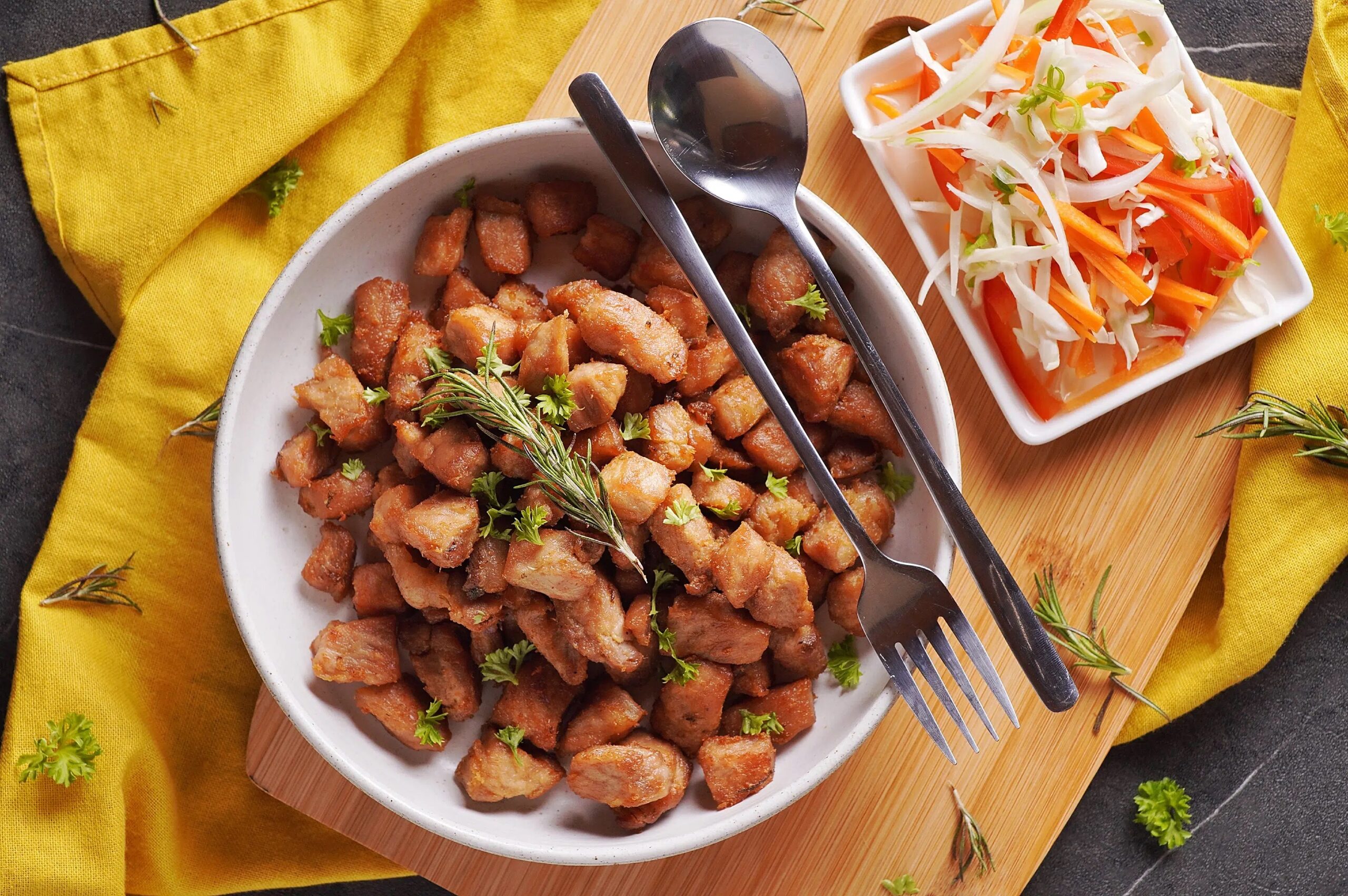 Griot is one of Haiti’s best dishes. It’s essentially a very special marinated pork shoulder. The pork shoulder is marinated overnight in citrus and epis, then braised or roasted until it is tender.

Griot is served with seasonal vegetables, plantain, red beans, and brown rice. It is a wholesome and rich meal that is loved by people all over the world. Griot is the perfect combination of spicy chilies, sweet vegetables, sour citrus, and rich meaty aromas. 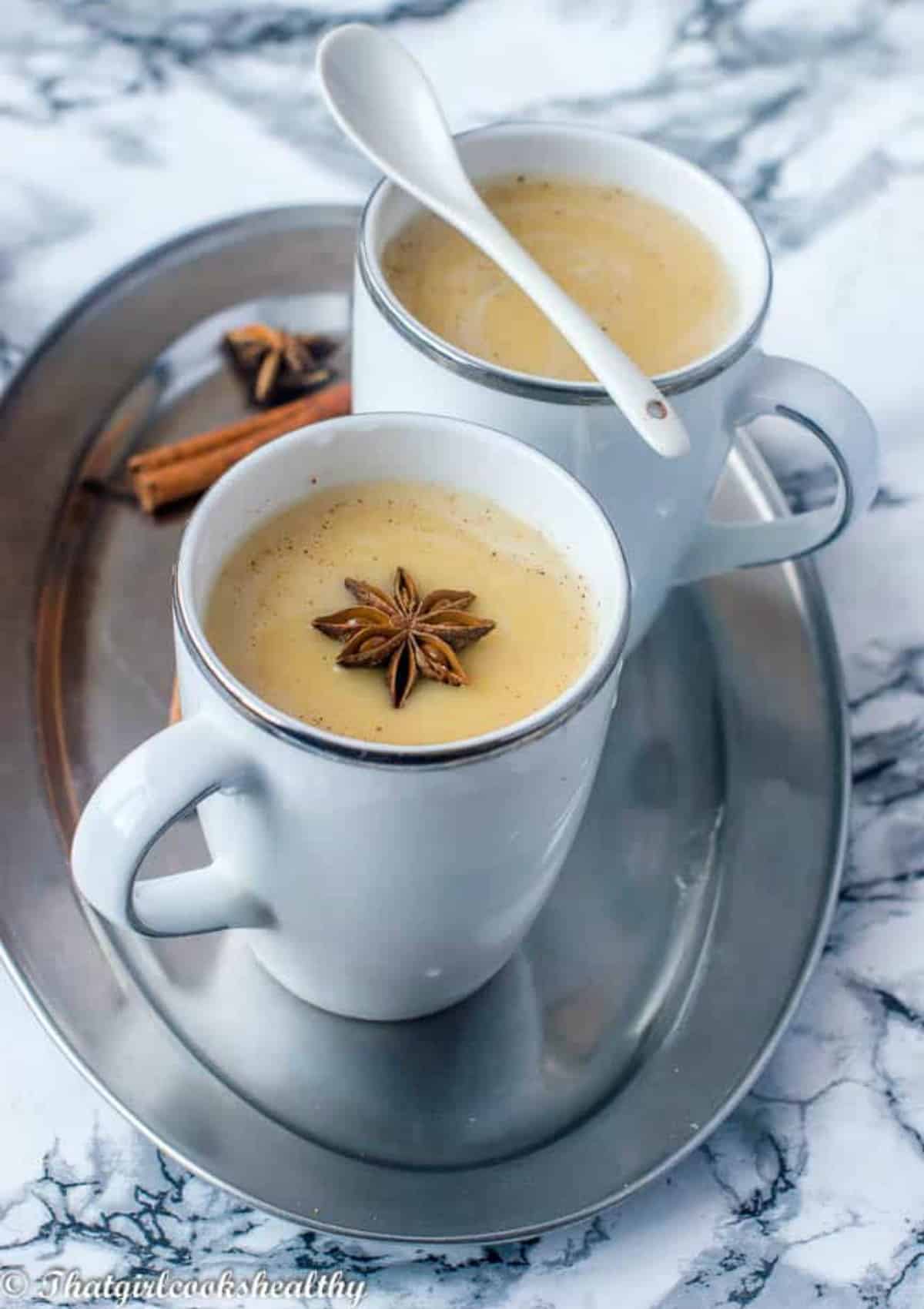 Akasan is a Haitian drink made from milk, corn flour, anise stars, vanilla, and cinnamon. Akasan is usually served cold as a refreshing drink for hot summer days.

It’s really easy to make akasan at home. Simply combine all the ingredients into a pan and simmer until the corn flour has dissolved. 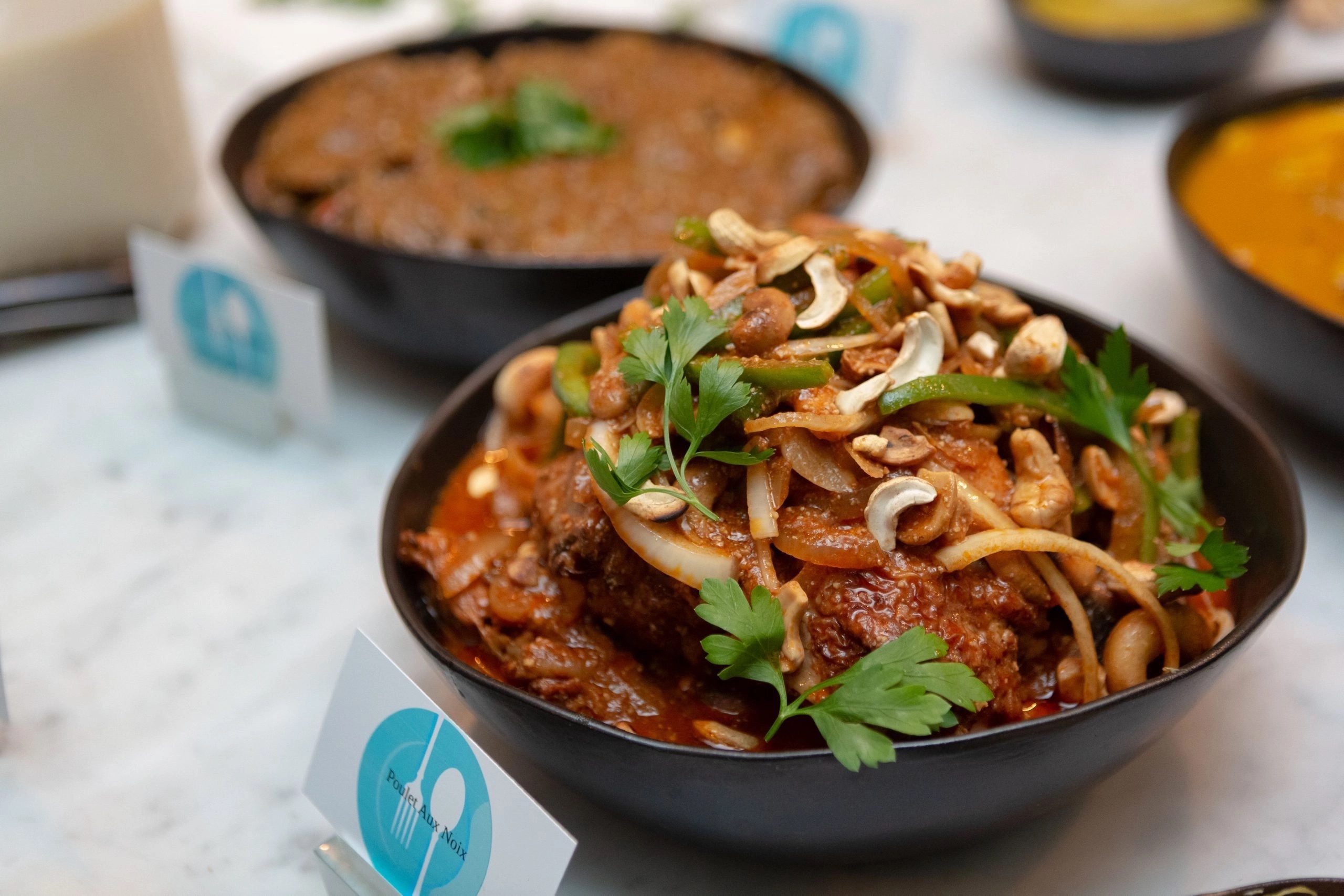 Poul ak nwa, or poulet aux noix, is a vibrant and aromatic chicken stew served on special occasions. It is made with chicken, cashews, bell pepper, tomatoes, and chili.

The trick is to cook the poul ak nwa for a couple of hours. This ensures the chicken fats and juices fully blend into the stew. We love to serve our poul ak nwa with rice and ripe avocados. 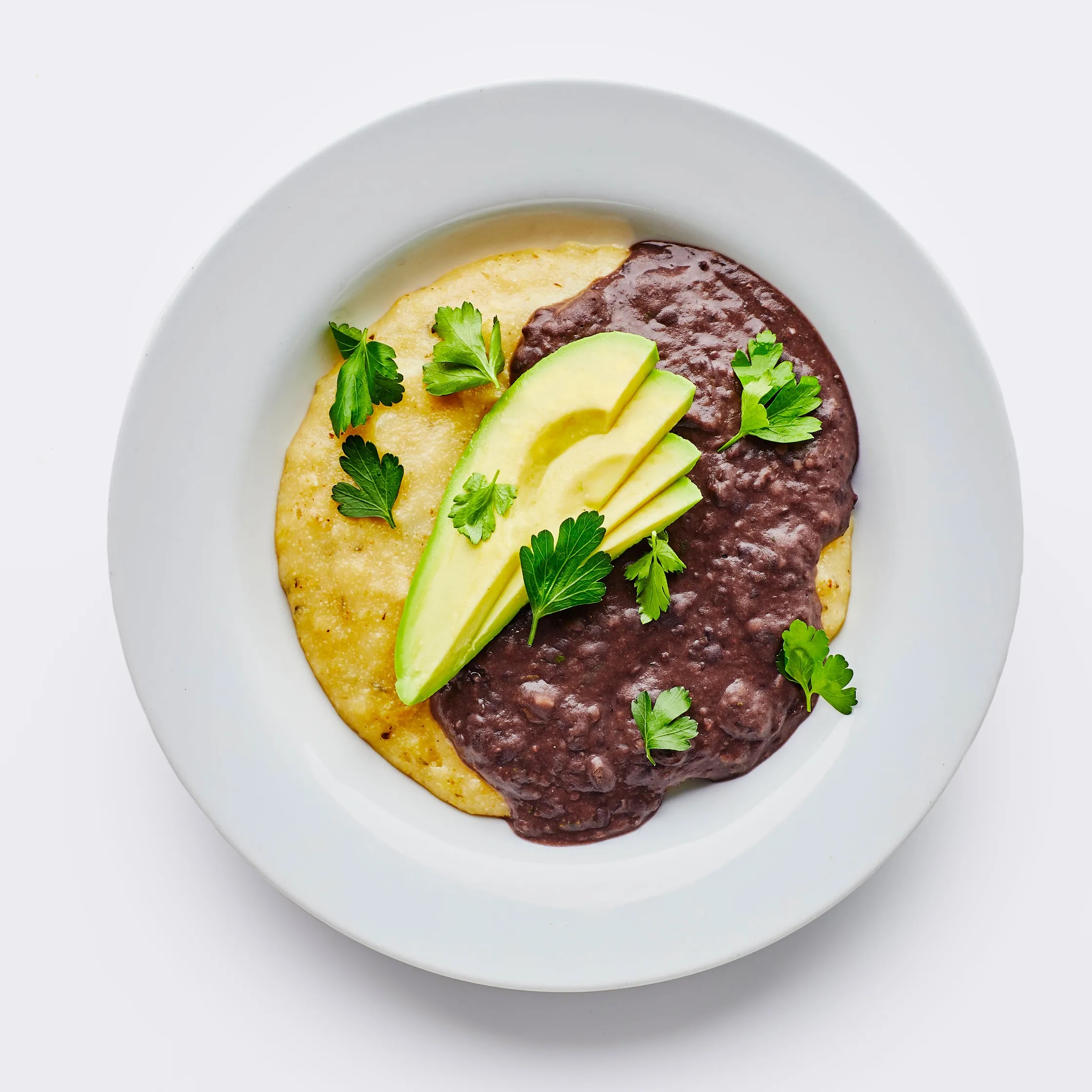 Mayi moulen is savory Haitian porridge. If you love experimenting with new porridge or cornmeal flavors, you’re going to love this unique dish.

Mayi moulen is made with lots of garlic and butter. Mayi moulen is usually served alongside stews or with sos pwa nwa (black bean sauce) and ripe avocados. 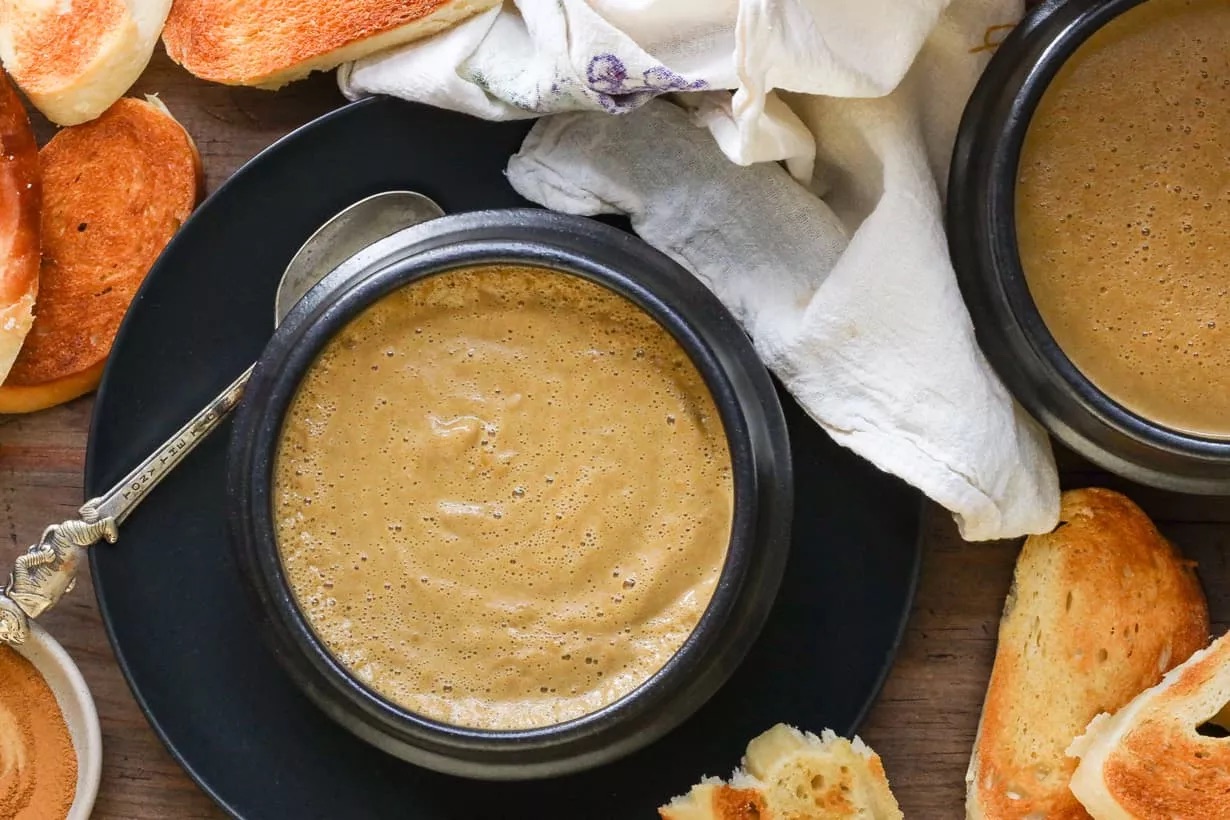 Unlike English porridge, labouyi bannann uses plantains instead of oats. The plantains are blended until smooth. They are then mixed in a pan on a low heat with milk, coconut milk, cinnamon, and star anis.

The mixture is boiled until it has thickened and resembles porridge. If you’re on the hunt for a new, healthy breakfast, look no further than labouyi bannann! 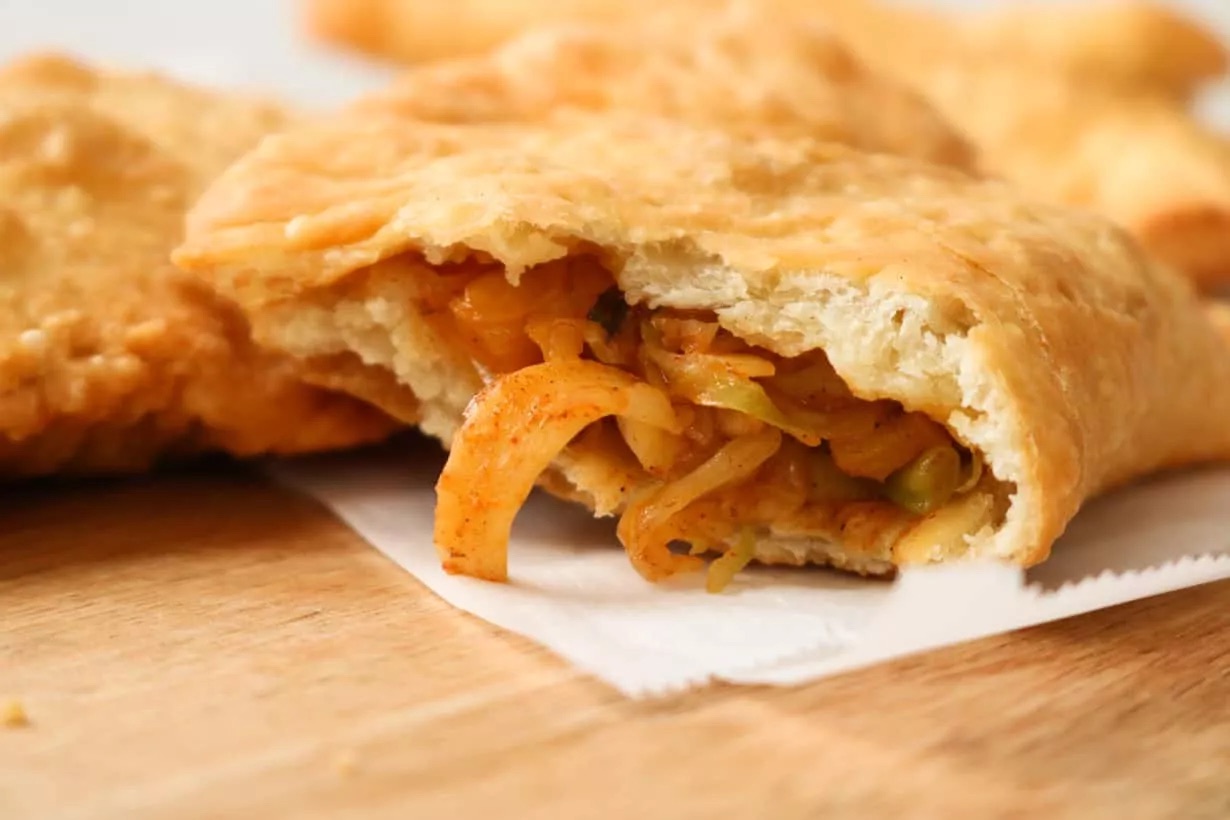 Haitian pate is a savory meat pastry. It is made with meats and spices, stuffed inside buttery puff pastry.

If you like savory pastries then you’re bound to love Haitian pate! They will make the perfect addition to a party spread or as a side dish to a Haitian stew. 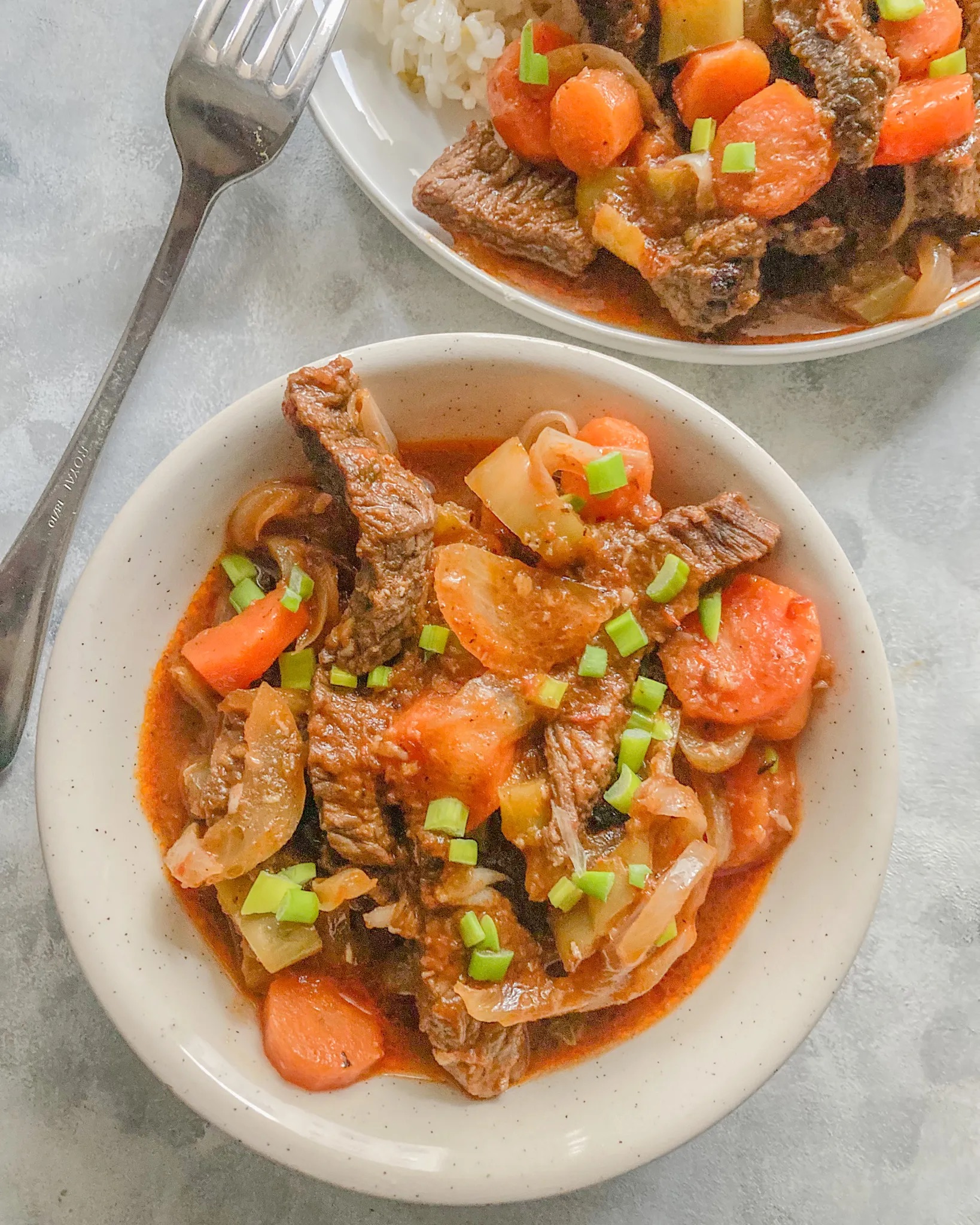 Haiti was colonized by the French for around 300 years. Unsurprisingly, there is a lot of French influences in Haitian cuisine. One of these is the famous Haitian interpretation of bouyon beef. 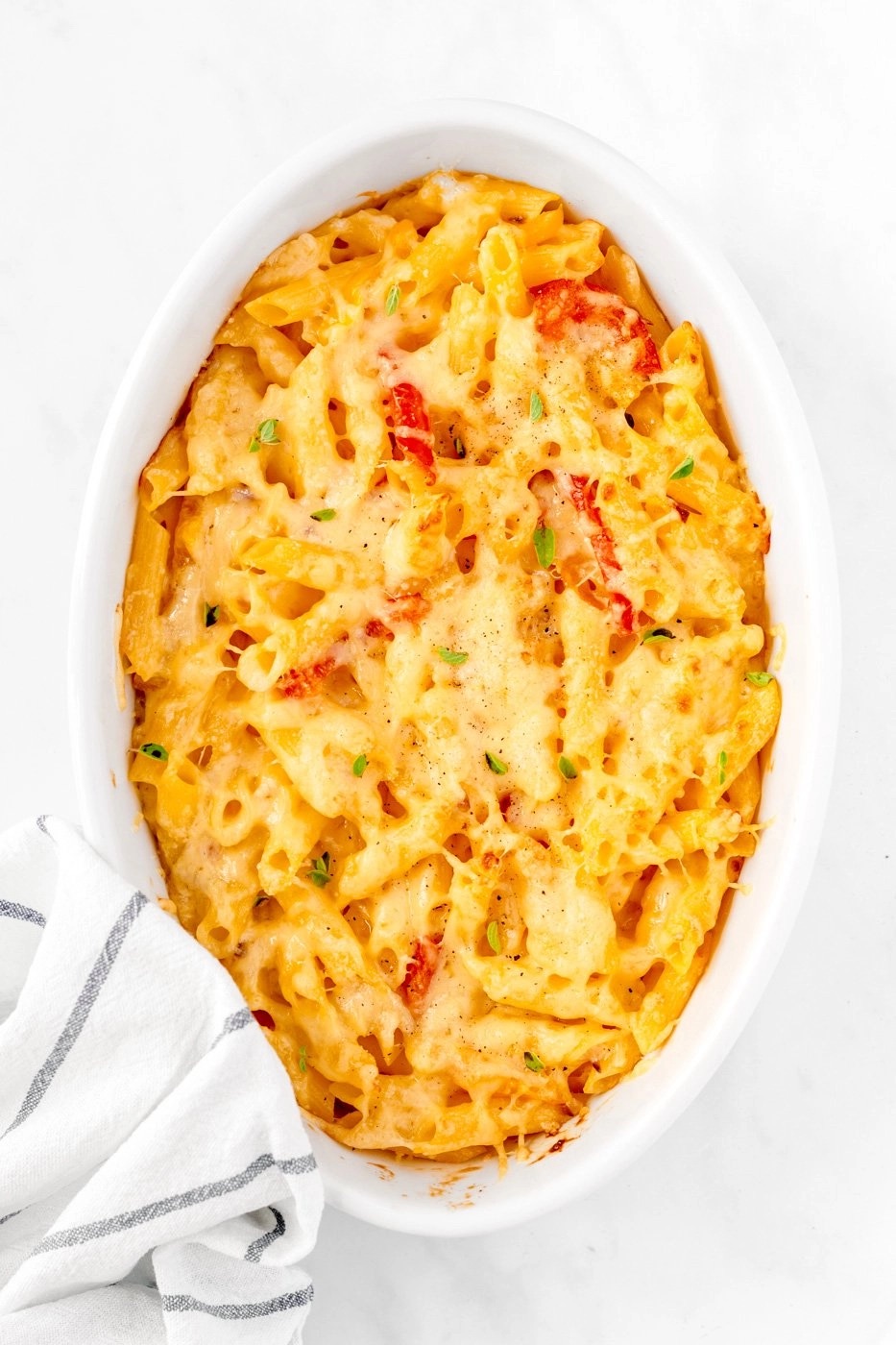 Makawoni au gratin is the Haitian version of the classic macaroni and cheese.

The only real difference between the Haitian version and the original is the addition of bell peppers, onion, and a touch of chili. Makawoni au gratin is the ultimate comfort food that will always hit the spot! 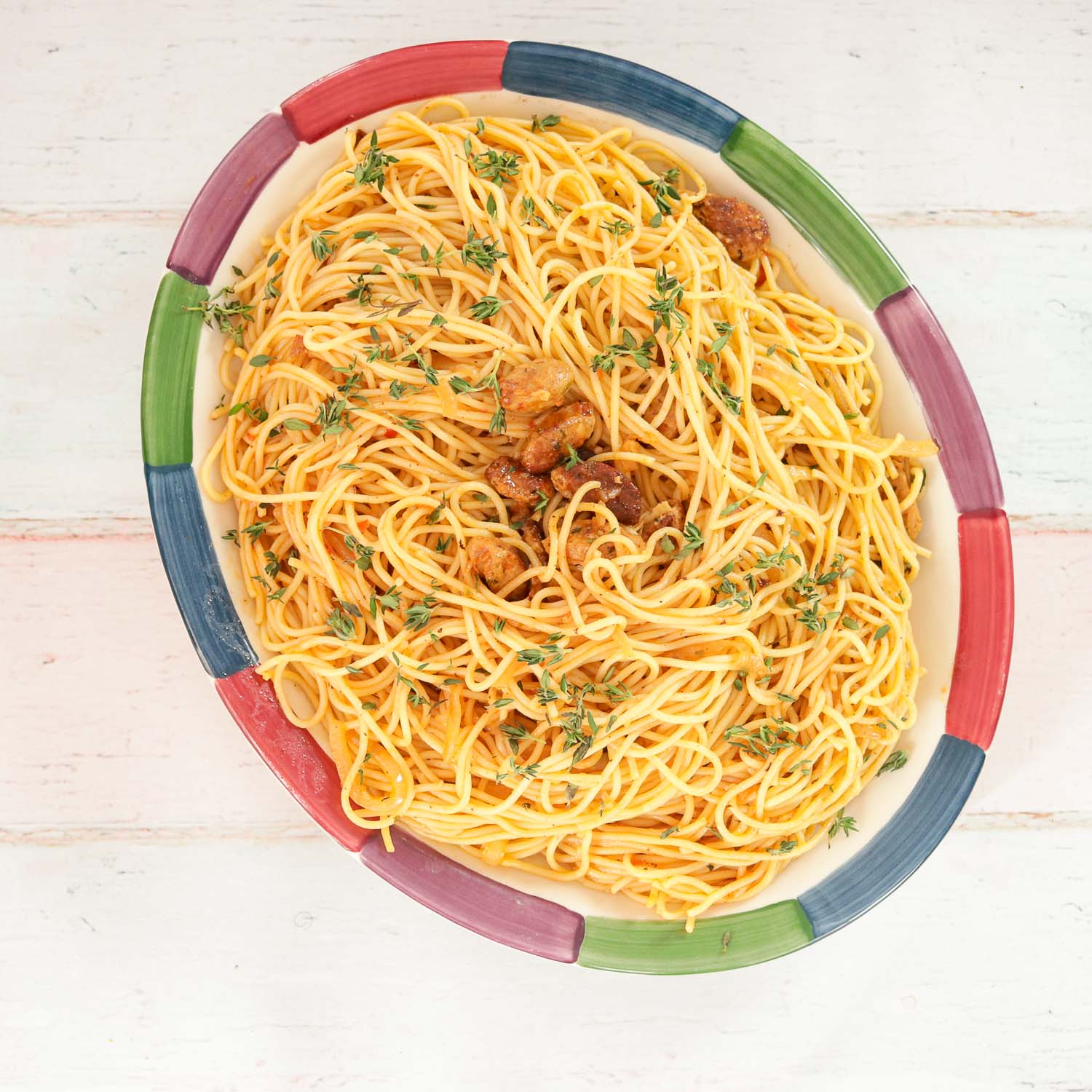 Haitian spaghetti is made with tomatoes, chicken sausages (or hot dogs), bell pepper, and epis. Epis is a seasoning base that is the foundation of so many Haitian recipes.

It is made from onions, bell peppers, parsley, thyme, garlic, and cloves. Epis makes Haitian spaghetti a really interesting change to your usual tomato-based pasta. It’s spicy, zingy, and has a lovely depth of flavor. 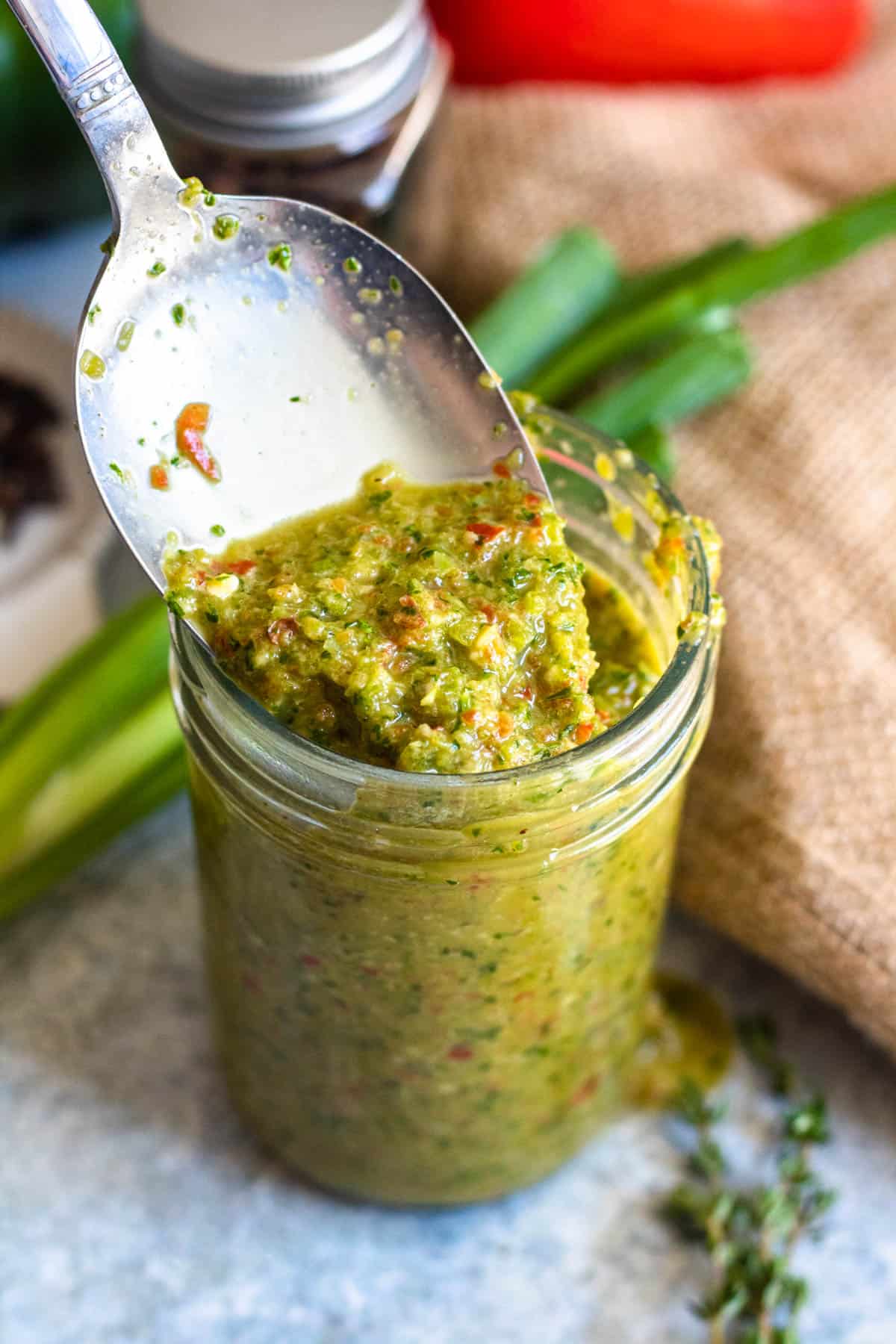 Epis is a delicious seasoning or sauce that is added to so many Haitian dishes. You’ll see it pop it up throughout Haitian cuisine.

It’s a delicious, aromatic, and fresh seasoning that adds so much dimension to vegetables and meats. To make epis, blend all of the chopped ingredients in a food processor until it is smooth with some chunky bits. 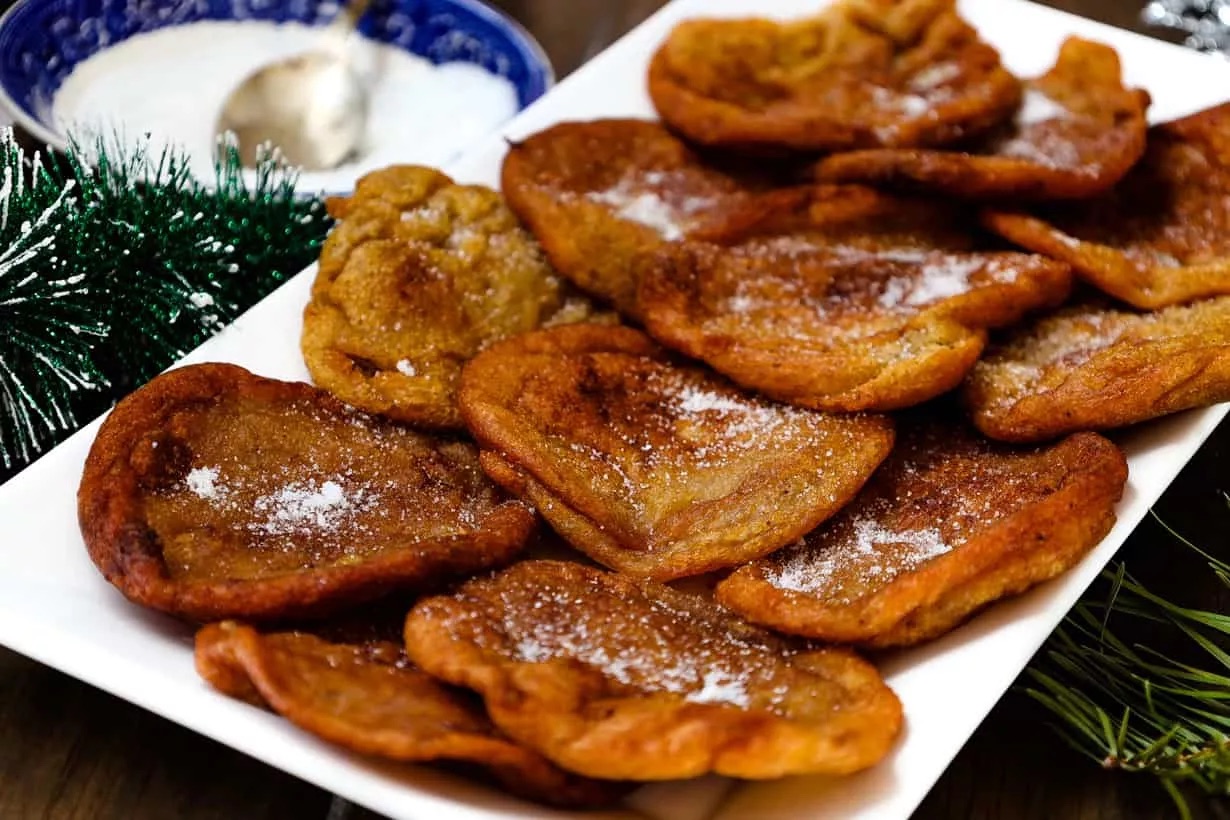 Haitian beignets are served during Carnival celebrations in March. They are made with ripe bananas, flour, baking soda, sugar, milk, vanilla, nutmeg, and cinnamon.

Haitian beignets are fluffy, sweet, and very banana-y. If you’re not a fan of ripe bananas, you may want to stick to the French chocolate beignets! 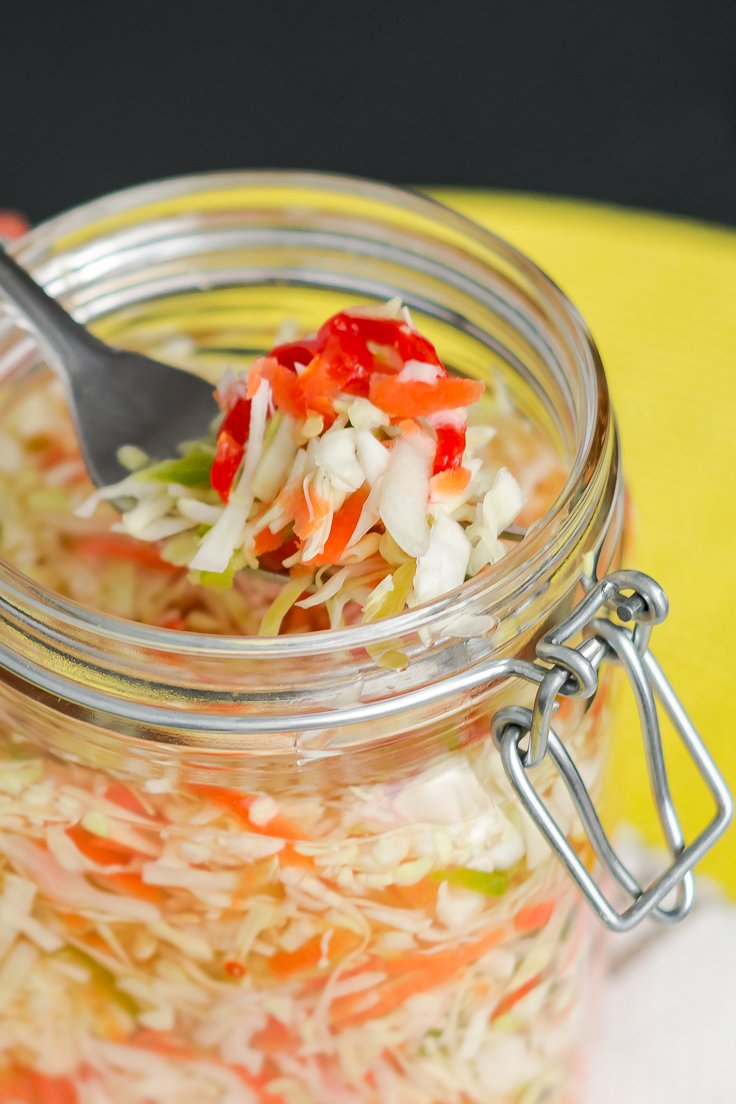 Pikliz is a Haitian pickled vegetable chutney. It’s made from cabbage, carrots, bell peppers, and chili pickled in white vinegar. Pikliz is served alongside traditional Haitian stews and meat dishes to add a little extra spice and balance out the rich flavors.

We hope you’ve enjoyed reading about the best Haitian dishes. Now it’s time to jump into the kitchen and start experimenting with these amazing recipes! Make sure to let us know how you like Haitian cuisine in the comments below!