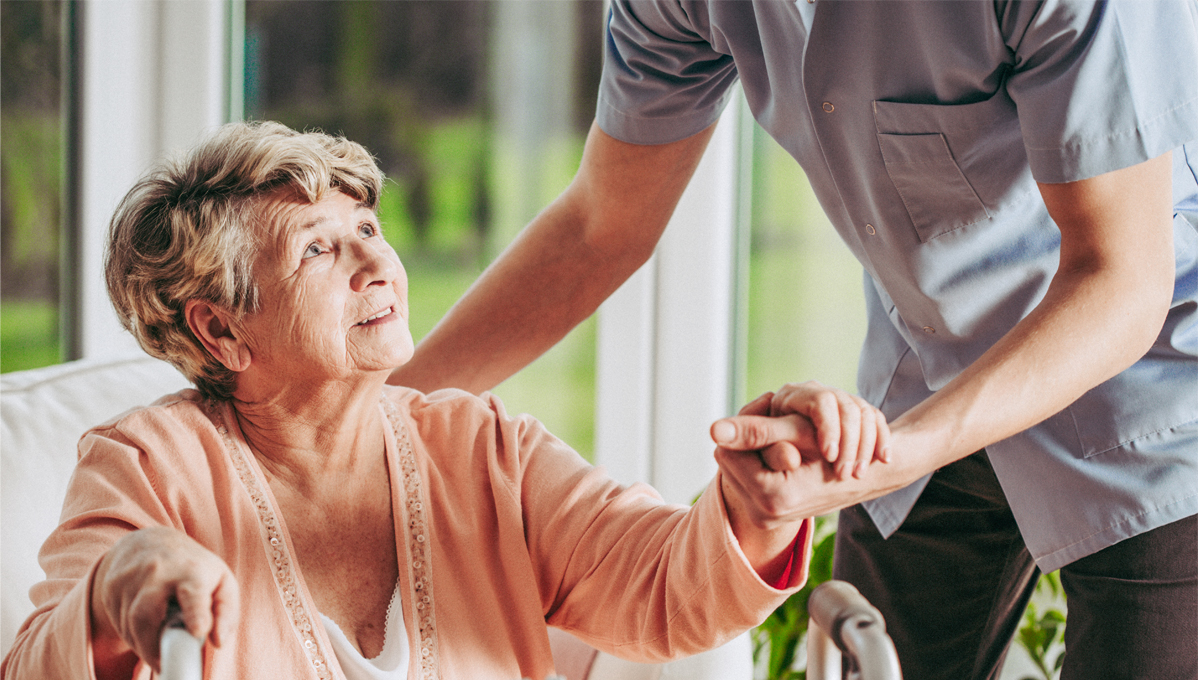 “Older age is a disease itself “

This quotation hits so true when it comes to mind, along with medical facts & logic. It is a well-known quotation that ” Infants & elderly people reflects so much resemblance with one another.”

The main reason behind this resemblance is that when a new life opens his eyes in the world, his body doesn’t function fully & properly, metabolism is slow & immunity is quite weak. The newborns are so much susceptible to catching an infectious disease. Their skin is fragile & needs time to make adaptations with the environment.

Getting older is the same process in which the body becomes irreversibly weak with slow metabolism & low immunity power. Survival becomes more struggling & challenging. They are at risk of getting a different type of disease as compared to young ones.

The topmost chronic disease that finds people with old age is hypertension. Hypertension gives birth to other diseases related to the cardiovascular system. There are two types of hypertension

Hypertension is defined as the condition in which tension or stress is being produced by narrowing of blood vessels that result in the restriction of blood flow & consequences of this hypertension are increased blood pressure. This raised blood pressure is responsible for other medical issues & pathologies elated to the CVS system such as

Hypertension is a slow & progressive disease that can be controlled at its acute stage by taking proper measures & steps. Individuals with a careless attitude towards diet & physical inactivity have more chances to be at risk of becoming hypertensive with older age. Therefore it needs to be realized that you start monitoring your health status from a young age. Some tips are mentioned here to help you in preventing yourself from this chronic condition

Treatment of hypertension is done by medications coupled with a lot of precautions & changes in lifestyle. The choice of medicines varies from one individual to another. Antihypertensives agents are prescribed to lower blood pressure. Diagnosis of any other causative agent like a high LDL level may add some more medications as per requirement.

The second topmost chronic condition in older adults is the high cholesterol serum level in the body. Indirectly it is connected with many other troubleshooting pathologies for other body organs. It is confirmed by the lipid profile test that shows undesirable ranges of low-density lipoprotein,

Precautionary or preventive measures are taken to avoid the occurrence of disease. These steps work well at a younger age as you protect yourself before the disease shows some prominent signs or symptoms. it would help if you made mentioned below changes in your lifestyle

Treatment involves the use o medicines prescribed by doctors to lower the level of cholesterol & changes mentioned above in lifestyle. Moreover, its treatment demand to lost weight in the case of patients with obesity & drink plenty of water with a healthy diet based on fresh fruits & vegetables as it will boost metabolism.

Arthritis that is inflammation in the joint is the third most leading chronic disease that is found in adults. Arthritis is also associated with swelling & tenderness of joints. Arthritis worsens with older age & colder climate. There are two common types of arthritis.

Other types of arthritis like psoriasis or lupus ae caused by other different causes or underlying disease like gout etc.

Treatment strategies for arthritis aim to overcome the pain, restore the mobility of joints & to prevent the damage of joints. The treatment plan varies from person to person according to the severity of the disease. Treatment includes

Ischemic heart disease is directly influencing the normal physiology of the cardiovascular system. It may prove risky if remain untreated & may lead to a set of serious & life-threatening complications which are mentioned as follows

Treatment strategies of ischemic heart disease have two plans that include pharmacological management & treatment by surgical procedures like angioplasty & bypass surgery, in the case of pharmacological treatment different choice of drugs like ACE inhibitors, beta-blockers, calcium channel blockers, etc., that are available that are prescribed by evaluating the medical status & severity of the disease.

Diabetes mellitus is a condition that refers to high blood glucose levels. It is a metabolic disease that raises the blood sugar level. It occurs due to impaired insulin level or impaired functioning of insulin which is a hormone responsible for converting extra glucose into glycogen & store it in the liver or adipose tissues. Diabetes is of two types.

Diabetes mellitus is a serious disease that may worsen with increasing age; It can affect multiple organs like heart, liver & kidney. Diabetes needs to be taken in a serious concern otherwise it will be prone to cause some serious complications that are mentioned as follows

Treatment of type 1 diabetes is done by giving synthesized insulin as the body is deficient in insulin due to its low or no production. Performs its functions by lowering the blood glucose level. Insulin is of several types like rapid-acting insulin, slow-acting insulin, etc. & it’s prescribed according to the need of patients

Type 2 diabetes is treated by using medications that are oral hypoglycemic agents that work like insulin but differ in structure & pattern of action.

Chronic kidney disease is a serious medical condition that refers to renal failure or kidney failure in which the kidney stops working—also called end-stage renal disease (ESRD). It is the damage that lasts to kidneys & becomes so worse so that the kidney stops working & needs dialysis for survival. An alternate option is a kidney transplant.

Damage to the kidney is irreversible & permanent that cannot revert back. It is very difficult to fix kidney damage; however, it can be treated with the goal to protect the kidney from further damage. The underlying reason that causes kidney damage needs to be identified & should be treated with the right choice of medications & precautions, along with a restricted diet.

Heart failure is a chronic condition that needs lifetime pharmacological management. Treatment can be done with medicines or surgical procedures. Identification of the exact underlying reason for heart failure decides the pattern of treatment for the doctor or cardiologist.

Depression is a mood disorder & associated with feeling down or hopeless. Depression is elated with mental health & may occur due to many reasons like stress, a load of work, financial o any academics stress & so on. Depression interferes with routine activities, work-life & career plans as well as created hurdles in focusing & concentration.

Depression is related to mental health; therefore, it needs slow & progressive treatments with counseling by a psychiatrist. Treatment of depression is slow, continuous & needs patient cooperation & response. Treatment plans include

Complications of this disease are quite serious, which makes the treatment & management of this disease very difficult. As Alzheimer’s disease continues to progress towards its last stages, it makes the situation worse & worst. the person suffering with it becomes unable to

Alzhiemer disease is irreversible & uptill now no proper cure has been discovered.

Chronic obstructive pulmonary disease or ( COPD) is a group of progressive pulmonary diseases related to the heart. Most common of them are emphysema & chronic bronchitis. In the majority of cases, people suffer from both of these diseases. Emphysema destroys air sacs in the lungs, whereas chronic bronchitis is constriction & inflammation of bronchiole tubes. Both conditions cause difficulty in breathing & impaired function of lungs.

COPD affects the lungs first. So the early sign & symptoms associated with it is difficult in breathing. Symptoms become constant with the further progression of the disease. Early symptoms of COPD include

Treatment helps to give relief from symptoms & prevent further complications. Treatment plans have the following choices that are decided by your respiratory therapist & health care team for the best & effective results. These treatment plans may work singly or in combination with one another.

Here you are being addressed with the top 10 chronic diseases along with the basic information & treatment plans. One thing that needs to mention is that these diseases share some common risk factors & are directly or indirectly related to one another. Precautions & prevention need to be followed by individuals from a younger age so that the body may have the least chance of suffering from any of the above mentioned chronic diseases in older age.