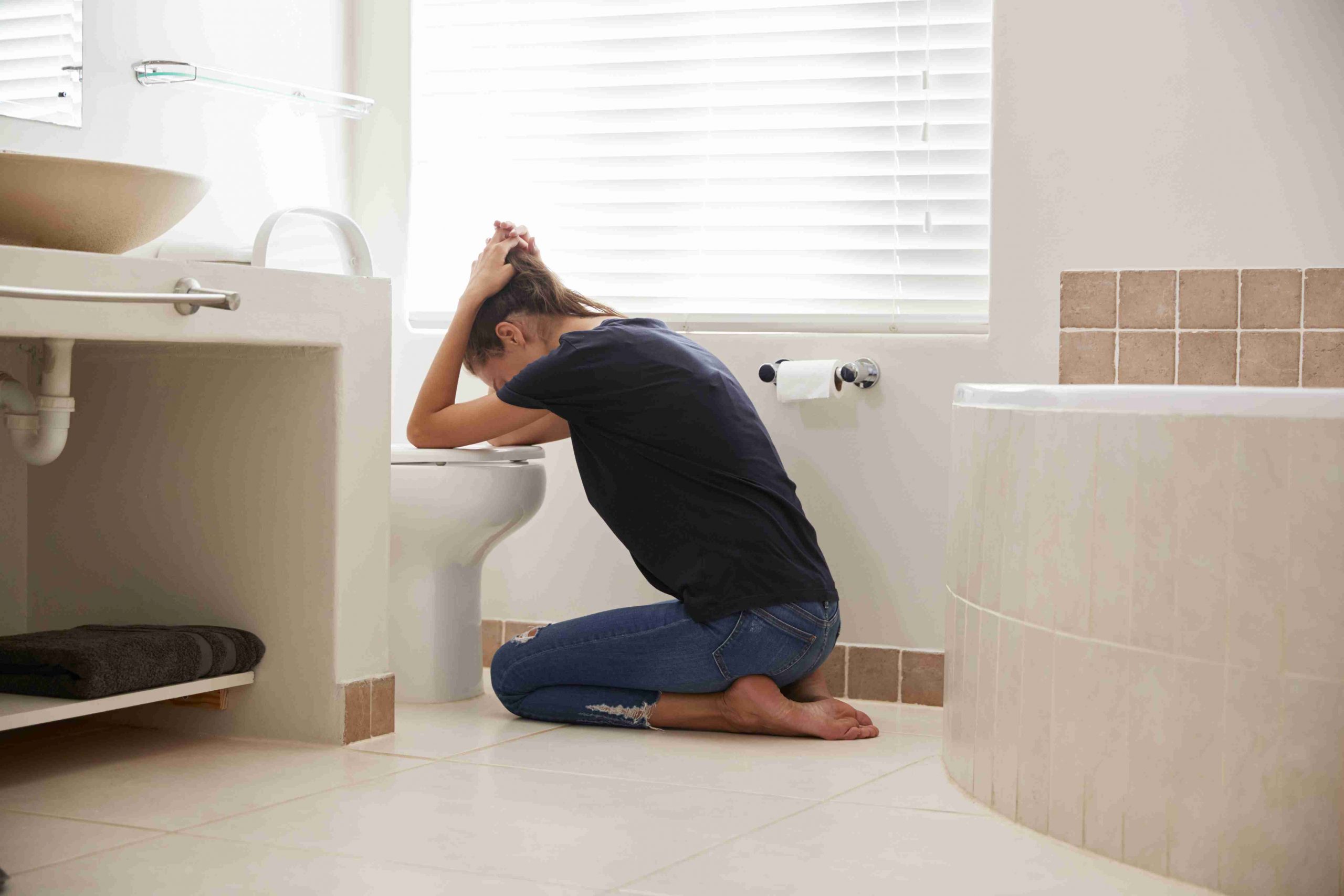 As we know that there are many drugs made and discovered for multiple causes and diseases. Drugs are used to minimize the effects of abnormal things or disease conditions developing in the body. Just like these, scientists have made emetics that are medications that can be used to cause vomiting or make a person vomit if she or he has engulfed something.

For example, if somebody took poison or took any wrong medicine so emetics are given to take them out before the adverse reactions appear or the condition gets worse. In medical terminology ‘emesis’ means ‘vomiting’. And the drug which induces vomiting is  ‘emetic’.

An emetic is a medication or agent which is used to cause vomiting or nausea. Emetics is widely used throughout the world. People who have children especially have emetics in their first aid kit for an emergency if the child engulfs any toxic item or any poison or anything from which he is allergic. It is like a potion or syrup which directly acts on the gastrointestinal system.

Emetics forces the stomach to empty itself. It is used in emergency cases of poisoning or intaking any toxic or harmful substance. The main function of emetic is the sensation of nausea and the ability to vomit the toxins which are engulfed.

Emetic should be taken after reporting the intake of poison before it gets fully ingested and give dangerous and harmful symptoms. The use and function of emetics are limited to inducing vomiting and taking the poisonous things out. If they are used for any other thing then it could give bad reactions.

Homemade emetics are usually prepared by the dried roots of plant ‘CARAPICHEA IPECACUANHA’ which is commonly found in Brazil, Central America, and Atlantic forest. The most common emetic syrup is ‘IPECAC’ and it can be prepared homeopathically by the root of ipecacuanha. The syrup stimulates the nervous system and forces the stomach to take out everything.

The main purpose of this syrup is to expectorate ingested poison or drug overdose from a person or any other noxious thing before fully ingested. It is a powerful emetic that is also used for the treatment of gastrointestinal diseases, and diarrhea in some cases.

Knowing how to make an Ipecac preparation will help in cases of emergency situations such as drug intoxication or if somebody engulfed poison.

Parents for years, usually keep this emetic syrup at home to induce emesis.

How to prepare homemade IPECAC

These instructions can be used with the assistance of any professional. Kindly keep it out of the reach of children. Your first priority is to buy this emetic from a medical store if you can not find it there then you can make a homemade emetic with the help of the following items and step by step procedure.

What ingredients do we need?

For making homemade ipecac syrup for emesis, you need:

The step by step procedure for making homemade emetic that is ipecac at home is as follows.

ALERT: These procedure steps are only for the source of information.

Tips To Use Homemade Emetic At Home:

You should be very careful while handling drugs and medications. They should be taken with proper prescription and medium. Any carelessness can harm the person who is taking or worse the condition. Some important tips while taking the homemade emetic or ipecac are:

Dosage varies with the age of the person taking it. It should be taken by mouth. Overdose can be harmful. The dosage of homemade emetic or ipecac to avoid an accidental overdose is:

The time of action for ipecac is 10 minutes. The average time in which the stomach will be emptied is 20 minutes after action time.

Side effects of ipecac:-

Any emetic or Ipecac or any other homemade emetic which is manufactured and prepared for a specific purpose of treatment which is to induce vomiting and make the stomach clear either it is any poison or any other harmful thing. Emetics are marked safe when taken orally with water only. Changing in medium or route or overdosing can be lethal for the affected person.

According to the American Academy, it is stated that “Syrup of ipecac should no longer be routinely used as a poison treatment intervention in the home.” Having or preparing ipecac syrup at home doesn’t prove anything about saving lives. Talk to a professional before taking any step. Instead of relief if you are having adverse reactions or any other symptoms then immediately call emergency and rush towards a healthcare provider.