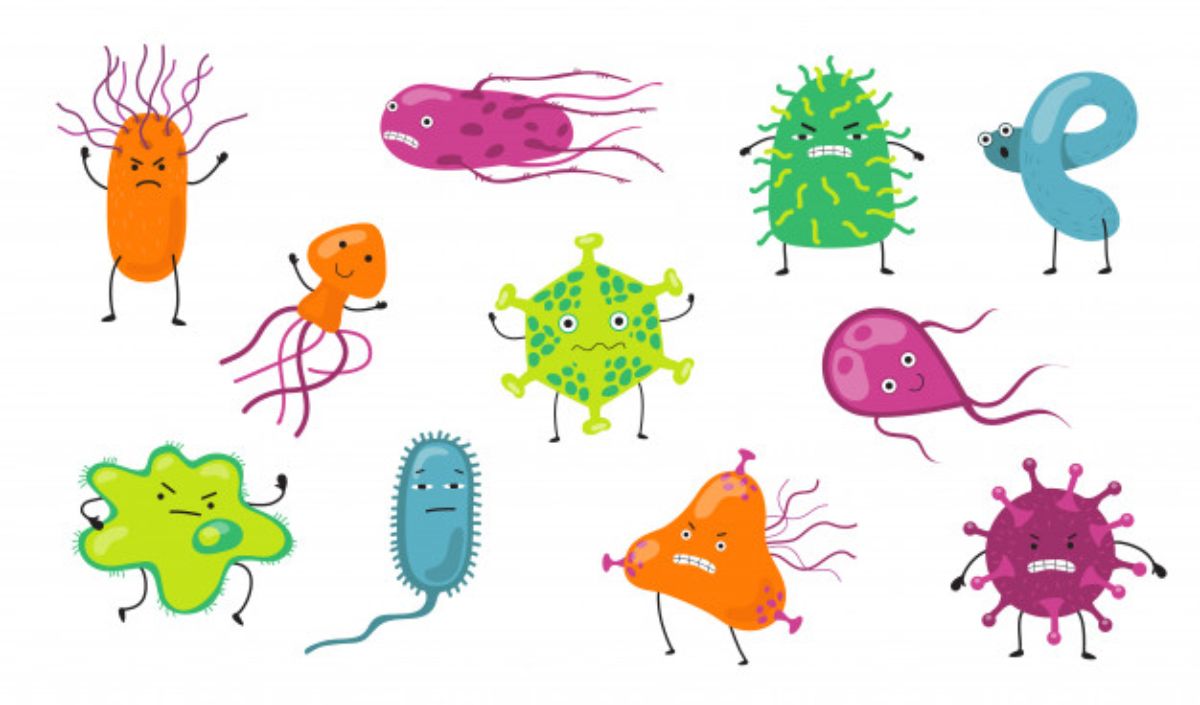 The capsule composition & its thickness varies with individual bacterial species. Generally, it is composed of polysaccharides, polypeptides & glycoproteins. Capsule & slime layer is usually categorized under  the category of glycocalyx ( Glycoprotein & glycolipid)

Pathogenic bacteria with a thick capsule will be more violent than bacteria with no capsule. Capsules serve to increase the virulence of bacteria & protect it from phagocytotic activity. Capsules help bacteria continue their survival & reproduction in the host body by facilitating many ways.

An organism’s virulence is increased by the presence of a capsule since the capsule protects the organism from phagocytosis by WBCs & inhibits antibody to form a complex. The water-soluble polysaccharide or polypeptide composition of the bacterial capsule makes staining difficult.

Infection that is caused by encapsulated bacteria can be prevented by using vaccination. These vaccines are prepared with capsular polysaccharides either alone or may be conjugated to a protein carrier. A vaccine based on conjugated polysaccharide-protein helps to induce memory response that is true T call dependent. This memory response generates antibodies on exposure to the bacterial strain in children below two years of age. These vaccines, however, don’t work in infants & adults.

How does spleen work to remove encapsulated bacteria?

In the spleen, macrophages are present, known as splenic macrophages. In the case of asplenia ( when the spleen is no longer present in the body due to its removal), Immunoglobin IgG & complimentary proteins like C3b are still there to bound to bacteria; however, that cannot be removed throughout the body from blood circulation due to absence of splenic macrophages. So bacteria are free to cause infection in the host.

Capsule staining is used when a bacterial infection is not being cleared or responding to antibiotic therapy as expected, so staining of an isolated organism is performed to determine a capsule’s presence.