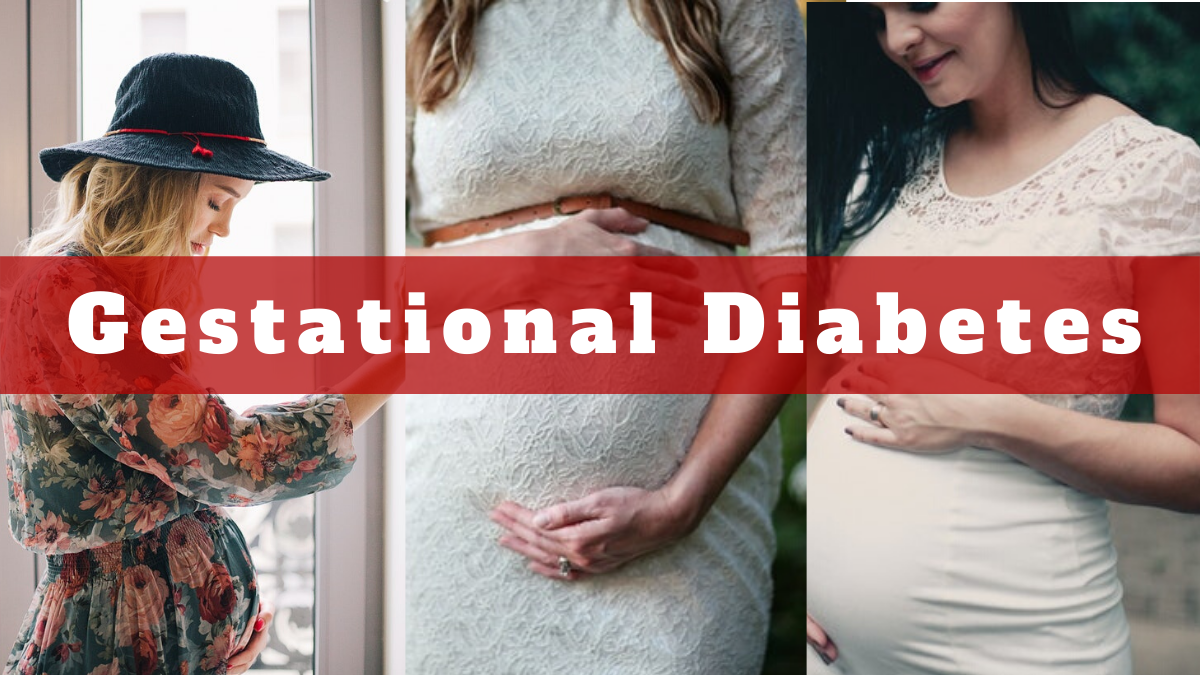 Gestational diabetes is caused by high blood sugar, it develops during the pregnancy and usually goes away after giving birth to the child.

Glucose in the blood is one of the main sources of energy. This normal blood glucose level is less than 100 mg/dl without eating (fasting) and less than 140 mg/dl after eating (random).

Glucose also known as blood sugar which is extracted by fruits and food we eat.

Diabetes Mellitus or commonly Diabetes is a common metabolic disease that occurs when blood sugar (glucose) level is high.

There are 2 main types of Diabetes

Type 1 Diabetes is also known as juvenile diabetes is the first type of diabetes in which our pancreas stops preparing insulin or produces in a very little amount.

In this situation our immune system starts destroying insulin-producing cells in the pancreas and this results in sugar levels increase in the bloodstream. In some cases it is causer by environmental factors and genetic factors.

This type of diabetes is due to the high sugar levels in the blood and lack of insulin and if little insulin is produced, the body doesn’t use it the way it should be used. The body is not able to carry glucose in the cells and is not capable of metabolizing it.

It is usually common in adults but now seen in young children too.

Insulin is a hormone, a peptide hormone produced by the pancreas.

Now, since all the basics are clear, lets move towards our main topic.

Effects of diabetes on pregnancy

A type of Diabetes that occurs only during pregnancy is known as “GESTATIONAL DIABETES” which means the onset of glucose during pregnancy. This diabetes is not so common but many women pass through this. Women have the chance of developing this condition in the 13 or 14th week of pregnancy.

High sugar level in bloodstream produces the risk of miscarriages, complications in pregnancy and birth defects. It depends on the type of diabetes or it could happen because of genes.

If a pregnant woman experiences it, this increases risks of some serious problems at the time of birth, during trimesters and could harm the fetus and result in congenital anomalies. It also depends on whether it is gestational diabetes or type 2 diabetes pre-existing in the mother.

There are no noticeable symptoms of Gestational diabetes during pregnancy, so time to time testing is important. People with a family history of Diabetes Mellitus are mainly at risk, so they should take no chance.

Gestational diabetes is a temporary situation and resolves after the delivery of the baby, but in some conditions if the woman is weak and developed vaginal or Urinary Tract infections (UTIs) or vaginal thrush, it is more likely to have a high risk of type 2 diabetes in future.

During gestational diabetes, a woman gets the likelihood of cesarean or C section delivery, prolonged labor and the ultimate amount of blood loss after giving birth.

Gestational diabetes not only affects the women but also the newborn. The baby will have a higher risk to have breathing issues and low glucose with jaundice.

Gestational diabetes is associated with a person if:

There are no particular symptoms for gestational diabetes but some common signs are :

Woman with Gestational Diabetes should take measures for not developing diabetes further in life which includes:

Prevention of these steps can develop life long type 2 diabetes for the mother and the baby is more likely to have diabetes in the future or become overweight.

As mentioned above that diabetes not only affect woman but it has life long effects on the baby as well which are:

Treatment includes exercise, change of diet, implementation of low carb intake and in conditions if the doctor prescribes, use of metformin (a medication to control increasing high sugar level in blood).

Proper monitoring should be done during and after pregnancy for avoiding Gestational diabetes in future life or pregnancies.

Gestational Diabetes effects highly, not only the woman but the baby as well. And also increases the chance of developing a high risk of type 2 diabetes in the future and in the baby. So time to time monitoring is required with a safe diet and exercise and a healthy lifestyle.