Sparkling water may be a healthier alternative to sugary soda, but is it actually healthy? Here’s why experts say it’s critical to do your homework before purchasing sparkling water.

You know you should drink a lot of water (especially considering how much you exercise) but let’s be honest: water can be boring. That’s why you’re probably turning to sparkling varieties to keep things interesting while staying hydrated.

We’re sorry to be the bearers of bad news, but doctors have revealed that the sparkling water brand, Sparkling Ice is causing major problems in your entire body. 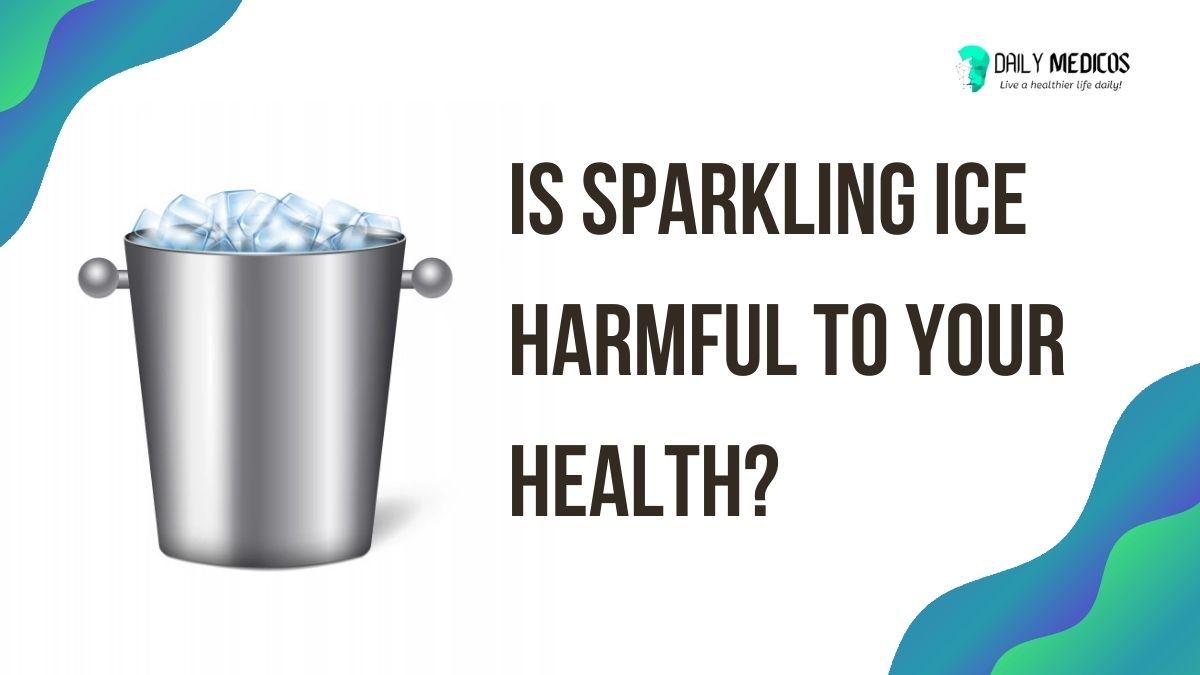 Sparkling ICE is a carbonated beverage made in the United States that comes in a variety of fruity flavors. Sparkline ICE is quickly gaining popularity in the United States, but as with anything we consume, knowing whether or not it is healthy is critical. Here are some things to keep an eye out for.

So, is sparkling ice healthy? The short answer is no.

Sparkling ICE is a carbonated beverage that is bottled and sold in the United States. It’s essentially juice mixed with vitamins, antioxidants, carbonated water, and sucralose, an artificial sweetener.

The beverages are packaged in 17-ounce plastic bottles. Popular flavors include black cherry, cherry limeade, and pink grapefruit, among many others.

What are the Ingredients in Sparkling Ice?

Maltodextrin, food coloring and an artificial sweetener are among the hazardous elements in Sparkling ICE. Maltodextrin can trigger allergic reactions, weight gain, and bloating, while food coloring has been connected to hyperactivity issues.

Artificial sweeteners are appealing since they do not influence blood sugar levels instantly or include calories; nonetheless, they have numerous negative side effects.

The artificial sweetener used in Sparkling ICE beverages is sucralose, which is sold under the brand name Splenda. It includes chlorine, a poisonous chemical that should not be consumed.

Chlorine is not hazardous at small levels since the kidneys, intestines, and liver can filter it out of the body. Daily intake, on the other hand, can have serious implications, such as cancer.

The Wall Street Journal breaks it down for us, pointing out the major flaw in Sparkling Ice drinks: Sucralose. Sucralose is a sugar substitute that is 600 times sweeter than regular sugar.

Sucralose is difficult for the body to metabolize, therefore much of it is excreted. It’s linked to increased hunger and eliminating the healthy bacteria in your stomach, according to health expert Frank Lipman, MD.

It’s worth noting that sparkling ice can wreak havoc on a variety of existing Gastrointestinal issues, including worsening of irritable bowel syndrome (IBS), heartburn, and irritating existing stomach ulcers. It can irritate the digestive tract of others, in addition to bringing discomfort to people who already have

Gastrointestinal issues. Because your body can not absorb enough water to rehydrate, sparkling ICE is not a good beverage for restoring electrolytes after exercise.

Caffeine, as we all know, is an excellent way to improve your energy levels. Caffeine does, however, pose some health risks. Too much caffeine, according to experts, can trigger anxiety, insomnia, digestive difficulties, addiction, fast heart rate, and other problems.

Each can of Sparkling Ice includes 70mg of caffeine. If you drink coffee and tea throughout the day, bear in mind that the daily suggested maximum is 400mg.

When the contents and negative effects of Sparkling ICE are added together, the result is a drink that is no better than diet coke.

Drinking Sparkling ICE as a treat (rather than rehydrate after exercise) is unlikely to hurt the body, but doing so on a frequent basis can be harmful to your health, especially if you have gastrointestinal problems or stomach ulcers.