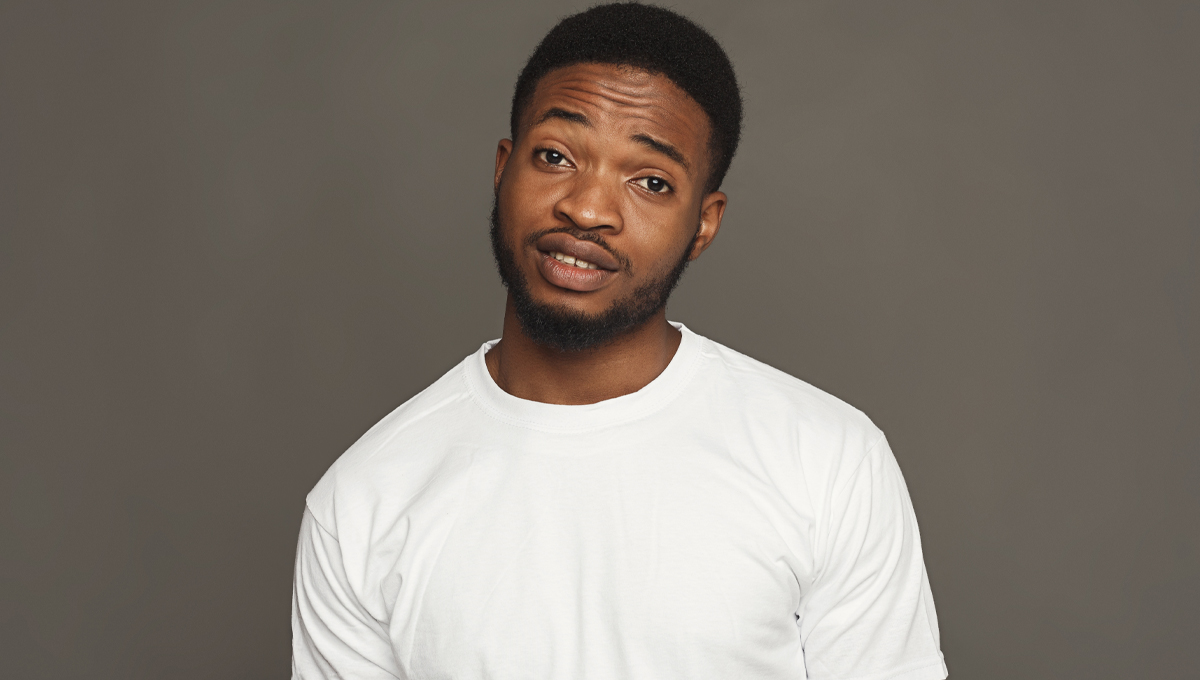 Myasthenia gravis is distinguished by weakness and fatigue of the muscles that are in your voluntary control.

Myasthenia gravis is caused by a breakdown and crash in the communication between nerves and muscles, and there no cure is provided for the myasthenia gravis.

Further treatment help to relieve the sign and symptoms of myasthenia gravis (included weakness of arm, muscle, and legs, the problem of double vision, drooping eyelids, and speech difficulty issues).

It frequently affects the muscle that helps control the eye’s movement, facial expression, swallowing, and speaking.

Myasthenia gravis affects an individual of any age, but mostly it is found in women under the age of 40 and men over the age of 60.

Myasthenia gravis is a rare autoimmune disease caused by antibodies-mediated barriers of neuromuscular transmission that appear as skeletal muscle weakness.

The attack of autoimmune occurs when auto-antibodies (produced by a person’s immune system) form against the nicotinic acetylcholine receptors (nAChR is a primary receptor in your muscles for communication of nerve and muscles for controlling the muscles contraction) at the neuromuscular junction of the skeletal muscles.

Even though the main target of the autoimmune attack is the skeletal muscles (nAChR), the other antigens target the neuromuscular junction that is also implicated.

The neuromuscular junction is caused by antibodies that target the components of the postsynaptic membrane (the membrane that receives the signals), weaken neuromuscular transmission, and also cause the weakness and fatigue of muscles. It can be localized the certain type of muscles group, with the involvement of medulla oblongata, and it can become life-threatening.

The pathological process of myasthenia gravis depends on the target of autoantibodies. The myasthenia gravis is mainly caused by immunoglobulin igG1 and igG3 antibodies, and they develop complement-mediated destructions with increasing AChr rate.

However, the thymus gland is also involved in many of the patients with myasthenia gravis because of genetic approaches, which mostly fail to understand the immune system’s tolerance.

What are the symptoms of Myasthenia Gravis?

It becomes worse within a few years after the diagnosis of myasthenia gravis. The symptoms appear confident of muscles that affected than others, and these are,

1. Muscles of face and throat:

The people with myasthenia gravis, firstly symptoms involve muscles of the face and throat, it includes,

i. Inability of Speaking: In myasthenia gravis, you might face inability or impaired speaking. Your voice becomes soft or nasal (it depends on which muscles of speaking have been affected.

ii. Difficulty in swallowing: You might gag and choke easily and face difficulty to eat, drink or take pills, while in some cases, whenever you drink and try to swallow the liquid, mostly it comes out of your nose.

iii. Difficulty in chewing: The people with myasthenia gravis also faced difficulty chewing, and they faced hard to chew (such as beefsteak).

The expression of your face also changed due to myasthenia gravis (such as whenever you smile, your face expression gets changed).

Muscles of Eye: About 40-45% of people with myasthenia gravis have signs and symptoms of eye movement problems, such as

i. Ptosis- Falling or dropping of one or both eyelids and movement of the eye become worse due to tiredness of muscles, and it is also named Blepharoptosis.

ii. Diplopia- Simultaneously, people with myasthenia gravis have double vision with the perception of double or blurry vision. (might be horizontal or vertical).

4. Muscles of Neck and Limb:

People with myasthenia gravis also faced weakness of the neck, arm, and limb muscles, affecting the pattern of your walk.

About 15% of people with myasthenia gravis also face the symptom of shortness of breath.

The thymus gland is the small organ of your body behind your breastbone, and it plays a vital role in the immune system. According to researchers, thymus glands maintain the production of antibodies, and it also triggers the antibodies that block acetylcholine.

The people with myasthenia gravis have extensive abnormalities, and some people also have thymomas (tumors of the thymus gland), but mostly they are not malignant.

The nerves communicate with muscles by releasing the chemicals, and it fits into the receptor sites on your muscle cells at the junction of nerve-muscular.

In people with myasthenia gravis, the immune system produces the antibodies that destroy or diminish your muscles and strengthen muscles, and your muscles are weak and fatigued because antibodies block the function of your muscle’s movement.

What is the diagnosis of Myasthenia gravis?

Frequently myasthenia gravis can be more challenging to diagnose, and the physician needs to perform several types of tests to diagnose appropriately. The diagnosis is based on your past or present medical history with appearing signs and symptoms.

Your doctor also thinks and asks you about any brain problems that help to diagnose myasthenia gravis. Your physician properly reviews your symptoms and conduct a physical examination. It may includes

Your doctor appropriately checks your neurological health issues by testing the reflexes, strength of your muscles, muscle tone, coordination, balance, and senses of touch.

The tests that help the doctor to confirm the diagnosis of myasthenia gravis include,

If the test of your blood is normal, but your doctor is still confused about reaching the diagnosis of myasthenia gravis, they suggested never test to evaluate your brain function properly.

Nerves test, also called electromyography, involves the insertion of a small needle into the muscles to measure electrical activity. These tiny needles are inserted around your eyes or possibly in the arms.

After performing the blood and nerve tests, your doctor is still confused about your diagnosis. They suggest an edrophonium test involving an injection called edrophonium chloride (block the enzyme that breaks the acetylcholine).

Your doctor also sees the improvement of your muscles strength after injecting the injection; it’s means you must have diagnosed with myasthenia gravis. This test is rarely done because of the risk and side effects of this test that might lower your heartbeat and face difficulty breathing.

If you are facing the problem of drooping eyelids, then your doctor performs the ice pack test by putting this ice pack on your eyelids. At the same time, after a few minutes, your doctor removes the bags of ice on your eyes and then analyzes the drooping of the eyelid.

This test helps to visualize the electrical activity of your brain and muscles. In this test, your doctor inserts fine wire through your skin into the muscles for testing the muscle fiber.

CT scan or MRI is also performed to evaluate the growth of your tumor and any abnormalities in your thymus glands.

Performed to see the pattern of patient breathing and if the patient is having any difficulties in the breath.

How do you treat myasthenia gravis?

Corticosteroids are that type of medication that is called immunosuppressant, and it helps to reduce the production of your antibodies- The corticosteroids such as prednisone inhibit the immune system and restrict the output of your antibody but extend the use of corticosteroids, which may lead the severe type of side effects (such as weight gaining, diabetes, risk of infections).

The possible side effects of cholinesterase inhibitors include gastrointestinal upset, diarrhea, nausea, excessive salivation, and sweating.

iii. Immunosuppressants- These are the medications that suppress the strength of your immune system. These are also known as anti-rejection drugs, and your doctor recommended this drug (such as azathioprine, cyclosporine, and tacrolimus) to alter your immune system. But prolonged use of this immunosuppressant medication increases the risk of kidney damage and infections.

As we know, people with myasthenia gravis have a thymus gland tumor which is named thymoma. Your doctor suggested surgery to remove this tumor growth in the thymus gland, called thymectomy.

Although the people with myasthenia gravis have no tumor or tumor growth in the thymus gland, the doctor also suggests surgery to remove your glands because thymectomy proves beneficial to treat myasthenia gravis.

The thymectomy is an invasive procedure or open type of surgery in which the surgeon splits the sternum (central breastbone) and open your chest to remove the thymus gland.

The invasive surgeries that are used to remove gland of the thymus are a smaller type of incision and it might be involved,

This is the most important treatment of myasthenia gravis with minimal postoperative pain. In this type of surgery, the surgeon makes a smaller incision in the neck and also in your side of your chest, then uses a long and thin camera to visualize and remove the thymus gland.

Robotic thymectomy is a surgical procedure to treat the myasthenia gravis and thymic tumors. In this type of surgery, the surgeon makes a small incision inside your chest to remove the gland using the robotic system.

Intravenous therapy is used as a short-term treatment to treat worsening symptoms of diseases; this may include

This intravenous procedure separates the plasma and liquid portion of the blood from blood cells. This is a filtering process, similar to dialysis in which the IV line removes blood, and it goes through a machine to replace the plasma, and it may remove the antibodies to block the transmission of the signals. The risk factor of this intravenous therapy is a sudden drop in blood pressure, bleeding, rhythm problems, and cramps of the muscles. It also might cause an allergic reaction in the body to replace plasma.

Your body produces antibodies to fight against the injections in a normal mechanism. Still, suppose your immune system does not work correctly, and you are immune-deficient. In that case, your body doesn’t make antibodies, so this intravenous therapy was introduced because this therapy helps your body to produce antibodies that boost your immune system to fight against germs. This intravenous therapy’s risk factor or side effect includes headache, retention of fluid, and dizziness.

Is exercise good for myasthenia gravis?

According to recent studies, research showed that the continuous use of muscles weakens your muscles badly because of constantly working. These muscle movements play a vital role in maintaining the daily function of the eyes, lungs, and mouth.

Previous studies believe that exercise is the poor choice for myasthenia gravis because of the repeated use of muscles. Still, recent studies suggest that structured exercise enhances aerobic exercise capacity and strengthens the muscles.

Exercise is an essential key factor to keep your bones strong, and it also helps to maintain mobility.

Exercise with low impacts, such as walking, jogging, and swimming, generally decreases fatigue s in people with myasthenia gravis.

That’s why the strategy of keeping your body active maintains the function of your muscles.

Myasthenia gravis is a chronic neuromuscular disease that appears as a degree of weakness of muscles of the body in which the thymus gland is affected and triggers your autoimmune system.

The cure for this disorder is not availed, but the varieties of treatment should reduce the signs and symptoms of the disease.

To keep your muscles strong, you should exercise daily because of this regular exercise. You may also save yourself away from the joints or bones problems.