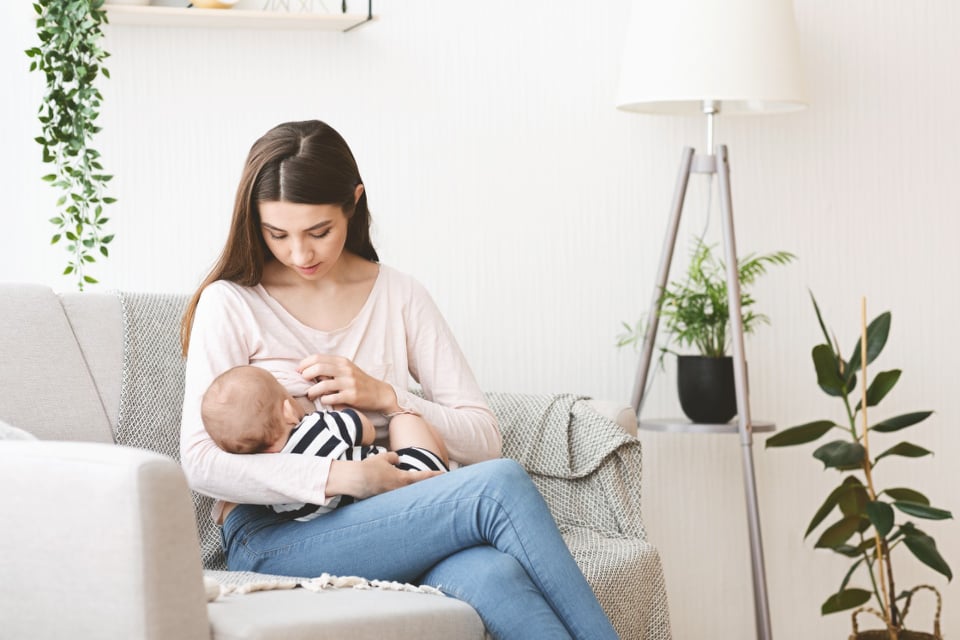 The term LACTATION means the secretion of milk from the mammary glands. This comes up when a woman needs to feed her baby. The woman lactates at that time it means the woman is milking and this process is known as ‘NURSING A BABY’ or ‘BREASTFEEDING’. This process is normal in mammals. This occurs in all post-pregnancy mammal females. The milk secreted by the mammary glands is stored in the fat tissues of the breast.

Lactation is known as the cyclic process of synthesis of milk and its secretion occurs with the help of hormones that are:

It is proved and also noticed that breast milk or mother feed is the best form of nutrients for the newborn and infants. This milk contains dynamic amounts of bioactive substances that are initially important for the development of an infant which specially for the brain, immunity system, and gut development. This milk has dynamic properties to fight against the bacteria which develops in the neonates or infants. 90% of females choose to breastfeed their baby with proper counseling. The mother has to understand all the measures and benefits of breastfeeding.

Now let’s have a look at the two important pathophysiology events that are most important for lactation.

Mammogenesis is known as the growth and development of mammary glands (breast) which starts in the utero. A bulb-shaped mammary bud can be discerned in the fetus at 18-19 weeks of gestation. Inside the bud, a rudimentary mammary ductal system is formed, which is present at birth which proceeds the lactation.

The basic unit of the mammary gland is an ‘ALVEOLUS’ that connects to a ductule. Each ductule was believed to independently open to a duct that, in turn, drained into lactiferous sinuses. These lactiferous sinuses open into 15 to 25 openings in the nipple, allowing the breast milk to flow to the recipient infant.

Anatomically, the milk ducts appear to transport the milk rather than store it. The milk is stored in the breast fat tissues. When a female hits puberty, she releases estrogen that stimulates the breast tissue to enlarge through the growth of mammary ducts. Progesterone is secreted in the second half of the menstrual cycle. It limits the lobuloalveolar development. These effects of estrogen and progesterone facilitate the formation of the characteristic structure of an adult breast.

However, the full alveolar development and maturation of the epithelium layer of the breast require the hormones of pregnancy. In the 12 weeks of pregnancy 2nd trimester, from weeks 13 to 24 women may notice the biggest change of all in their breasts. They start making milk. Milk is made in the breasts from around 16 weeks of pregnancy. Some women never see a drop of milk coming from their nipple before the birth of their baby yet other women notice drops of milk leaking after they have warm baths. Other women notice a dry, sticky residue on their nipples when they wake up in the morning.

Progesterone releases during pregnancy that ensures your breasts do not start producing mature milk in large amounts until your baby is born. Therefore the woman will keep leaking small amounts of milk each day and not run out. The right amount of milk will come when the baby is born.

In the stage of mammogenesis the size and weight of breasts increases.

Lactogenesis is known as a cyclic process through which the mammary gland develops the capability to secrete milk to the recipient. In this phase, there is full lactation and a complete mature breast is formed which has the capacity to fully lactate. Lactogenesis is divided into two stages:

Stage 1 starts in the mid of pregnancy. The mammary glands become competent to secrete milk. Lactose, total protein, and immunoglobulin concentrations increase within the glandular fluid. However, sodium and chloride concentrations decrease within the fluid. The gland gets ready for the secretion. Women often describe drops of colostrum (known as the first form of milk produced by the mammary glands) on their nipples in the 2nd trimester and 3rd trimester. However, high levels of releasing progesterone and estrogen hold the secretion of milk until the birth of the baby.

Stage 2 occurs when the woman is about to deliver the baby. Progesterone plays a key role in this stage. Removal of the placenta that is the source of progesterone during pregnancy is necessary for the initiation of milk secretion. Progesterone receptors are inhibited when mammary glands start lactating. It decreases the release of progesterone hormone. The hormones which are required in the mobilization of nutrients and minerals which are essential for lactation are:

During the second stage of lactogenesis, the breast becomes capable of milk production and secretion. For the ongoing synthesis and secretion of breast milk, the mammary glands receive hormonal signals which are in direct response with the nipple and mammae i.e. the areola.

Then further, the lactation goes into two more phases that are:

Prolactin is released to maintain milking along with adrenocorticotropic hormone (ACTH) and oxytocin are the hormones that are involved in this stage.

Basically, involution means shrinking or returning an organ to its former size. At the cellular level, involution is characterized by the process of proteolysis (that means the breakdown of proteins into smaller polypeptides or amino acids) of the basement membrane (basal lamina) which leads to the epithelial regression and apoptosis.

This phase occurs at an average of 40 days after the last breastfeeding period. Regular supplementation is added to this stage. Milk secretion decreases and the breast starts to build its own real shape from the buildup of inhibiting peptides.

Facts about human milk and its secretion

Q.) Is it possible to lactate without pregnancy?

A.) Yes it is possible to induce lactate without being pregnant. It is because of the high release of sex hormones which are because of sexual desire or intercourse. It generates signals to release progesterone and oxytocin which induces milk or colostrum secretion.

Q.) What inhibits the lactation?

A.) Lactation is inhibited by the high release of sex hormones during pregnancy. They inhibit milk secretion after birth or during the breastfeeding period. The newly pregnant females should avoid estrogen based deliveries because it drops the chances for milking and breastfeeding.

Lactation can be depressed when oral contraceptives are taken in high dosage.

Q.) When does the breast fill?

A.) the breast is filled at the time of birth and the mothers do not typically begin to feel to increased the breast filling. The sensation of milk coming in the breast is not until 50 to 73 hours that makes 2 to 3 days after birth.

Q.) Can lactation be induced by other biological factors?

Q.) is there any drug for lactation?

A.) Multiple drugs that are used to induce lactation or increase milk production and supply are:

A.) it can give possibly dangerous side effects to stop lactation with medications. It is better and safe if it stops on its own. The drugs which induce milk supply are:

Breastfeeding and lactation is an art and a feeling, something mother and baby shares. It is a gift from ALLAH which the mother transfers to the newborn. Sometimes the process may be accompanied by challenges and problems but it gets better with the time rather than going for options to stop it. As the demand of baby reduces, lactation stops. Women may also notice the appearance of some stretch marks on your breasts after involution. These are normal as rapid growth happened and then shrunk to its normal size. It is really important to check your breasts each month after the lactation stops for lumps and unusual changes. If there are noticeable changes in any new lumps, pain, redness, or nipple changes other than darkening or size increases or any colored substance which is yellow, clear, or white leaking from your nipple then it is advised to immediately report to the doctor.