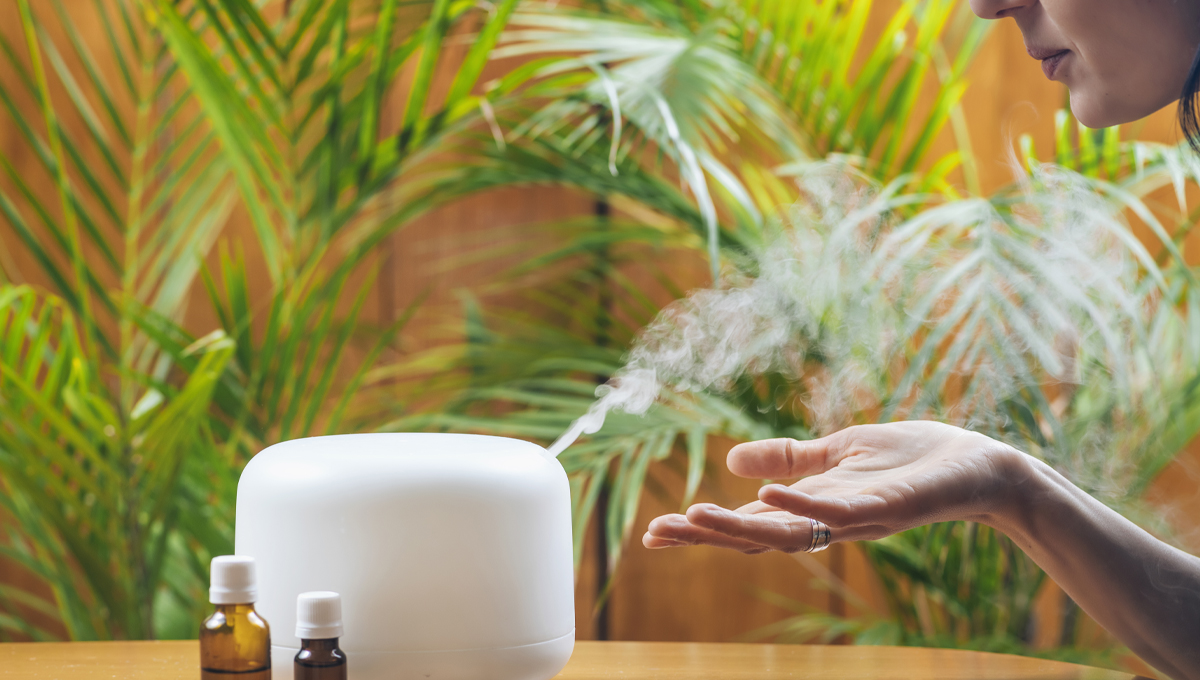 Steam therapy has been in practice for decades. In the period of Greeks & Romans, it is still in practice to improve health status & well to be. Romans are considered as pioneers of a steam bath. Roman used a natural steam bath, which was supplied by hot springs’ water from underground. The concept of steam therapy originated from the inspiration of health benefits & advantages of a steam bath. Steam therapy is also known as steam inhalation therapy or steam inhalation.

Due to the current pandemic of COVID-19 that we face, many questions arise about steam inhalation, whether it is helpful or not?. To answer this question, a brief overview of steam therapy is being provided from the aspect of promoting knowledge & info.

Steam therapy involves the inhalation of air with water vapors. Steam therapy works by producing warm & moist air & make its route to lungs through nasal ways to give its therapeutic effect. It is the oldest known method to mankind that was used to treat the disease associated with the respiratory system. Steam inhalation has been in practice for treating cold & flu due to seasonal change 0r due to any allergy & infection.

Three strong reasons that favor the use of steam :

Everyone has listened to the folk story & remedy of taking steam to avoid cold & flu. It raises the question of whether steam works or not?. Why is it used as a remedy ?. Is it beneficial or not? Well, the most important fact that needs to be mentioned is that steam therapy is favored by the three most powerful reasons that support the use of steam & that’s why steam therapy gains so much popularity. These three reasons are as follows.

Steam is a 100% natural agent that is free from any artificial or synthetic compound. It comprises of moist & hot vapor vapors that don’t scare people in terms of inhalation. Our body consists of water 50 – 60 %. Water is the essential agent require for life, so steam is a natural agent that favors its use among people of all ages. Parents don’t hesitate to ask their child to use steam fo inhalation.

Steam is cheap & not expensive for any class of society. It is the most affordable therapy that does don’t need any costly equipment. Its cost-effectiveness makes it the most favorable therapy for people of all age groups. The traditional methods of taking steam only need water, tub or bowl, stove to heat water & a towel. No use of electricity until you choose some advanced equipment like a nebulizer.

Steam therapy is in practice since 3500 yrs from the Egyptian & Greece Roman periods. Ancient Egyptians build bathhouses for this purpose. These houses comprise of double story building that serves as hospitals, beauty parlors & public bathrooms. Evidence of steam room that has been discovered by Archeologist confirm that people of ancient times considered water as a river of life & try to treat their disease with water.

Steam therapy that includes steam inhalation or steam bath, has multiple health-related benefits. We categorized these benefits into the following categories to highlight the importance of steam for different purposes & health-related issues.

1. Use of steam to aid disease of the respiratory system:

The respiratory system consists of nose, nasal passage, windpipe, bronchioles, alveoli & lungs. Disease-associated with respiratory systems sometimes needs a nasal route to administer medication in the form of inhalers or nebulizers. Steam helps to aid some common respiratory diseases in the following way.

2. Use of steam for skin nourishment:

Steam therapy is used for skin nourishment in beauty parlors & skin clinics for its surprising effects on the skin. The effects of steam on the skin help the females in their everyday life to take steam therapy as it is cost-effective & less time consuming with enough good results. The benefits of steam therapy to the dermatological point of view are listed below.

3. Use of steam or sterilization:

Sterilization is the process that refers to complete removal & eradication of microorganisms from nonliving surfaces. Sterilization is usually required for the surgical process & in industrial areas. Heavy & expensive equipment is installed to perform sterilization in many ways, either using dry air or steam. The stem can be used for sterilization at home for various instruments & devices of personal use.

4. Influence on steam on the overall body :

Irrespective of a positive result of steam on respiratory system & skin nourishment, it has several other benefits too that are advantageous for overall body health.

Steam therapy comprises of two techniques either to inhale steam or expose the overall body with the steam by taking a steam bath. The difference between steam inhalation & steam bath is of “exposure.” Steam inhalation has its own benefits that need to be highlighted prominently.

Previously inhaling steam was considered to cure infections; however, modern evidence proves it wrong. Steam inhalation does not cure any infection but gives relief from symptoms of

How to take steam therapy:

The effectiveness & therapeutic benefits of any therapy, either steam o massage therapy highly on its methods & technique. The improper or incorrect method will reduce its effectiveness. The Correct Methods to take steam & get benefited from it is mentioned as follows.

The traditional method of steam therapy is quite simple. The objects need simple too. It requires water, stove, towel & large bowl or small tub. Warm the water till it reaches boiling point & keeps it will lid so they vapours will not escape into the environment. Remove the container having warm water from stove & remove lid slowly. Then cover your face all around by the towel. So the vapours from steam cant escape into the environment. Inhale the fumes by taking deep breaths for about 4 to 10 minutes.

Steam bath Involves the utilisation of steam for the whole body & not limited to the respiratory system only. For taking steam bath set your shows at which steam generates. Inhale this steam by running a hot shower.

Inhalers are portable devices that are convenient for people with respiratory disease to aid them at home. At the same time, steamers are the specialized equipment that is being operated by electricity & convert the waste in steam. Steam therapy using the steamer is much safer for children as compared to the traditional methods. There is no risk of burning from stove or splashes of hot water at all; Steamer enables the younger & elders to take steam therapy by themselves in safe mood. Facial steamers are also available for the derma process.

Steam burns are more damaging then skin burns by boiling water. It needs so much attention & careful behaviour while taking steam. If you suffer from rosacea, then skipping steam therapy is a wise choice as it will give your skin the worst effect by dilating blood vessels & redness. Here are some precautionary measures to avoid steam burns

Cure of injection demands the elimination of the causative agent that is a virus, bacteria, or any other protozoa that cause that infection must be killed & unfortunately, steam does not kill any virus or bacteria. It can give temporary relief from symptoms & make the body capable of fighting in a better way but cannot cure any infection.

Steam doesn’t treat & cure the cough; however, it can give symptomatic relief by removing the mucus from nasal passage. Secondly, steam can not reach to lower respiratory tract; therefore, it is not the right choice for treating chronic respiratory conditions without medications.

Steam is preferable for everyone:

Steam therapy or steam inhalation is not preferable for young children below the age of 10 years. It is stressful for them & often risky. Steam therapy is not the right choice for younger ones as it has a high risk of steam burns without any parental control & proper guidance.

Steam therapy is the oldest & most effective therapy known to humanity & still in practice due to its multiple benefits for health. It Is cost-effective, less time consuming & pretty easy to be adopted as a habit for the everyday lifestyle.