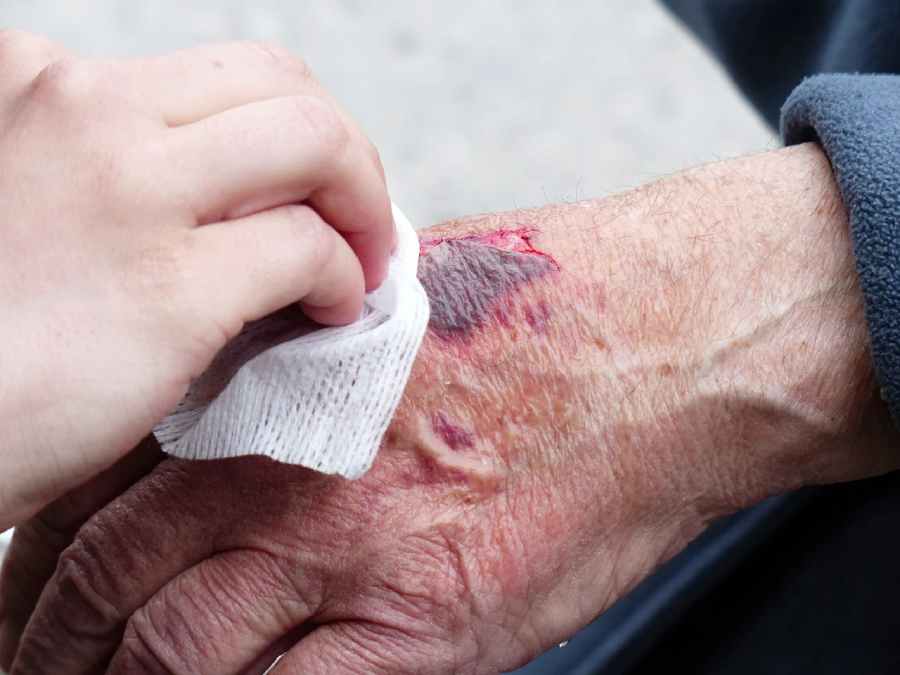 Have you heard or observed any wound, burn, or any injury which happens in the daytime and heals quicker in a daytime than the night time?  Where did this thought come from? How does this phrase become a fact and what are the contributing factors? These all questions are answered in this article.

Wound healing means the replacement of destroyed or damaged or injured tissue by new tissue. The wound healing process precisely depends upon 4 stages, they are:

The wound heals actively in the daytime! Where did this thought come from?

This thought came from the Medical Research Council”s (MRC) Laboratory of Molecular Biology, Addenbrooke”s Hospital, and the University of Manchester, in the UK, where they focused on the healing of burn victims with a series of experiments and retrospective database study.

Types of study used and their outcomes

The surface of skin cells named as keratinocyte were cultured in the laboratory, which showed outcomes like:

The time and day when an injury has happened, potential confounding factors, the severity of the wound, and time to treatment, all data are taken from the UK database of a burn injury which showed the following result;

This study could potentially have a huge impact on future medical treatments based on the science of circadian rhythm. like surgeons’ operation schedule and medication that can alter the circadian rhythm for healing.

Let’s see the wound healing contributor factors like a circadian cycle, fibroblast, and cytoskeletal protein. What are they, and how do they work?

The circadian rhythm is the innate timing clock that regulates living creatures (plants, animals, fungi, and cynoblast) naturally. It is also called a sleep-wake cycle or biological clock that repeats after every 24 hours, and these 24 hours rhythm or ticks-ticks are driven by the circadian clock.

The circadian rhythm regulates by sleeping and feeding patterns but is also responsible for other biological processes like body temperature, brain wave activity, hormonal activity, and cell generation. All these processes are highly active in the daytime because it is primarily inspired by the light (sleepy in the night and awake or active in a whole day is the best example of the light-related circadian rhythm.)

A fibroblast is a type of biological cell that provides the structural framework for animal tissues and plays an important role in wound healing. Fibroblasts are one of the types of connective tissue in animals, which has a speckled shaped nucleus and two or more nucleoli. Fibroblasts are an active form of fibrocytes that can be recognized by their abundant rough endoplasmic reticulum.

Fibroblasts play a significant role in an immune response to tissue injury, in which they initiate inflammation in the presence of invading microorganisms and influence chemokine synthesis through the receptors on their surface. Then immune cells respond and launch a cascade of events to clear the invasive microorganisms. Receptors of fibroblasts also regulate the hematopoietic cells to provide a pathway for immune cells to regulate fibroblasts.

According to the research, the Cytoskeleton protein is a vital contributing factor of wound healing at the cellular level and necessary to eukaryotic cell biology, being crucial to cell division, signal transduction, and pathogenesis.  Failure to properly repair injuries at the cellular level can result in the death of a part of the body.  wound repair is powered by the actin, myosin, and microtubule networks like assembling of a contractile actomyosin to the formation of protrusions from the cells at the leading edge of wounds, and the cell cytoskeleton is needed to precisely organize the dynamic process of wound repair.

Small GTPases from the Rho family are popular regulators of the cytoskeleton and particularly of transient contractile arrays such as observed in cytokinesis.

Factors which can alter the wound healing process

There are some of the pathological, physiological, and physical factors which alter the wound healing process. These include:

Q. What are the other things which can support wound healing?

Some other things which support wound healing are; rest, having a good nutrient diet, stay active and devoted to the daily routine, don’t smoke, and keep the wound clean and dressed with suitable dressing.

Q. Is there any medicine, ointments that can cure wounds by fooling injury sites and heals the wounds more quickly?

Ointments include Bacitracin and NEOSPORIN® + Pain, Itch, Scar,* which provides 24-hour infection protection and helps heal minor wounds four days faster than average and may help minimize the appearance of scars. But these ointments don’t cure wounds by fooling the injury site, they just keep the wound moisturized and clean from germs.

This research “wounds heal actively in day-time” explains that wound healing is more efficient during the active phase and could appraise future clinical practice and has clear translational potential. And provide clear evidence as to whether or not human wound healing is determined by the circadian clock. considering maximal healing supported by pharmacological resetting of restricted cellular clocks before an operation, such as through the topical application of chronoactiv drugs