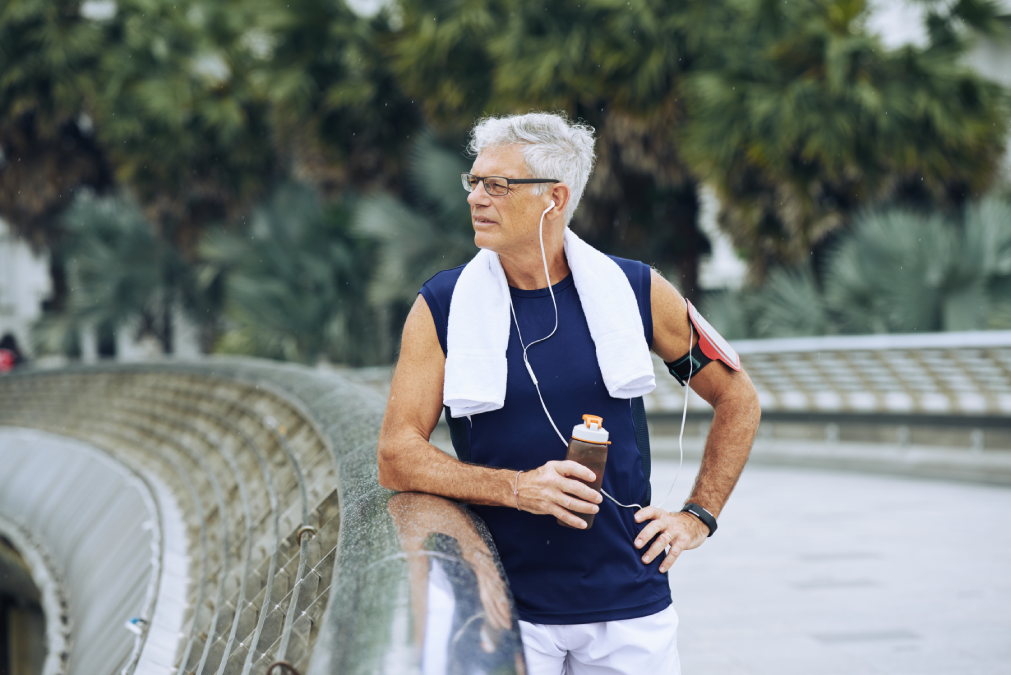 Aging is a natural process of growth, that we experience since birth. While you are getting old, you may feel a lot of changes going throughout your body. This actually us queries, What aging process is?

In this article, we will explore the aspects of aging which occur biologically, Physically, and Socially!

Aging is a continuous process, from birth to death, as the time passes and the person matures and experiences the world around. This span, from our first breath to the last one is called aging. We undergo several physical, psychological and social changes during the process of aging.

There are two kinds of people. Those who take good care of themselves and delay the aging process and those who spend life carelessly and face difficulties in the last days of their lives. In this article we will share some tips to make your life better.

Despite of being fearful or worried about the aging process, it’ll be better to be productive and accept the changes that occur.

When does a person become ‘old’?

When does a person become ‘old’? A question that might triggers your mind frequently. When a person crosses the age of 60-65, he is considered to be old and may retire from his/her work. But is it really so?

Well, in my opinion, a person becomes ‘old’ when his heart becomes ‘old’, i.e; when he loses hope. 60 or 65 is just a number, it tells nothing about the feelings and abilities of a person.

The aspects of getting old described below may seem to occur when you cross the age of 80.

What happens when a person becomes old?

As the time passes and the person becomes old, he might encounter certain changes; those which can be seen i.e, physical changes and those which can’t be seen, i.e, internal bodily changes.  These changes differ from one person to another.

Muscles lose mass and tone. This change can be observed prominently in the looseness of underarms skin, thinning of legs, etc.  While regular exercise can help reduce this effect.

Our skeleton weakens and the spongy material ‘cushion’ between our vertebrae flattens and loses its pliability. The height of the person shortens and gets a stooped posture. While simple posture exercises can help reduce this effect.

Several changes can be noticed in skin:

Secretion of saliva decreases which results in the dryness of mouth. Gums become weak because of which people lose some or all of their teeth. Your jaws shrink and you can notice some  change in the shape of your mouth.

Changes in taste occur due to decreased amount of taste buds, mostly in males. Bitter and sour tastes decrease slowly while sweet and salty tastes decline first. After a certain age you might be unable to distinguish between tastes.

The sense of vision begins to weaken. You might find things getting blurred. There are a lot more eye disorders that can be encountered.

Sense of hearing decreases as you age. It becomes difficult to hear what the others are saying. Sometimes you might be able to listen but could not understand.

The heart weakens and its capacity to pump decreases. Circulation of blood decreases due to the blockage in vein or arteries. The person may undergo certain cardiovascular problems.

Digestion slows as you age. More water gets absorbed from food waste because our system slows down which results in constipation.  Chocking of food becomes frequent due to decreased gag reflex.

There could be several changes in the urinary system:

The ability of females to fertile diminishes (menopause), shrinking the ovaries, and the vaginal secretions diminishes. In males, the mass of testicular tissue decreases and the level of sex hormones (testosterone) decreases, reducing the sex drive. The amount of sperms decrease and the frequency, length and stiffness of erections decrease.

As the person ages, his short-term memory decreases. Events that recently occurred become difficult to remember. You must write notes to remember important things and to deal with this problem.

All of us experience changes throughout our lives. Nothing stays forever. It is difficult for older people to adopt the change. They become stubborn. Their ability to understand things decreases. They take more time or more information to understand a situation.

Intelligence does not really decreases as the person ages.

A person may sometimes depend on others as he ages because he acts like a child and becomes stubborn. Well, that doesn’t mean he can’t make all the decisions or he needs someone to support him financially.  They need to be encouraged to their work themselves as more as possible so it’ll help them become more independent.

It is better to not just throw a stressful situation. One must just discuss the subject of the crisis to the older person to prepare him mentally and discuss it in detail later on.

Familial support, to older people, is limited, financially and emotionally. Middle-aged couples have many responsibilities other than their parents, so it becomes difficult for them to manage time for all their priorities. Well, one must give time and love to older people.

Every one of us loses things in life, whether it be objects, relations, abilities or opportunities. One must accept the loss in order to overcome it. Grief and anger are the two reactions to a loss. Both of the reactions are natural and may be expressed in different ways.

Death is a bitter truth of this world. We came in the world and it is obvious that one day we have to leave it. Everyone has to die, it is natural. The 5 major reactions to death are: denial, anger, bargaining, depression and acceptance. Not every person always experiences these stages, or experience them in the order listed.

Aging is a natural process of getting old. No one could escape from this. We experience certain changes in our body during the process of aging. People assume that being old means being weak, dependent and ill, which may lead to many psychological disorders, but not for everyone. People who take care of themselves, exercise regularly, take healthy diet and proper sleep in their younger age can reduce these aspects of aging and might increase their lifespan.