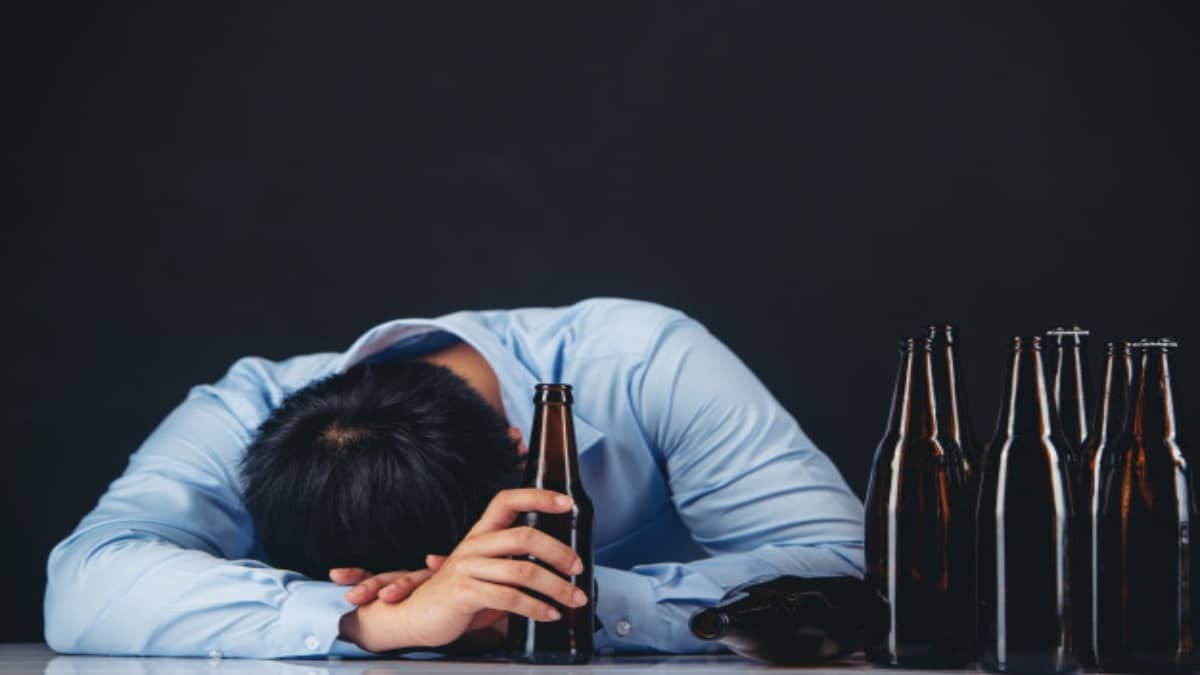 What is meant by alcohol withdrawal syndrome?

Alcohol withdrawal syndrome is a critical emergency situation that refers to the changes that the human body feels after a sudden stop of heavy alcohol intake. Long-term drinking of alcohol causes a soothing effect on bain. Alcohol consumption makes its consumer addicted to it. Sudden withdrawal from alcohol is dangerous for the brain as it disrupts the chemistry, balance between neurotransmitters and causes severe effects. These adverse effects of sudden alcohol withdrawal that cause tremors are termed alcohol withdrawal seizures.

In general, alcohol withdrawal syndrome is a combination of emotional and physical symptoms that might range from mild to severe and create life-threatening situations.

Symptoms of alcohol withdrawal syndrome range from mild to severe. For the diagnosis, patients must have exhibited at least two typical signs and symptoms from following mentioned list

In alcoholic withdrawal syndromes, seizures and hyperexcitability occur due to compensatory changes in GABA A receptors following chronic alcohol exposures. Alcoholic withdrawal seizures are reported to occur in approximately 10% of patients withdrawing from alcohol. It happens 7 – 8 hours after cessation of alcohol and appears to be tonic-clonic. Alcohol itself may induce seizures, so it needs a proper diagnosis to differentiate that either seizure occurs due to high blood alcohol level or due to sudden cessation of alcohol. Alcohol itself gives rise to other contributing factors like epilepsy that worsen the situation. Other contributing factors to seizures are

Most severe symptoms have the probability of occurring 2 hours after cessation. This rapid onset of syndrome needs either pre-planned hospitalization or fast access to medical care.

Six to 12 hours after the last consumption of alcoholic drinks tends to initiate withdrawal symptoms like nausea, vomiting, anxiety, and headache. Withdrawal symptoms may proceed to hallucinations, tremors, confusion, and agitation after 12 to 24 hours of cessation of alcohol. Usually, the patient’s condition begins to improve after 48 hours, but sometimes withdrawal symptoms continue to increase in frequency and intensity. This condition gives rise to severe health problems like seizures, hallucinations, and fever that may last from 4 to 12 days.

Possibility of seizures should be anticipated at 24 to 48 hours following the last ethanol ingestion. Alcohol withdrawal seizures carry the risk of death for the victim.

Individual who are at high-risk for alcohol withdrawal syndrome

AWS is most commonly observed in adults and teenagers who consume excessive alcohol and may also experience the symptoms. If you have previously had withdrawal symptoms or needed medical detox, you are also at a high AWS risk. The centers for disease control and prevention explain heavy drinking as more than 15 drinks per week for men and more than eight drinks per week for women. One drink is equivalent to the following:

If you are experiencing an alcohol withdrawal syndrome from drinking, then it’s a sign that you may consume enough alcohol to damage other organs. It gives a clue to your doctor to proceed further by examining you carefully though

Your doctor may ask a few questions to examine your memory and power of recalling recent events like:

Home care helps to treat and manage mild symptoms of AWS. A friend or relative must stay with you to observe your condition and call an emergency or get you to the hospital immediately.

Only Management of mild alcohol withdrawal symptoms is possible at home.

Severe symptoms of AWS like seizures, vomiting, and delirium tremens require hospitalization. Hospitals are the safest place for patients under the supervision of professional health care. Treatment for delirium tremens in an intensive care unit (ICU) is often required. Your heart rate, blood pressure, oxygen saturation, and breathing pattern can be easily monitored and controlled in an ICU. Following medical conditions need hospitalization:

Benzodiazepine is a class of medication that is required to treat alcohol withdrawal syndromes. Long-acting and short-acting benzodiazepines differ in their duration of action. It’s important to note that the combination of benzodiazepine with alcohol leads to intense and severe type of adverse psychological effects that may give rise to suicidal thoughts. Therefore alcohol during treatment with a benzodiazepine is strictly contraindicated. Most commonly used benzodiazepines

Alcohol has serious effects on the CNS that give rise to Alcoholic withdrawal syndromes upon immediate cessation of alcohol. Seizures and hyperexcitability may develop in alcohol withdrawal. Individuals who are used to excessive consumption of alcohol must consult with health care professionals to take the right steps for alcohol withdrawal. It should be taken into serious consideration to avoid any life-threatening situations.