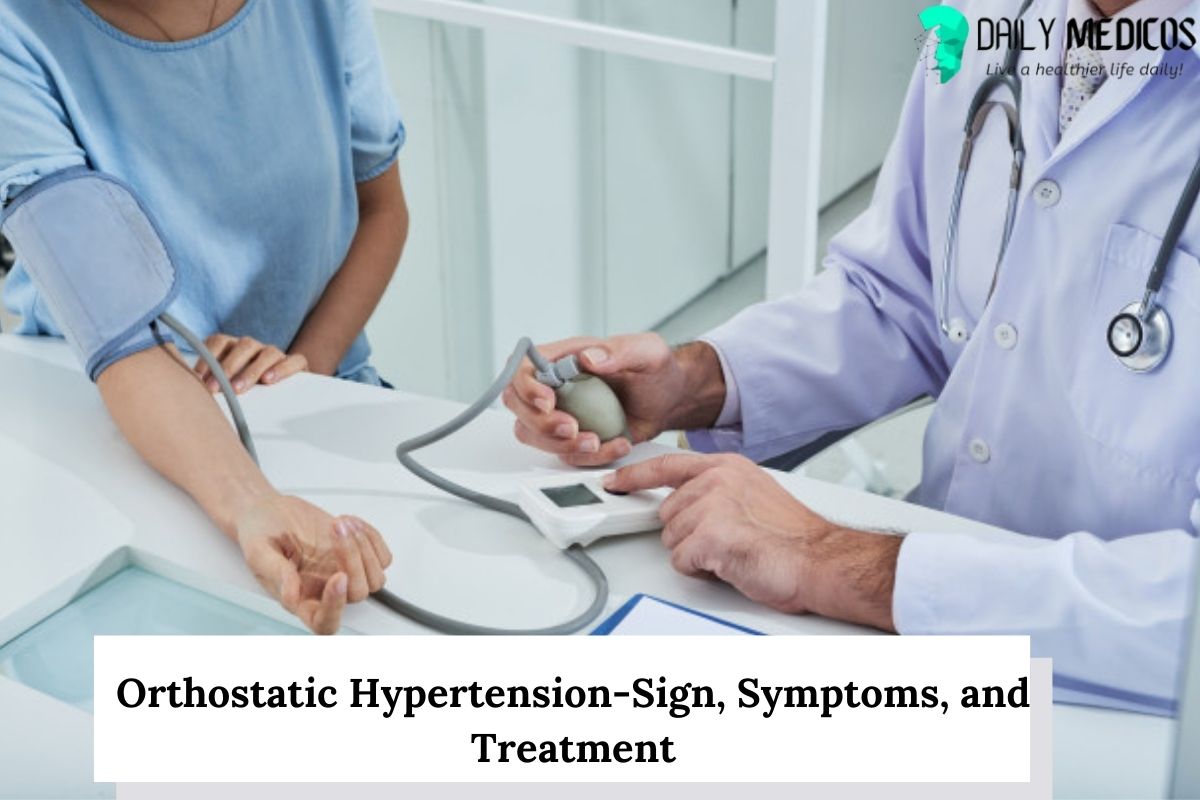 An abnormality in the cardiovascular autonomic mechanism triggers orthostatic hypertension. In healthy individuals, blood pressure decreases upon standing due to blood being pooled in capacitance vessels below the diaphragm.

Also, 10% to 20% of plasma volume from the intravascular compartment is forced by hydrostatic pressure in the interstitial spaces within 15 to 20 minutes of standing. In presence of such a mechanism, an increase in blood pressure is medically too shocking and unexpected.

How Orthostatic hypertension is linked with other disorders

Its pathophysiology and the exact cause are still unknown. Research and studies are in the process to explain and define its mechanism of occurrence and etiology in a more definite and authentic way with enough clinical and statistical evidence.

Diagnosis of this undefined medical disorder is fortunately straightforward, i.e to measure the blood pressure of the patient in the supine and upright position and evaluating the difference between these two values gives an idea about the presence or absence of orthostatic hypertension.

Usually, an increase in 20 mm Hg of BP in an upright position is considered as an indication of orthostatic hypertension.

Readings should be taken more than one time to check the reproducibility of results as patients with essential hypertension show more variable BP readings as compared to healthy normotensive patients.

Currently, there is no official treatment for orthostatic hypertension. Treatment for this disorder still follows a trial and error experiment strategy. However, some medications that have been successfully used for its treatments are

In severe cases, specialists go for the infusion of normal saline through IV for hypovolemia to bring the blood pressure and volume to safe levels. Blood pooling issues along with this disorder can be managed by pressure garments over the pelvis and lower extremities.

Patients having other underlying conditions such as essential hypertension or diabetes Mellitus type two should be treated accordingly.

How to measure orthostatic blood pressure

Orthostatic blood pressure can be determined by observing the difference in blood pressure while sitting and in an upright posture. It is relatively simple and consists of the following steps

Here are a few medical conditions where orthostatic hypertension is a notable feature.

Essential hypertension in the elderly

A better understanding of its pathophysiology will be more helpful in its management and treatment. This illness has still many undefined questions that required focused basic science and clinical inquiry.